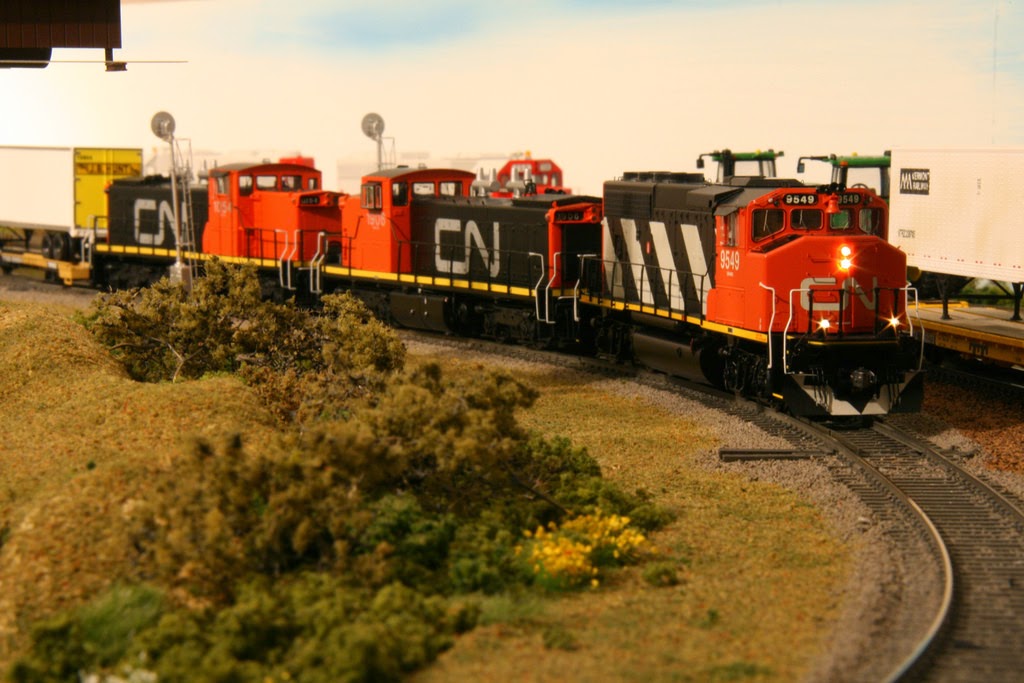 So far, I’ve featured two Great Canadian Model Railroads in Australia (Andreas Keller's Fergus Sub., and the Thompson River Canyon down under) and one in the United Kingdom (Chris Round's Stoney Hill). 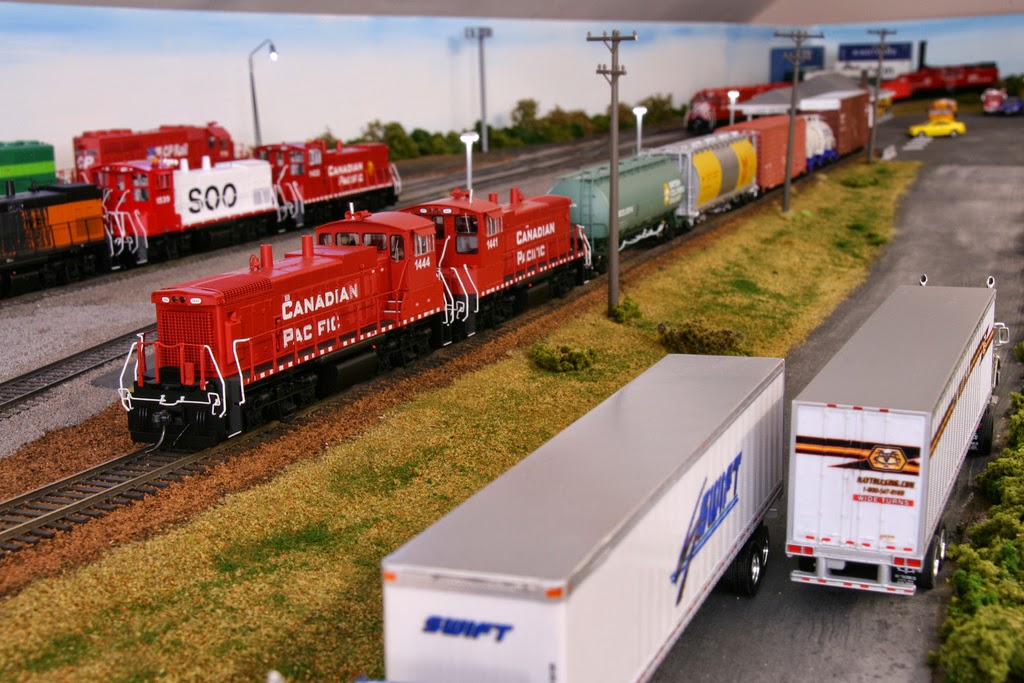 The 17 by 12 foot around-the-walls layout is named after the area where Gareth lives. 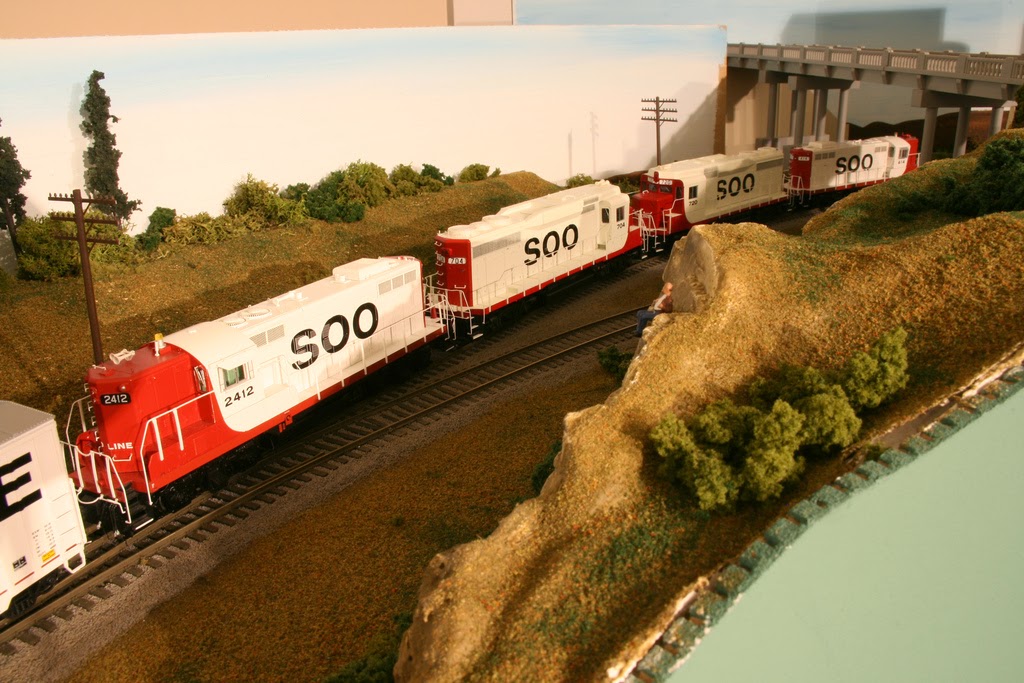 It features CP, SOO, CN and VIA, although BC Rail, Grant Trunk, GO Transit and Cape Breton & Nova Scotia units, along with locomotives and rolling stock from Irish railways, also make appearances.

Freight cars come from many manufacturers, but the main source of locomotives are Rapido, Bowser and Intermountain. 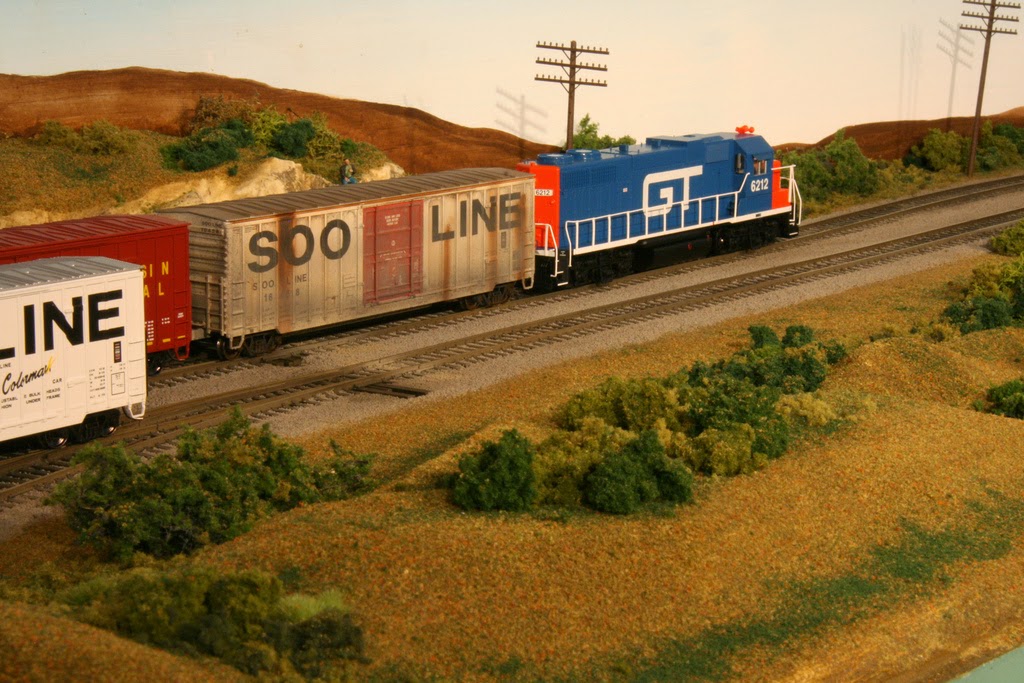 Gareth's favourite train is Rapido's "The Canadian" in Via Rail. He uses Lenz DCC to run the trains. 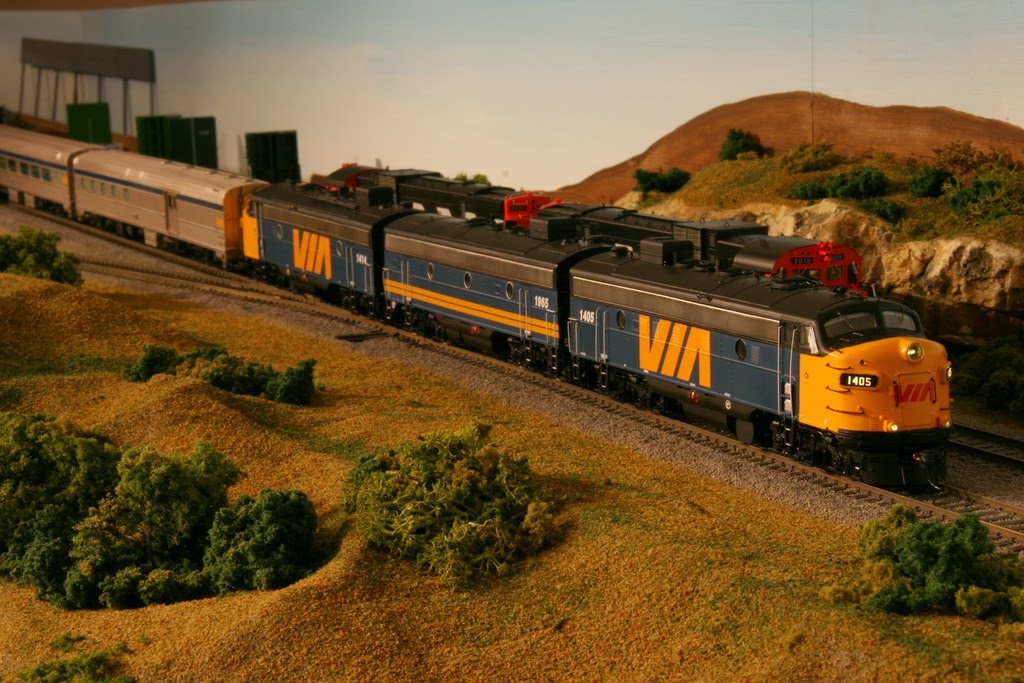 The layout can be run as a loop, if Gareth just wants to relax and watch the trains, or he can do switching in the yard as trains drop off or pick up cars from or to local customers.

The entire layout is scenicked. Gareth says he’s not that good at scenery, but I think he’s done a good job. 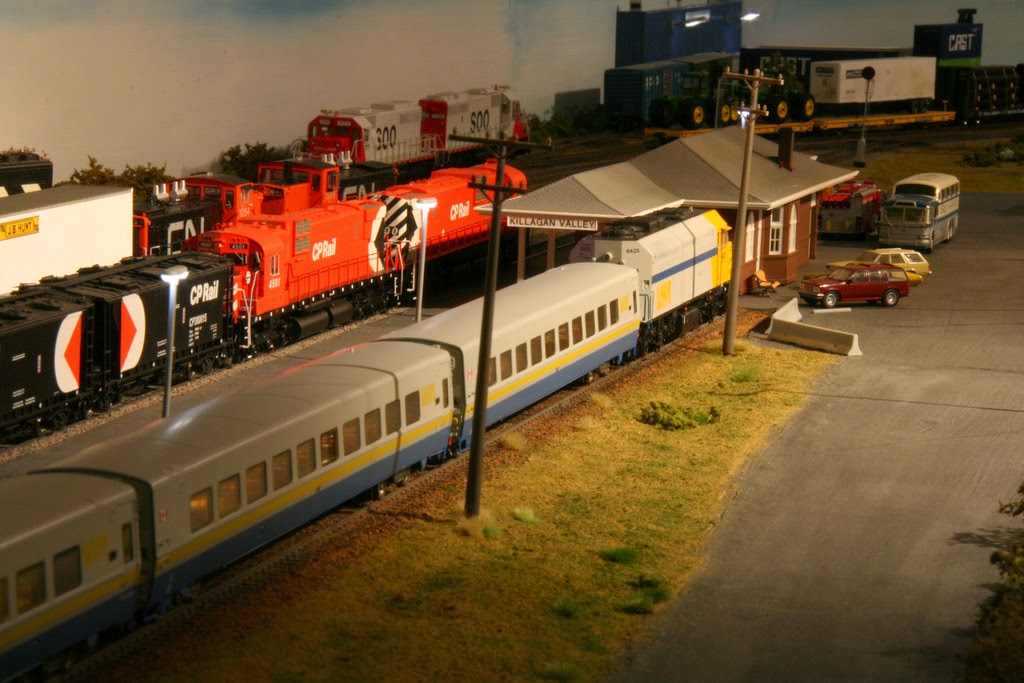 Gareth got hooked on Canadian railways during a visit to relatives Vancouver in 1996. He tries to get back to Canada every five years or so to see a few trains and keep motivated.

He also built a 17 by 2 foot O scale layout he can take to shows. Called Avonlea, it takes its name from a visit he made to Prince Edward Island. It is based on the classic John Allen timesaver plan. 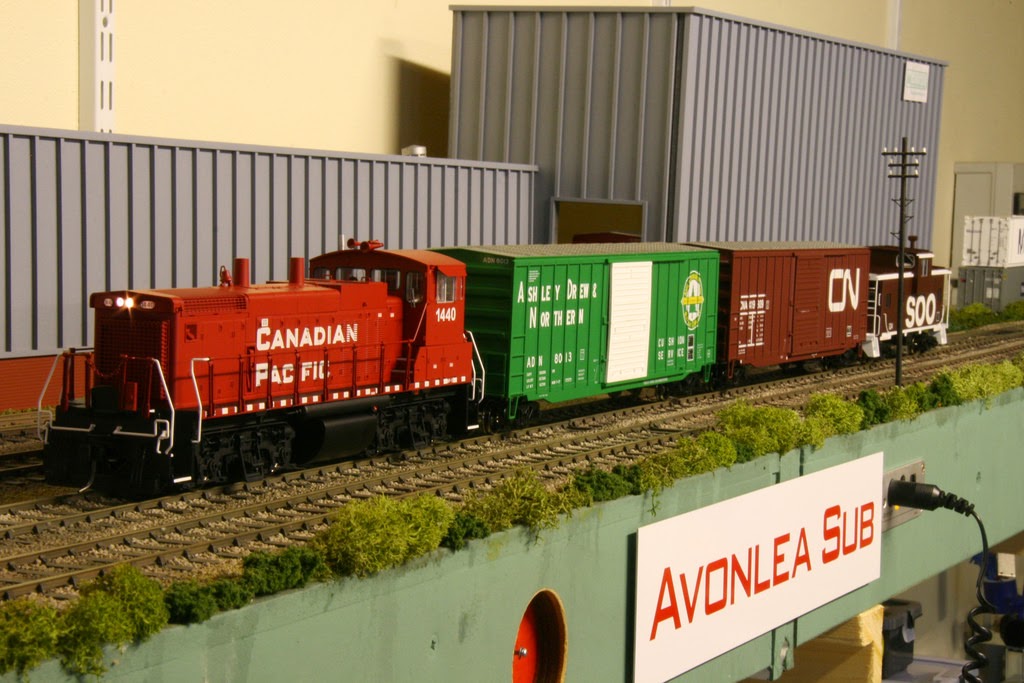 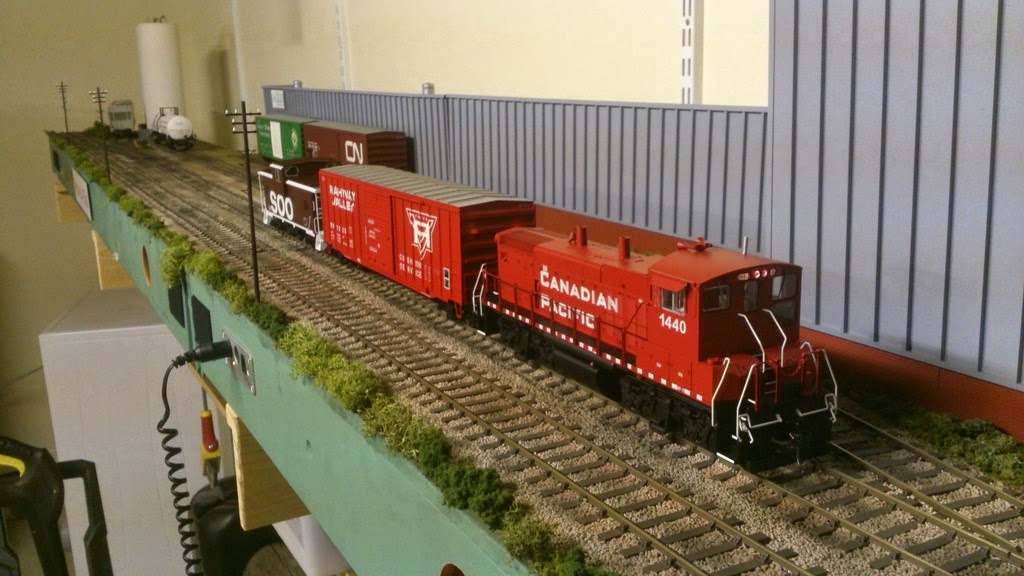 I’ve always wanted to visit Ireland; now I have another reason to go—the Killigan Valley Sub.!

You can see more photos of Gareth's Killigan Valley Sub. on his Flickr page. 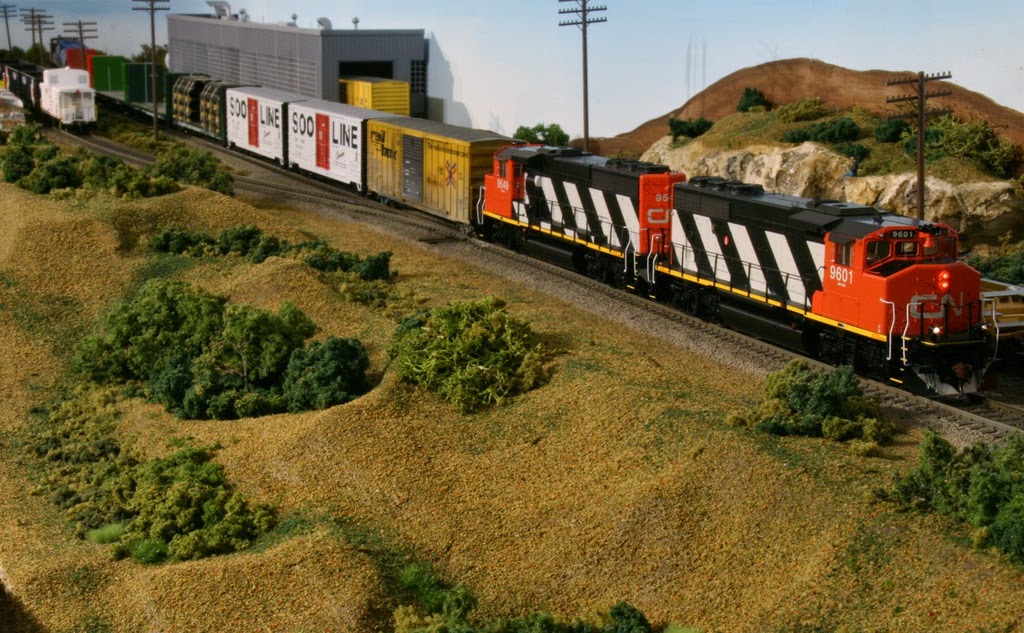