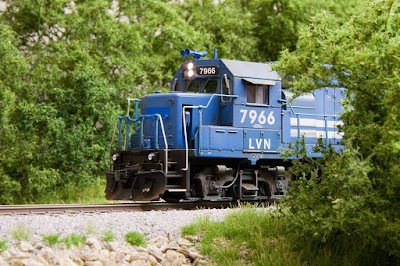 What is it with those European model railroaders and their great photography and modelling?

A scoot around the Web brings up some fantastic pictures by modellers from places like Germany (Josef Brandl), Switzerland (Stefan Foerg), France (Phillipe Coquet), and now Sébastien Georges of Belgium.

On that group page, Sébastien says he is modelling an area in the northeast U.S. close to the Canadian border. 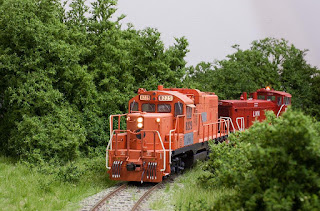 So why do those Europeans produce such great models and photos? I don't know.

One possibility is that having smaller layouts, or just dioramas, they have the ability to devote more time and effort to smaller scenes. (Like those trees; they are amazing!) 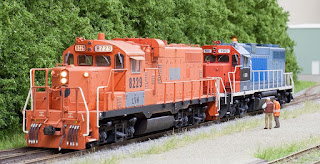 This is unlike some of us in North America, who have large basement layouts.

Whatever the reason, I'm just glad we get a chance to enjoy great modelling like this. 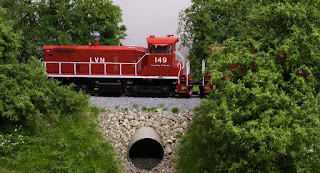 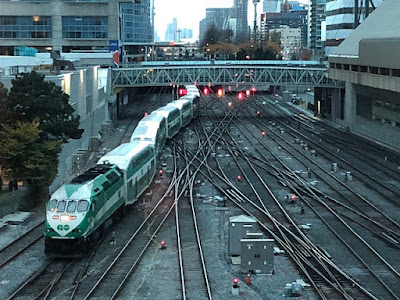 A business trip recently took me to a convention in Toronto.

The convention was held at the Metro Toronto Convention Centre—a great place for watching trains.

The convention centre spans both sides of the busy downtown mainline trackage leading to nearby Union Station. 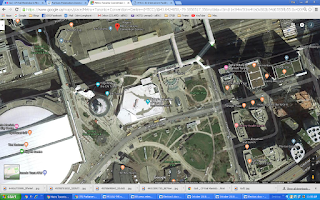 Union Station is home to three railways: Go Transit, the commuter line that serves the Greater Toronto Area; VIA Rail; and the Pearson UP Express, which connects downtown to the airport.

To get from one side of the huge convention centre to the other, you need to cross the tracks on a bridge. This is a great place to be during the morning and afternoon rush. 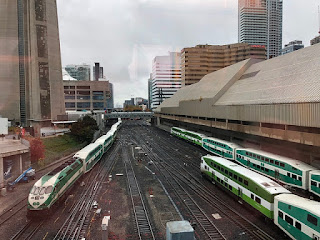 Photography isn't the best, since you have to shoot through windows and there can be a glare. But hey: Trains!

There are other nearby uncovered bridges and spots where you can stand on to take photos, if the weather is good. (Or even if it isn't.) 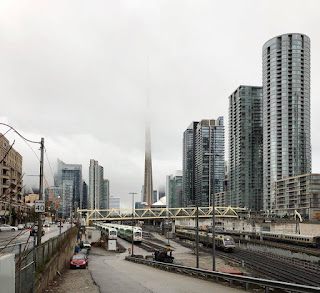 And you can also walk outside and see an early GO Transit car at the nearby John St. Roundhouse and railway museum. 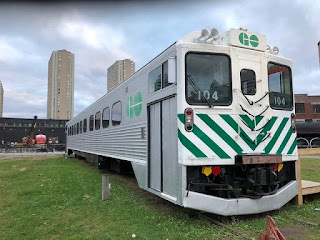 A walk to the west down Front St. takes you to the storage tracks where GO trains tie up between the morning and afternoon trips. 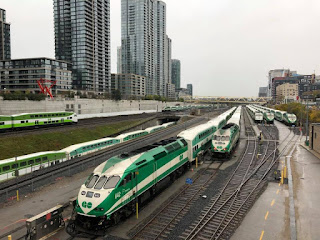 In other words, it's a great place for a convention for a railfan. 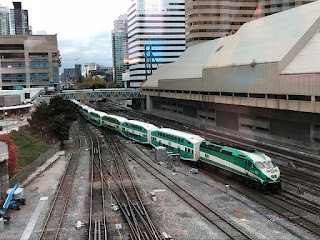