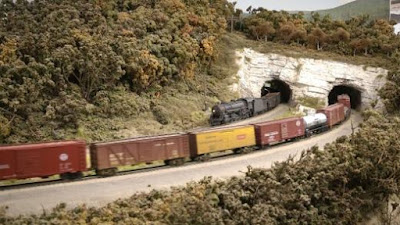 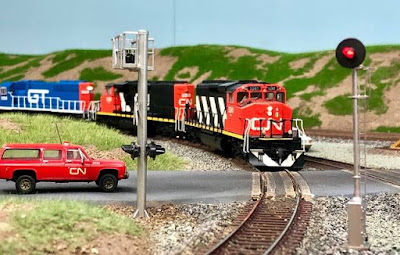 As you may recall, the first word I wrote was: “Wow.”

Well, “wow” again—this time about the club layout Evan is involved in.

The layout, which features modern Canadian railways, is in a 24 by 24-foot room in an old school, going around the walls with a central peninsula. 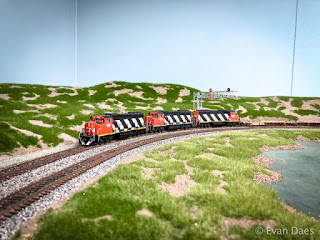 In an adjacent room there is a loop of track to connect to lower staging level. The club plans to add an extra loop and coal loading facility. 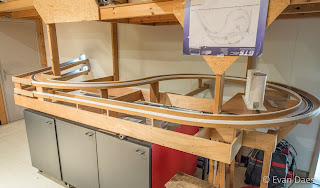 The layout, which is still under construction, features prototype areas such as Alyth Yard and engine terminal in Calgary, Blackie, AB and Ashcroft, Elkview mine and Sparwood, BC. 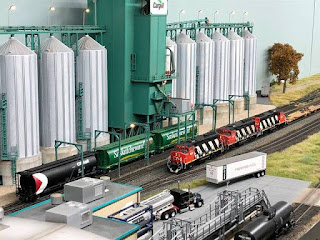 One of the special highlights is the Cargill elevator. I asked Evan who made it.

“Everybody of the club made a contribution to the building,” he wrote. “One specialised in the lights, another built it and another painted.

The silos are from a Walthers cornerstone kit, and the rest is scratchbuilt based on pictures found on the web, he says. 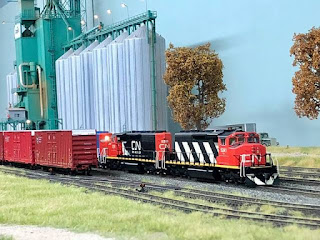 The building is “totally made out of styrene,” he adds, with things such as conveyors a mix of scratchbuilt and kit bashing.

“Altogether, seven members worked on it, including me,” he says. “So it’s a real club project.”

As for trains on the layout, they are a mix of CN and CP due to the interests of the members.

While most of the layout is permanent, two parts are modular: Ashcroft and Blackie. They can be taken to train shows.

For scenery, the club uses a base made out of Styrofoam, then covered with plaster cloth and Sculptamold. The ballast and dirt “are from mother nature, sifted to match HO scale,” Evan says.

The track is Peco Streamline code 83, with code 100 for the staging. 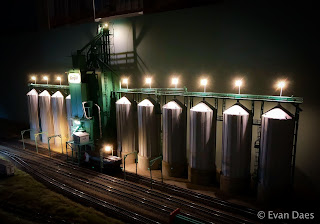 The layout is operated with walk-around DCC, with signaling and switches controlled by the dispatcher.

This is the second layout the club has built. The first was a portable layout, called the Nitinat River. It was set on Vancouver Island. It was featured in Great Model Railroads 2013.

“The goal is to organize operating sessions for visitors when the scenery is more evolved,” says Evan—so start planning your trip to Belgium now!

In addition to Evan, the other members of the club are Erwin, Erik, Paul, Alex, Xavier, Koen and Lode. 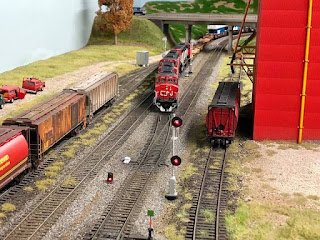 You can see videos of the layout by clicking here, here and here. 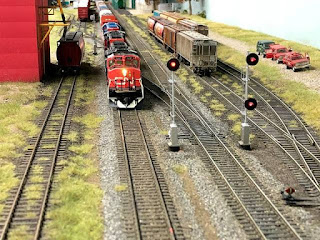 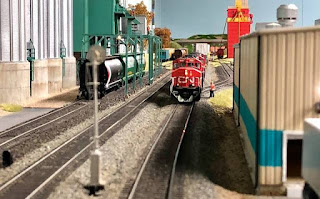 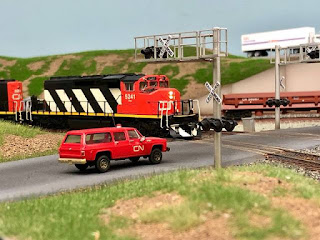 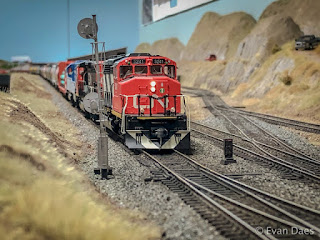