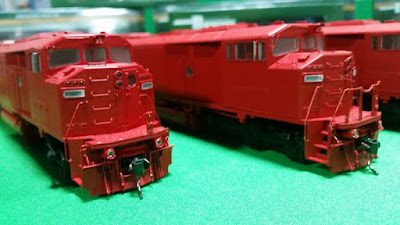 Samples of Bowser’s new Red Barn were on display at the big model railroad show in Springfield at the end of January.

After I saw the photos by Railroad Model Craftsman, I send a note to Lee English of Bowser for an update on the models—when would they be released?

“It should be three to four months,” he replied.

The delay in releasing the Red Barns is due to delays by Bowser’s builder, he adds. 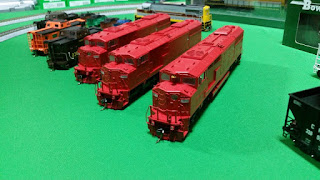 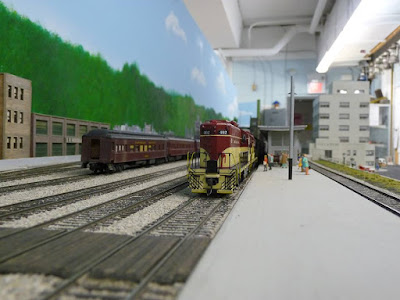 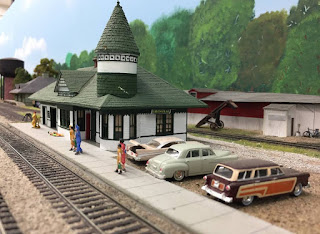 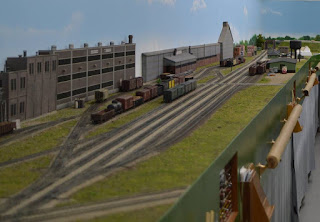 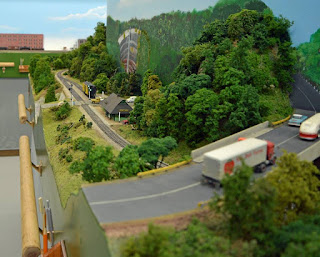 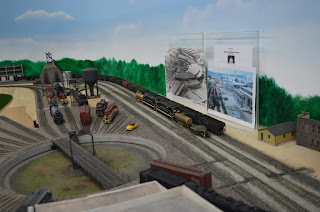 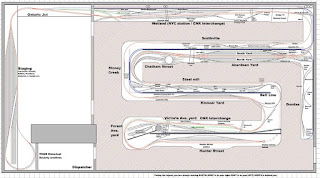 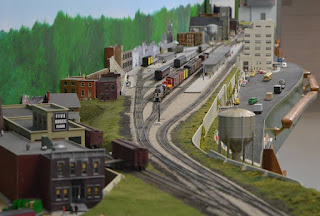 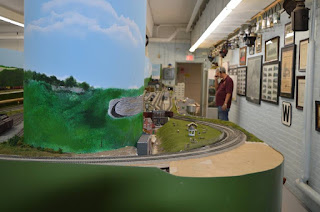 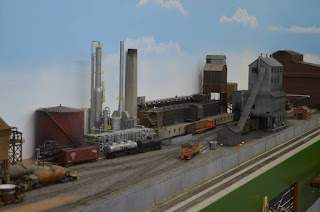 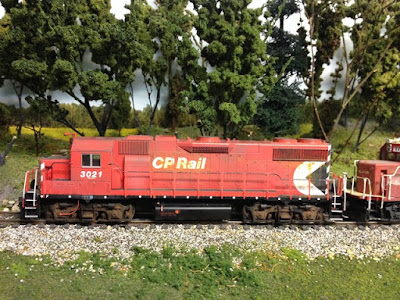 What I wanted, about 15 years ago, was another CP Rail GP38-2 for my locomotive roster.

From day one, it ran poorly.

I tried everything, to no avail.

I even had a friend who was expert in such things look at it. 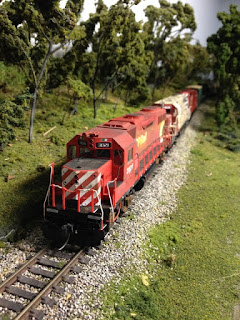 It didn’t matter how much tinkering was done: It just wouldn’t run well.

When it ran, the motor squealed. Other times, it wouldn't run at all; it would just sit there and hum.

Occasionally, it ran flawlessly, then reverted to its old ways.

(I'm not alone; a search online shows that lots of people had troubles with these units.)

Frustrated, I turned it into a static prop in the engine house in Fort Frances. 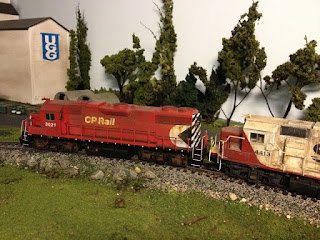 And there it stayed for over ten years, its nose sticking out of the door, just part of the scenery.

But last week I was bored, so I decided to try to fix it one more time.

In a fit of inspiration—or maybe just a fit—I decided to take out the motor and turn it into a dummy.

If it couldn’t pull anything, at least it could look like it was, in a consist with two other four-axle units.

And that's what I did. At first, it felt bad tearing a locomotive apart. But I got over it.

And now it runs perfectly! Those Proto 2000 units roll so easily once the gears are removed.

And after some weathering, it looks good, too, now earning its keep on the layout, running with two other powered GP38-2 units (from Atlas).

So I didn't get what I wanted, but I got what I needed: Another four-axle locomotive for the layout.

This is not the first time I have dissembled something I wanted to create something I needed on the layout. Click here to read how I took apart my finished and painted Rico station to make it fit better as a flat against the wall in the Fort Frances yard. 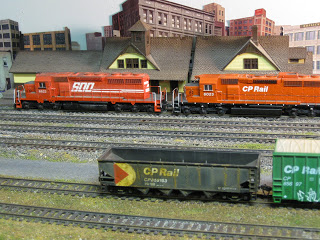 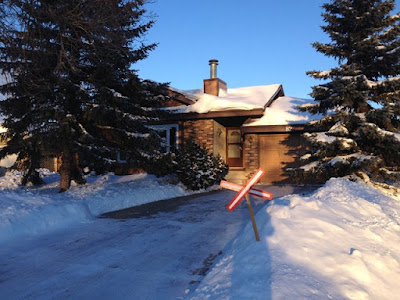 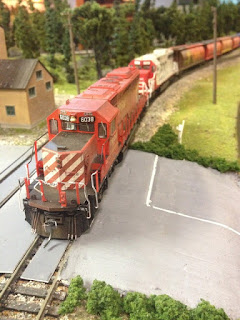 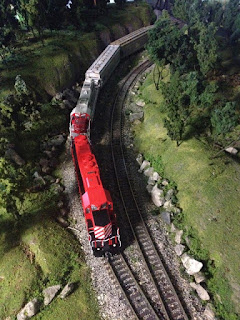 I was visiting the website of Brian Keay’s great Wolverine Lynx model railroad when I came across a word I hadn’t seen before: Ovlix.

On Brian’s layout, an ovlix is a version of a helix that is in the shape of an oval (oval + lix equals ovlix).

I immediately recognized the concept, since it is similar to the way trains traverse between the lower and upper levels on the Manitoba & Minnesota Sub.

On my layout, I also employ something that looks like his ovlix and does the job of a helix.

In my case, it goes around a 5 x 9 foot storeroom that also houses my upper and lower staging yards. 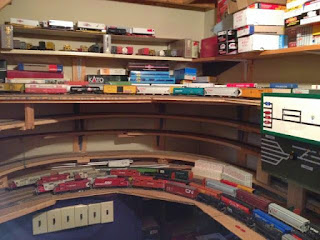 It’s like an ovlix, but larger. So maybe I can call it a rectix (rectangle + lix = rectix).

(Because the size of the room, I can't actually get far enough back to take a photo of the rectix. Plus, it is mostly hidden on one side and both ends.)

I think Brian is on to something, and maybe I am, too. In addition to the traditional helix (a circle of track that connects levels) and a nolix (where the track rises around the walls of a room, as on Bill Darnaby’s Maumee Route and Tony Koester’s NKP), we can now have words like ovlix and rectix. 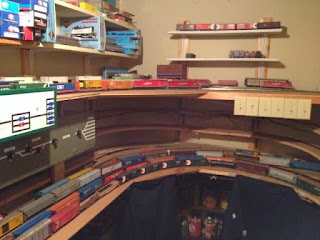