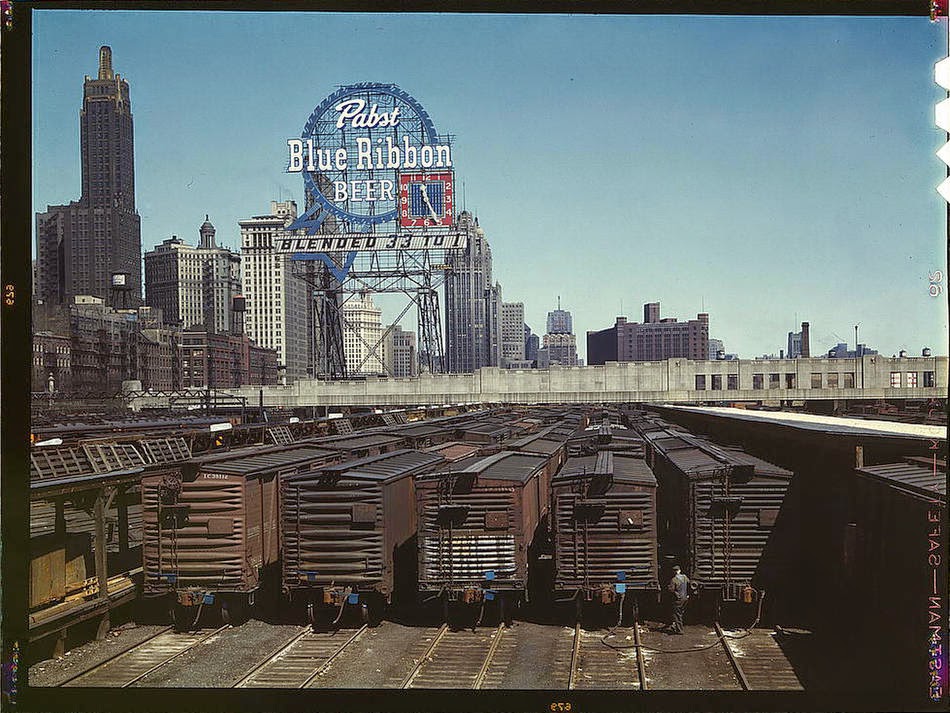 What colour was America (and Canada) in the 1940s?

On the one hand, the question seems obvious--colour is colour, after all. But few colour photos from that era actually exist; it's hard for those who model that period to know what it really looked like.

What colour were the bricks? The wood sides of buildings? The signs? Railroad cars and locomotives? 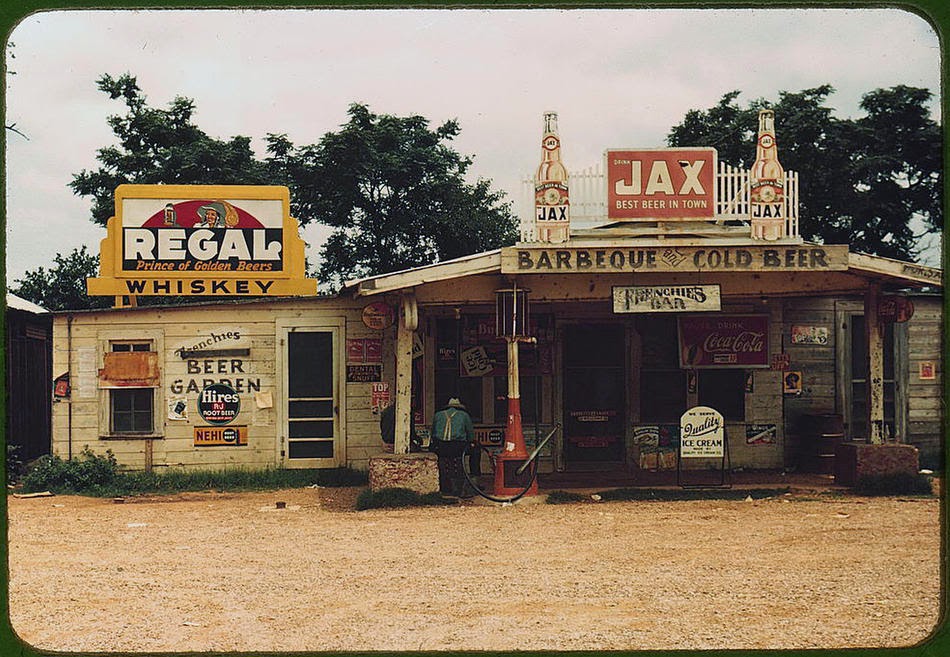 But a new collection of colour photos of the U.S. from 1939-43 has been posted on the Web. Taken by photographers working for the Farm Security Administration/Office of War Information, they are some of the only photos of small-town America during the depression and early war years. 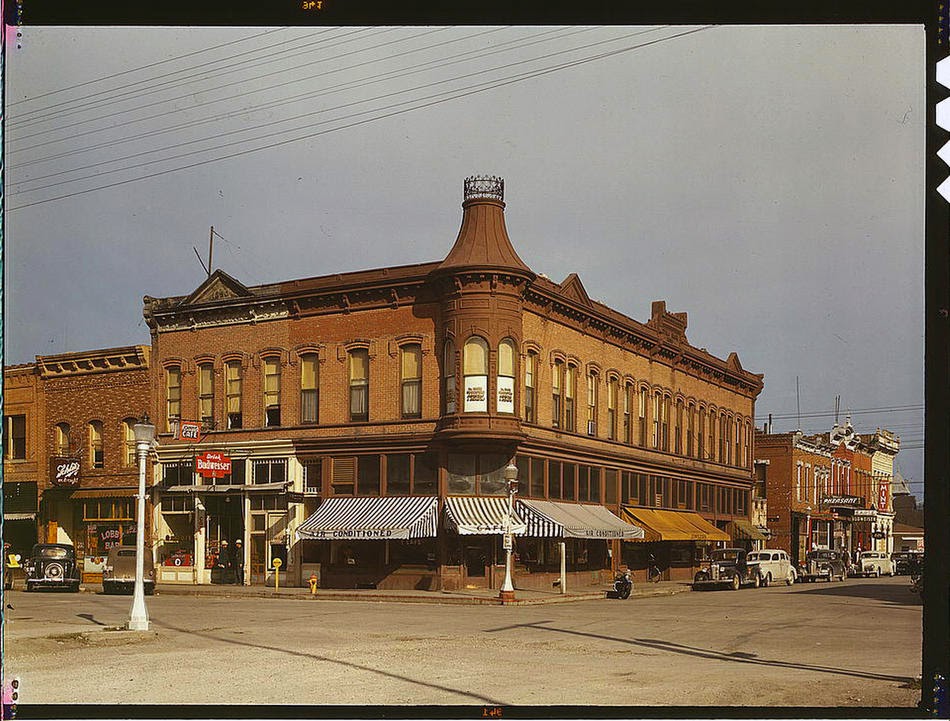 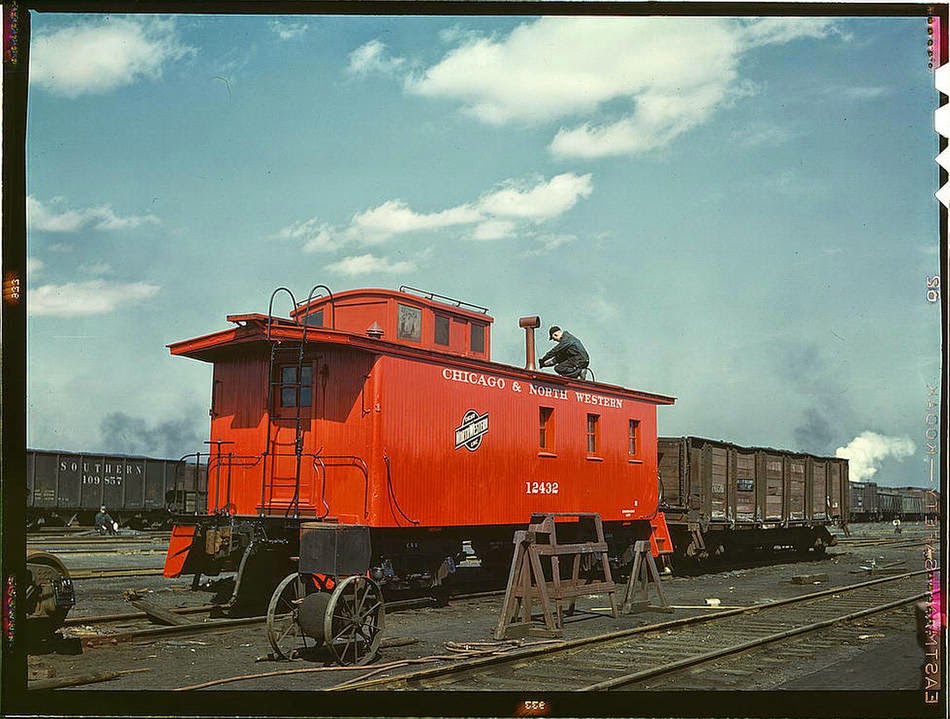 These photos are a great addition to those taken by Charles W. Cushman, an amateur photographer who took colour photos of America in the 1940s-60s. Click here to learn more about his collection and see some photos. 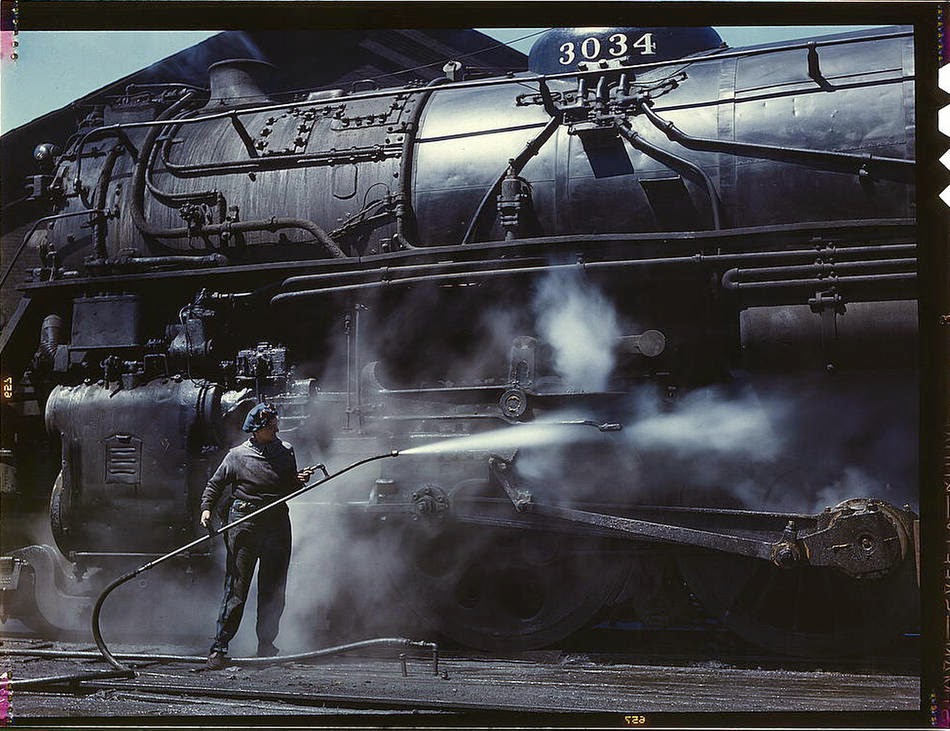 According to a press release posted by WRP, the deal was concluded August 28.

Carstens Publications’ final issues of the two titles are the June issues; future issues will be produced by WRP. Staff assignments for the two publications have not yet been finalized.

Existing subscriptions to the two magazines will be honored and fulfilled by WRP.

Included in the agreement is the Books Division of Carstens Publications, which will continue under WRP.

Business Trip on VIA Rail's The Canadian

Like many other people in business, I travel a lot for my work. About once a month, usually. And almost always by plane.

But not for my last business trip. For that one, from to , I took the train.

Why the train? Not just because I like traveling by train, but because it would afford me some much-needed time to work, think and plan.

Like many other people in management, my work can rapidly pile up. One reason why is all the interruptions; one study found that managers are interrupted, on average, every eight minutes. No wonder it’s so hard to get things done!

With my to-do list growing, and a trip to B.C. on the schedule for mid-August, I decided to find grab some quiet time for work by taking the two-day, two-night trip on VIA Rail’s The Canadian from Winnipeg to Vancouver.

For some, that’s a lot of time to be away from the office. But I had my “office” with me on my laptop, and the train provided great office space with wonderful views from the dome or Panorama cars.

Meals provided a welcome break, and a chance to get to know other travelers. I was able to enjoy meals with people from , , and , as well as from other parts of .

Along with good food, we were offered champagne and hor d’ouveres when leaving Jasper, beer tasting of local craft beers, movies and presentations by knowledgeable VIA Rail staff about points of interest along the way.

My trip also featured live music, in this case Rachel Capon and Eli Bender of the folk duo Hale & Hearty.

The two string players were taking part in VIA’s Artists Onboard program, which offers free or reduced-cost travel for musicians. In return, they played three times each day on the train, and once each in the and Jasper stations.

By the time we arrived in , we were about three hours late due to a procession of freight trains from the other direction. But we made up most of the time west of the city, especially once we hit the directional-running west of .

We arrived in ’s Pacific Central Station only an hour behind the scheduled 9:42 AM arrival.

As we rolled into , I could look back on time well spent. I had caught up on lots of work, and was also able to prepare for upcoming meetings.

Best of all, I arrived relaxed, rested and well-fed, and with a heightened appreciation for the size and beauty of this country.

A full article about my business trip on VIA Rail was published in the Sept. 13 issue of the Winnipeg Free Press. Click here to read it.

To book your travel on VIA Rail, go to www.viarail.ca

Carstens Closes: No Man, or Model Railroader, is an Island 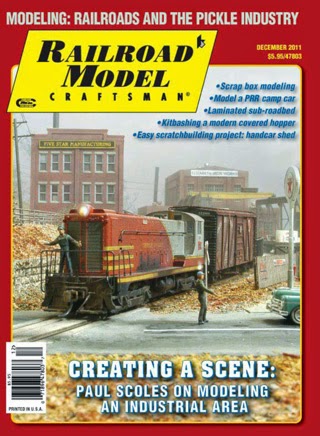 No man is an island entire of itself; every man
is a piece of the continent, a part of the main;
if a clod be washed away by the sea, Europe
is the less, as well as if a promontory were, as
well as any manner of thy friends or of thine
own were; any man's death diminishes me,
because I am involved in mankind.
And therefore never send to know for whom
the bell tolls; it tolls for thee.

That poem, by English poet John Donne (1572-1631), came to mind when I heard that Carstens Publications is closing.

Carstens is publishers of Railroad Model Craftsman and Railroad & Railfan, two publications I have come to enjoy. (I am proud to say that my layout has been published twice in RMC.)

Already, online forums are replete with comments from those who say: "Who cares? I get everything I need on the Web." And it's true; many of us do get lots of information about model railroading online.

But not all; there are many who still prefer a paper publication, even if that number is declining. I hope, especially for their sakes, that a buyer for RMC can be found to keep it going.

It's true that there are lots of websites and videos that can show you how to do just about anything in model railroading these days.

But, as with most things, you get what you pay for; with RMC, and with other publications, you could at least be assured that someone had vetted and edited the article, and made sure it was worthy of passing on to readers.

The last report I heard is that there are people who are interested in buying RMC; let's hope that happens. We will all be better for it being around.

Click here to read another reflection on model railroad magazines from an earlier posting on this blog.
Posted by JDL56 at 2:13 PM 1 comment: 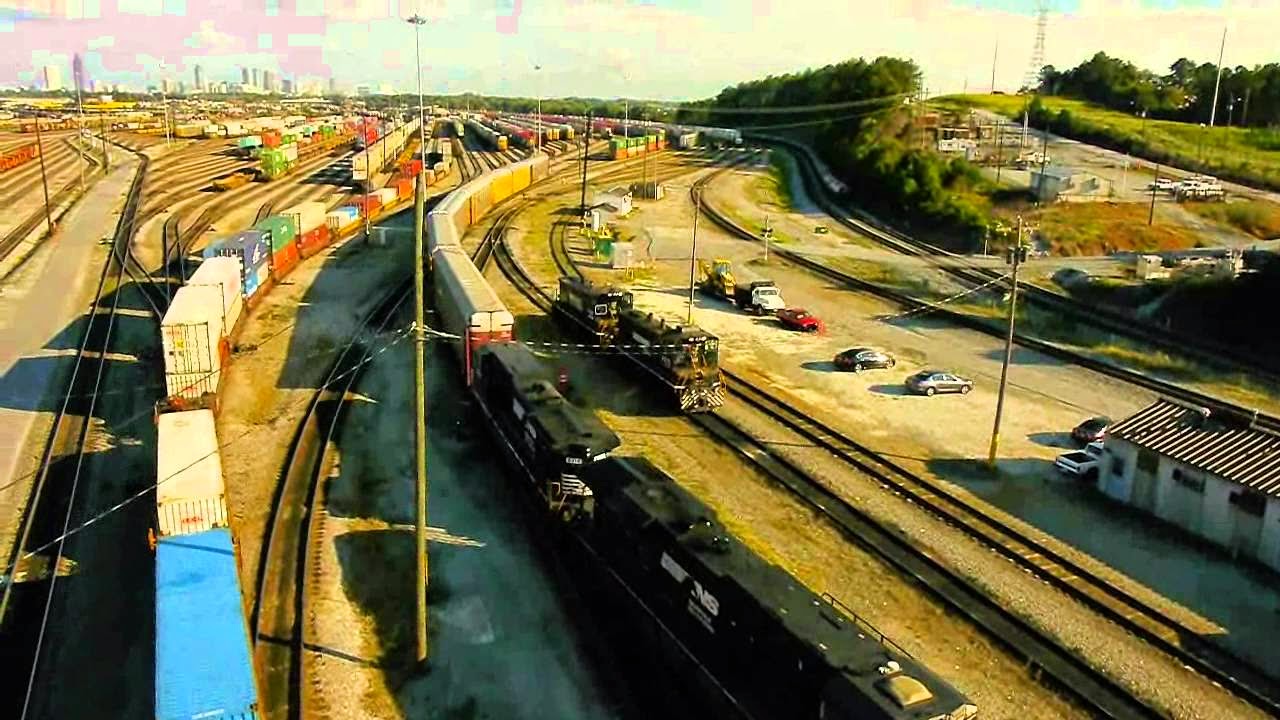 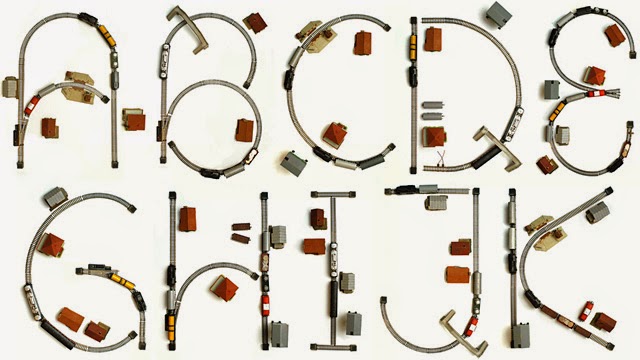 Type “famous model railroaders” into Google and you get over 22,000 results.

A number of the links lead to model railroad forums, where people talk about all the famous people who share our hobby.

The most recent celebrity discussion was set off when Rod Stewart visited Central Hobbies in Vancouver after a concert in August.

As model railroaders, we really seem to like it when famous people share our hobby. Somehow, it seems to validate our enthusiasm for model trains. If they like it, too, it must be OK!

But what about infamous model railroaders? A Google search doesn’t turn up anything. Which is probably a good thing. Who’d like to know that criminals or scandal-ridden politicians like trains?

I can think of one infamous model railroader—very infamous: Hermann Goering.

Yes, that Hermann Goering, head of the Luftwaffe in World War Two and heir-apparent to Hitler at the end of the War.

IMPORTANT CAVEAT: In no way does this blog post condone or promote Nazi Germany, Goering or anything related to Nazism. I am simply reflecting on his interest in model railroading.

Goering owned two layouts in his East Prussian country estate, called Carinhall. One was located in the attic, one was in the basement. Both were destroyed when he blew up the building before its capture by the advancing Russian forces.

Only a few items seem to have survived; a few buildings that date from between 1933-45. Click here to read an article from Bloomberg news about them.

One person who has done a lot of research into Goering’s fascination with model trains is Paul Deardorff of Marklin Stop.

According to Deardorff, Goering's two layouts were by Marklin. Apparently, one of the layouts had a miniature airplane that “flew” over the layout and dropped wooden bombs.

Again, no promotion of or apology for Goering or the Nazis is intended—just a note about what might be a little-known and more infamous aspect of our hobby. 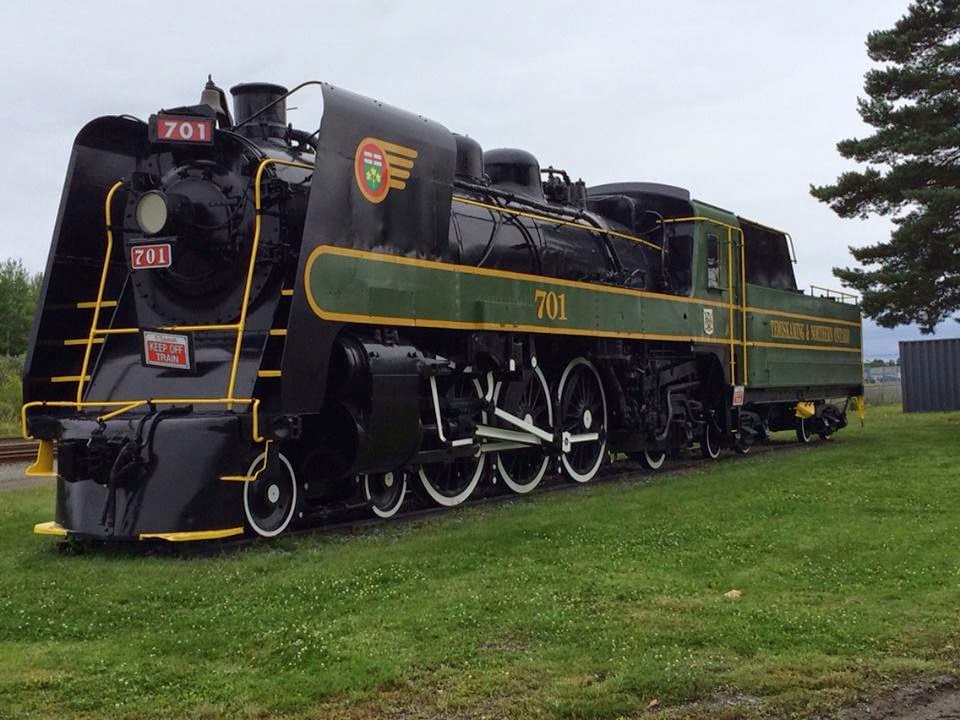 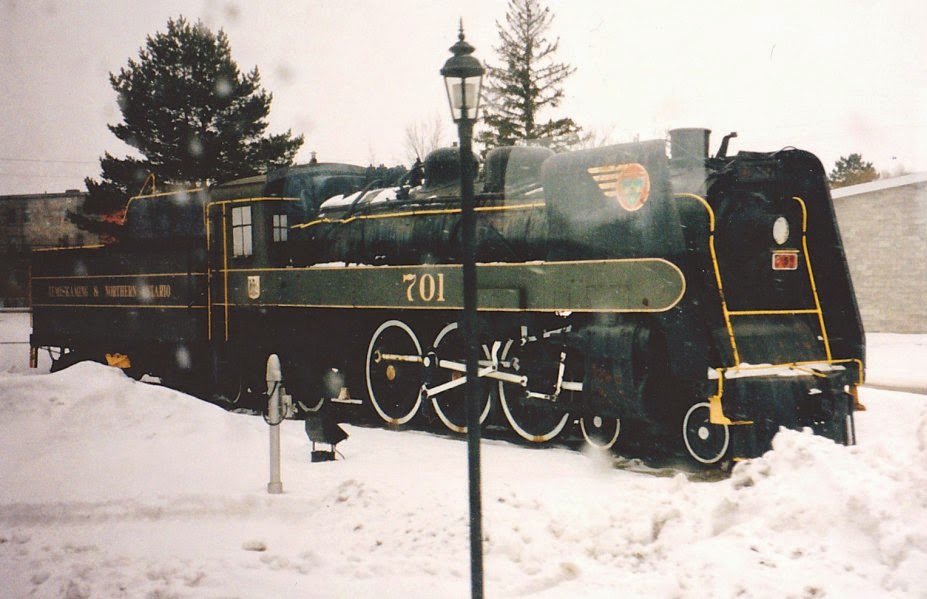 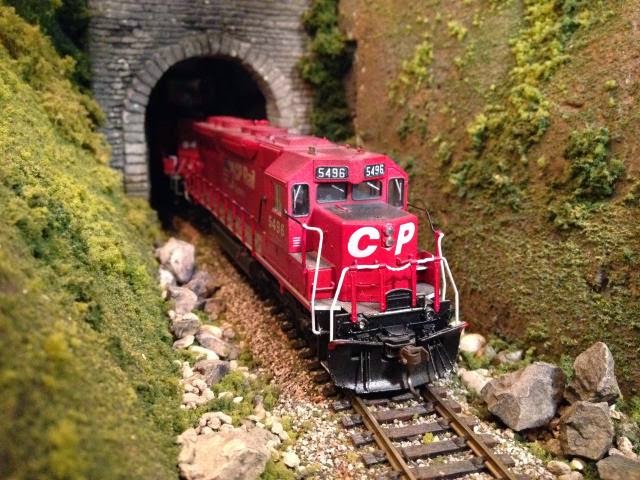 Some more iPhone shots of the layout. Click here to see the first batch. 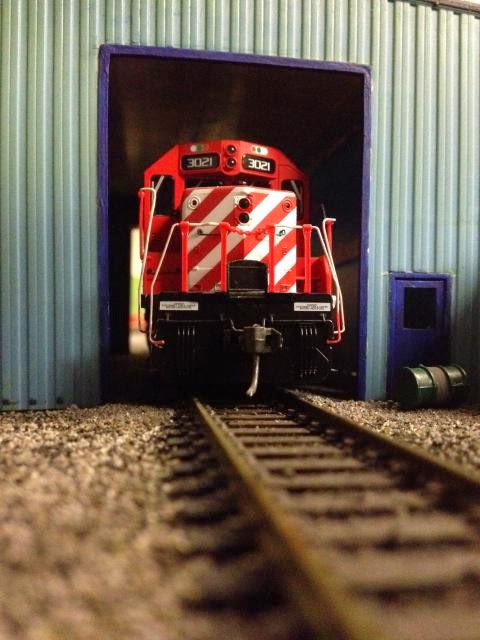 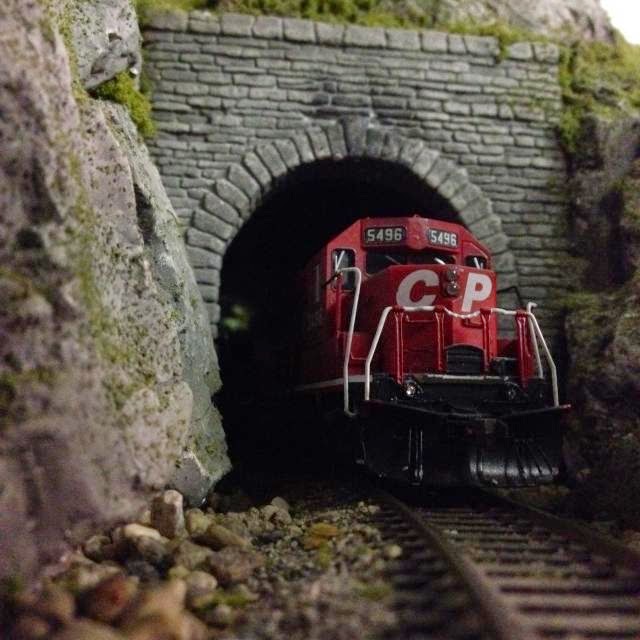 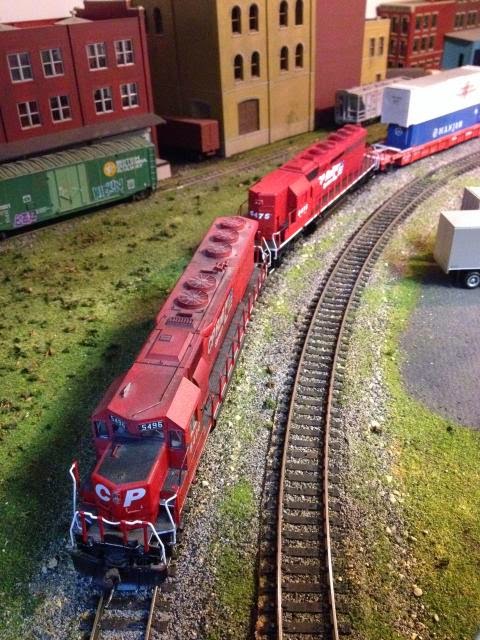 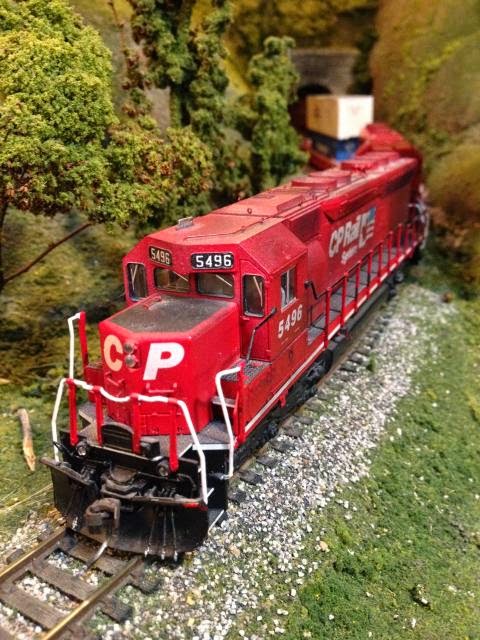 Talk about taking railfanning to a whole new level! Like about a quarter mile in the air, using a drone.

It used to be that if you wanted an aerial view of trains, you needed to use an airplane. Even then, you needed a good telephoto lens since you couldn’t come too low to the ground.

No more; now you can buy your own personal drone, like the DJI Phantom 2 quadcopter, which comes equipped with its own video camera.

In 2013, Daniel Luke Fitch was the pilot and aerial cinematographer was the DJI Phantom Grand Prize video contest winner with his drone’s-eye view of the historic Cumbres & Toltec Railroad. Check it out here.

Meantime, someone who goes by the name CSX600 posted a drone video of NS action in Tennessee and Kentucky. Check out that video here.

The advantages of drones are many; they can go where normal photography isn’t possible, and get photos and video that would otherwise be impossible to get.

We modellers have been taking drone’s-eye photos of our layouts forever; now those who are primarily interested in the prototype can do the same. 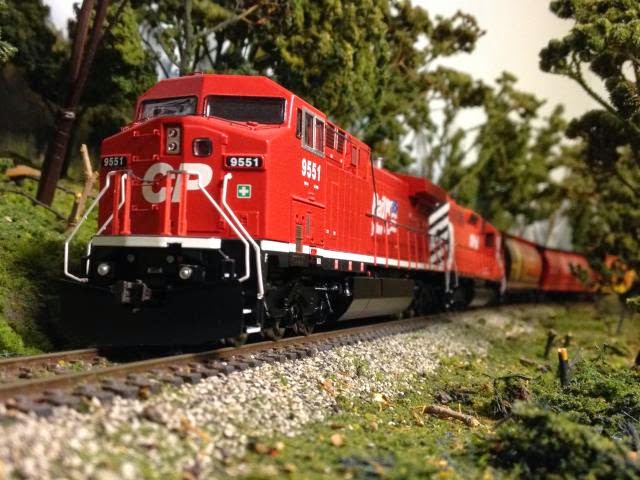 So I thought I'd try out my new iPhone on the layout--take a few photos. I think they turned out OK. The depth of field isn't great, but otherwise the photos look fine.

One benefit of an iPhone (or any other mobile phone) is the ability to take photos in different locations and from different angles. 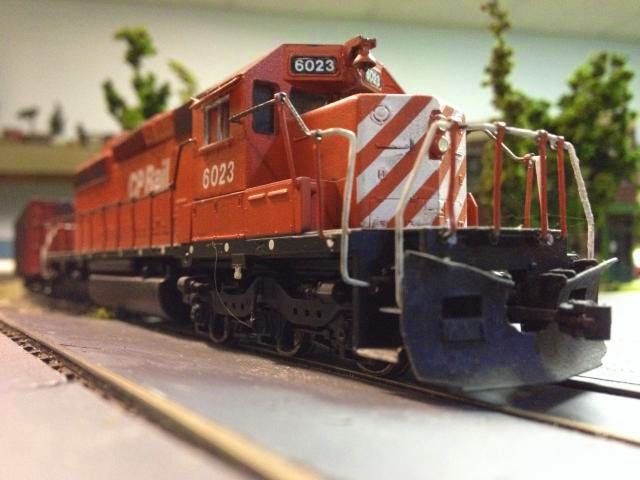 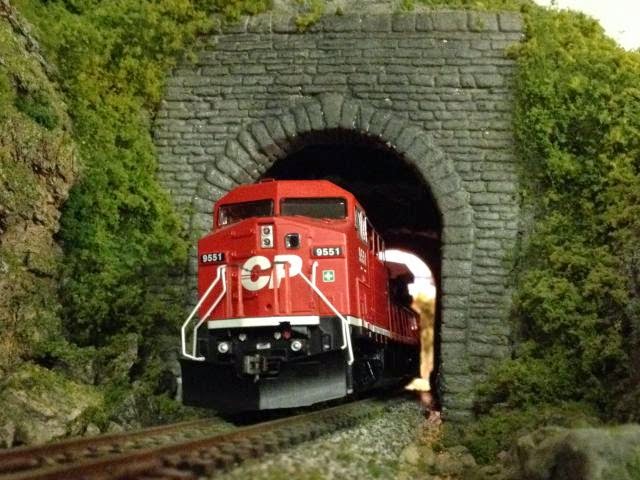 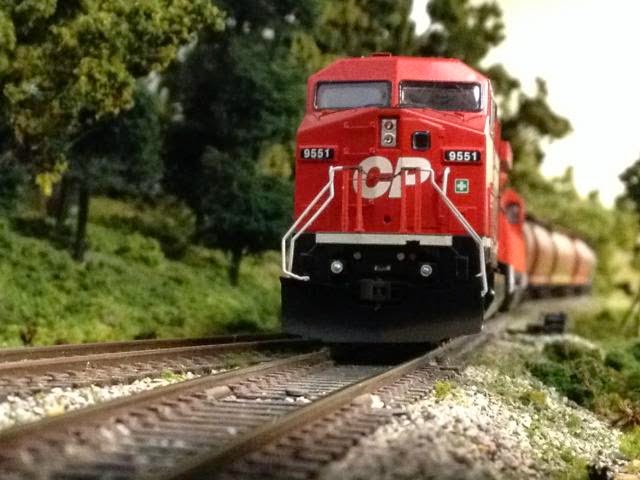 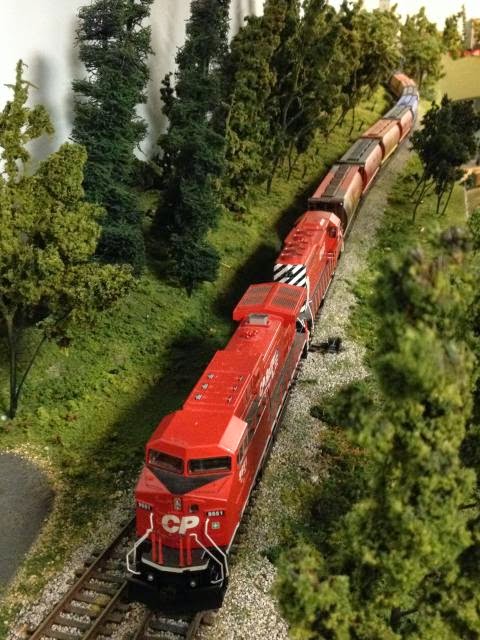 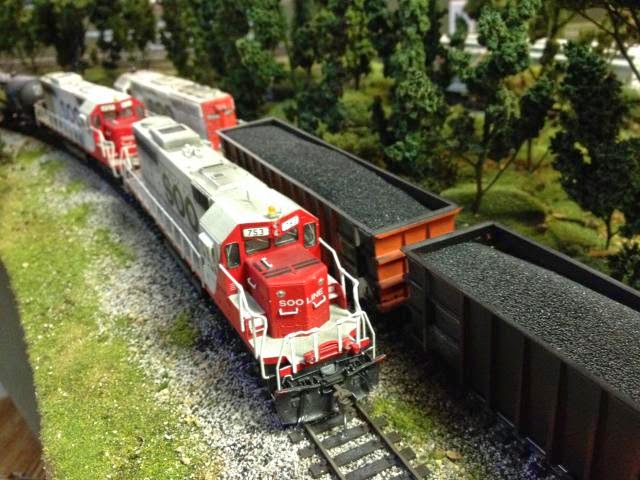 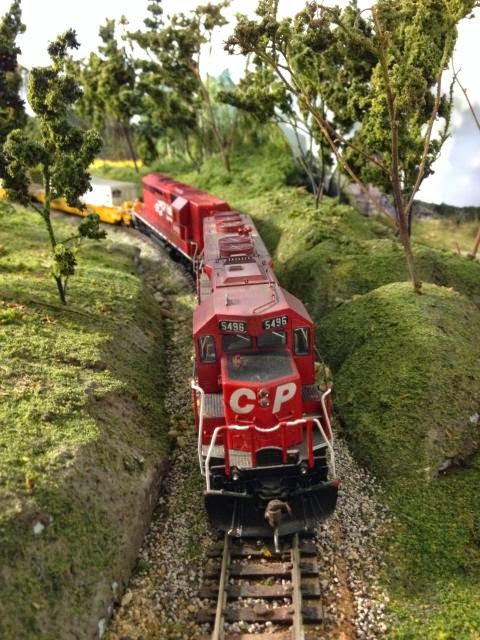