Progress on the Gateway Spur: Working at Weller Beer 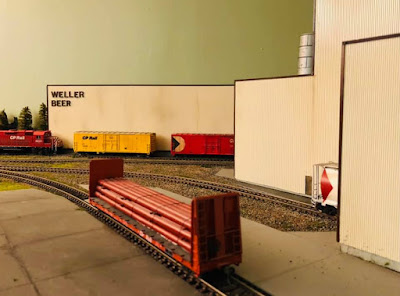 Weller Beer is the first named industry on the layout. I’ve decided to name them after childhood places and streets in my hometown of St. Catharines, Ontario.

Weller Beer is named after Port Weller, the Lake Ontario entrance to the Welland Canal. It was located near my home; I spent many happy hours there watching the ships come and go.

It’s the biggest industry on the Gateway Spur, with three tracks. Two are for inbound commodities of corn syrup and barley (tank cars and covered hoppers), and one with three spots for outgoing pallets of beer (boxcars). 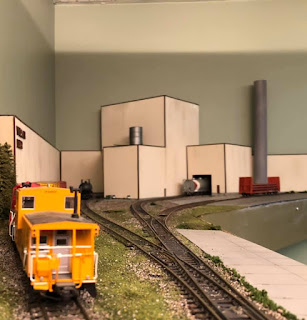 There is also a team track beside the brewery, which can receive different kinds of cars.

Weller Beer is also the first part of the layout where I did some of the first scenery work—paint the tracks, ballasting and ground cover.

It’s still only basic, but it’s getting there. I will want to add more details, including lots of details to the structure itself. 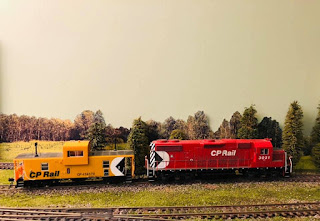 The backdrop is still an issue; it’s green! I have thought about backboard, or maybe I just don’t care. It’s about operating the trains. And I could get some software to add a sky for photos. We’ll see . . .