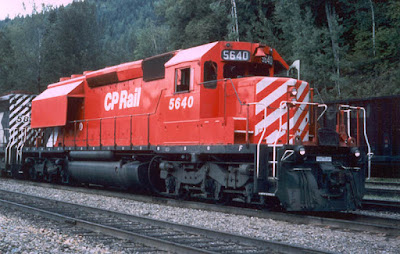 Click here to read an article by Bob Boudreau about how he built an HO scale version of an elephant ears unit.
Posted by JDL56 at 10:53 PM 3 comments: 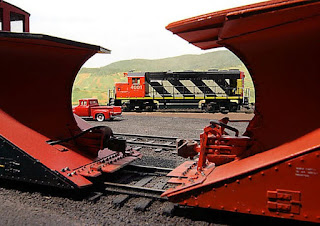 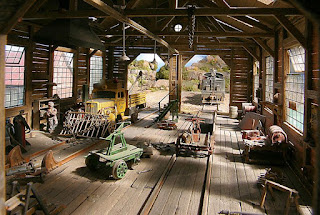 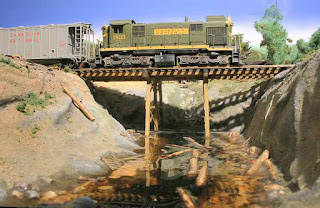 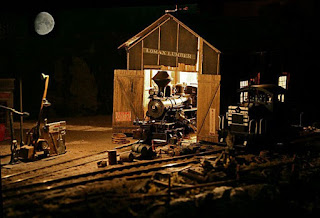 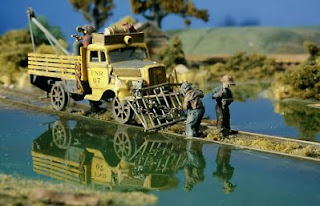 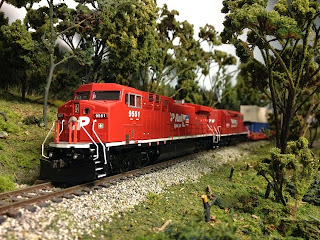 It's Victoria Day in Canada (or Firecracker Day, as we used to call it as kids in the 1960s). It's a day off for most Canadians, like me, but not for railroaders, including those operating trains on the M & M Sub.

So I took advantage of the day off to do a little railfanning. Hope you enjoy the photos! 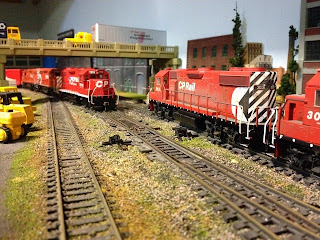 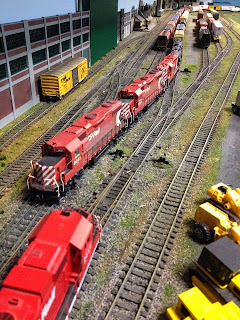 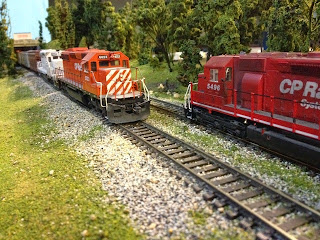 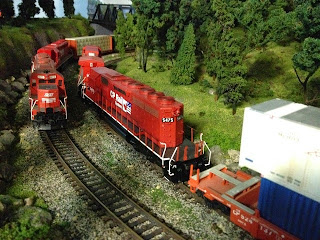 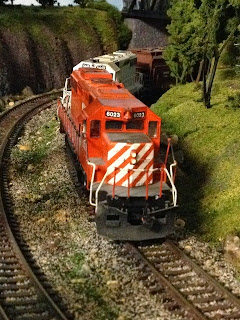 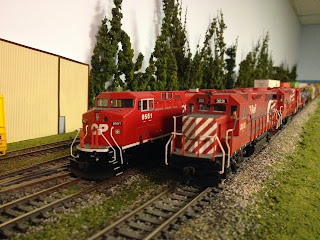 Earlier this year it was the city of Thunder Bay hoping for the return of passenger service along Lake Superior. Now town officials in Banff, Alberta are hoping passenger trains will once again return to their community.
According to CTV News, community leaders see it as a way to reduce the number of cars in the picturesque town in the Alberta Rockies.
According to the news report, preliminary discussions are underway between the Calgary Regional Partnership and the town of Banff about the feasibility of train travel between the two places.
Robert Earl, Banff’s town manager, is hopeful it could happen.
“Long term, the more we can move people to come into our community collectively, the better,” he said.
“Whether that's on a bus, coming in groups, or potentially on a train. A long time ago, people used to come here by rail, there is a rail coming right through our community.”

An estimated cost of a tourist train has not been released, and a summer trial of the service, if it goes ahead, is at least three years away.
It’s a nice thought; who wouldn’t want to take the train to Banff?
But like the hoped-for re-routing of The Canadian on the more southerly CPR tracks along Lake Superior, there are many obstacles in the way—not the least of which is whether the CPR, which owns the tracks through the town, would be open to the idea.
Then again, stranger things have happened—like the NDP being elected to govern Alberta, ending a Conservative dynasty of over 40 years.
Who knows? Maybe one day we could take the train from Calgary to Banff.
Note: Passenger service through Banff was available until 1990, when VIA Rail routed The Canadian through Edmonton. Today the Rocky Mountaineer is the only passenger train that uses the line.
Photo credits: Top photo from an interesting web page titled Across Canada by Train. Middle photo from Wiki commons. 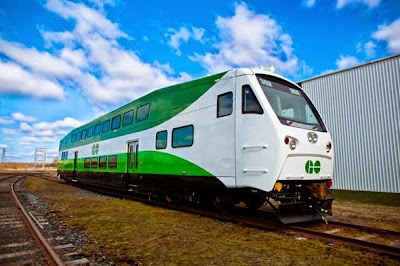 The new GO Transit cab cars have been revealed.
The new units, which will give a sleek look to the end of push-pull commuter trains in the Greater Toronto Area GTA), are being manufactured by Bombardier in Thunder Bay, Ontario.
They are due to arrive in Toronto in the next few weeks.

The units are part of a $200 million order for 60 new bi-level cars that will enable GO Transit to offer two-way, all-day service on all seven of its lines.

For more information, check out articles in Blog TO  and the Toronto Star.
Posted by JDL56 at 7:45 PM No comments: 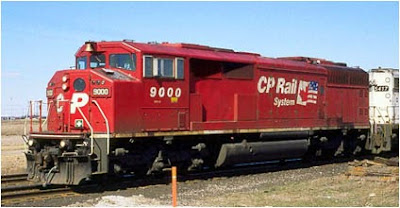 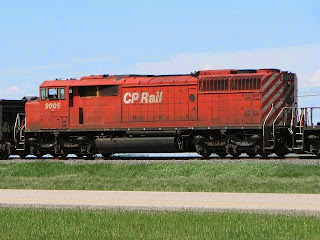 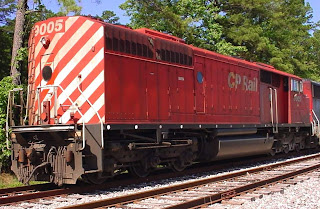 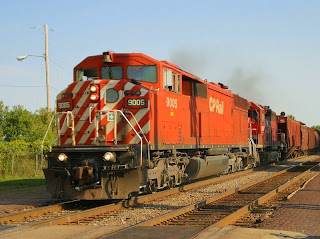 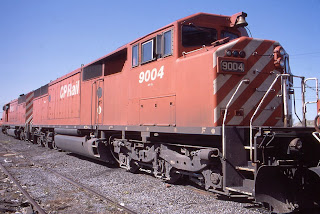 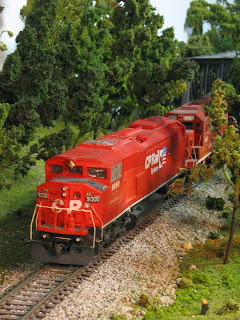 Calgary Supertrain 2015: A Bit of Mexico on the Prairies 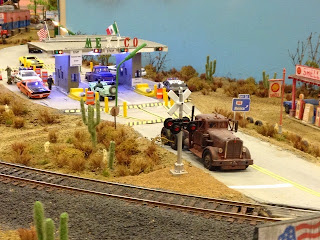 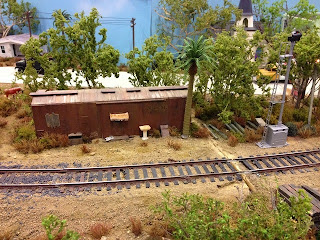 Larry, who lives in Saskatchewan, wanted to do something different when he decided to make a portable display layout. Since he also likes to vacation in Mexico, he decided on a Mexican theme. 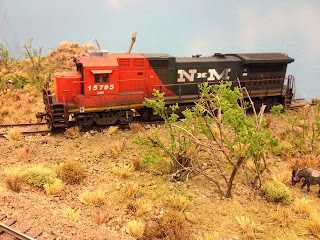 I think you'll agree that he did a good job of bringing a bit of Mexico to the Canadian prairies. 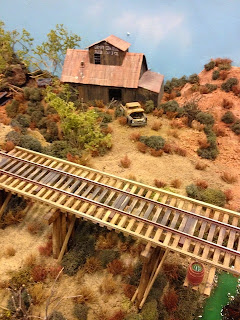 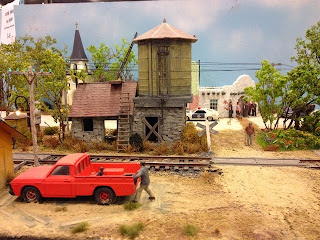 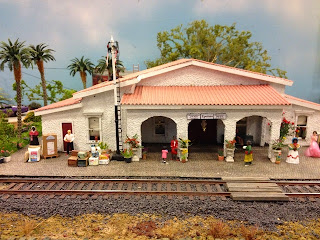 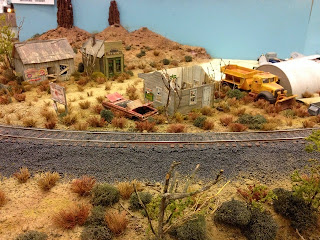 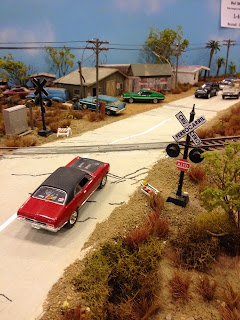 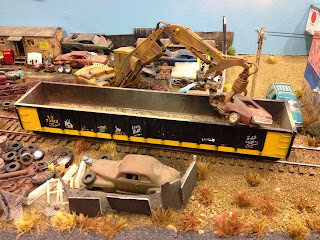