One of the things I enjoyed best about the M & M Sub. was having visitors over.

While watching trains make their way around the layout, we had many enjoyable conversations. 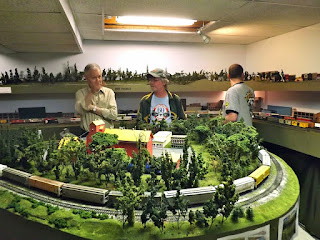 One thing that was especially gratifying was welcoming friends who didn’t have layouts. Having a chance to run trains with them was always fun. 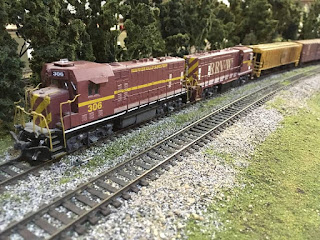 Some of them brought locomotives to see them run. This provided the M & M Sub. with some interesting visiting power. (See photos in this post.)

One frequent visitor was Morgan Turney, editor and publisher of Canadian Railway Modeller.

He was also the last visitor before the layout became a pile of lumber on the floor. 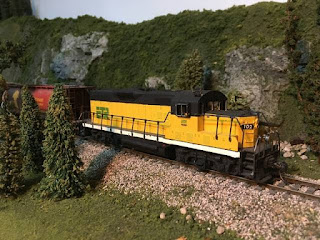 Which was only appropriate; he was the first person to visit my previous layout, the CP Rail Grimm Valley Sub., back in the early 1990s.

He also made one of the first visits before the M & M Sub. was built. 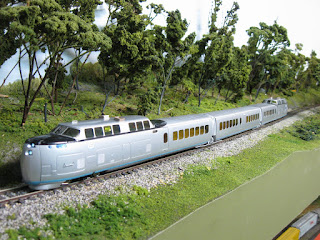 And now the layout is gone. But the friends I made through it have remained—along with the photos and memories of their visits. 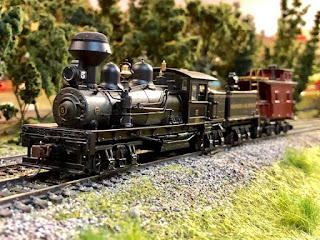 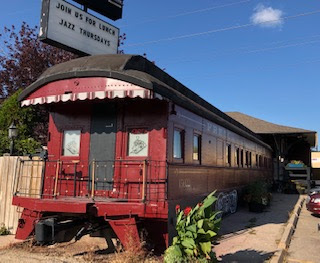 Where better to enjoy a great meal than in a passenger car?

Of course, the best place to do that is on The Canadian, traveling across Canada. But if you can't do it on a real train, you can still do it in a stationary passenger car in Winnipeg at the Resto Gare in St. Boniface.

That's what I recently did with my wife (for our anniversary).

The Resto Gare is located in the former St. Boniface railway station, built in 1913-14 for the Canadian Northern Railway (CNoR).

In addition to the renovated station, the restaurant features fine dining in former CNoR passenger car #9647.

It finished its service as CNR mechanical instruction car #15022. 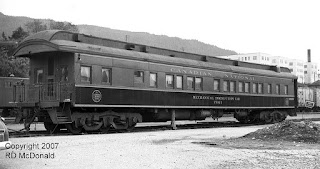 I don’t know how or when it got to Resto Gare, but I do know I always ask to be seated in it when we visit the restaurant.

While sitting there, I find myself wondering who else sat in the car over its many decades of service.

Who were those people? Where were they going? What were their lives like?

In the early years they may have been immigrants, newly arrived in Canada and filled with hope and trepidation as they headed west to new lives in a new land.

Later, they may have been vacationers, going east and west across the country and enjoying the fine accommodations the railway provided.

And now they are people looking for a fine meal, with some train ambience on the side.

So if you like trains, and find yourself in Winnipeg in need of a fine meal, Resto Gare is a great choice. 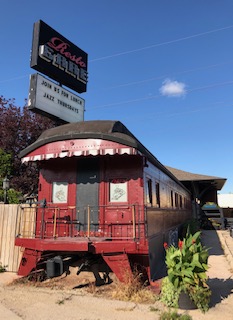