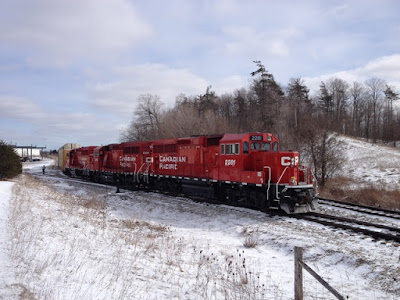 I was driving into Kitchener, Ont. on Hwy 7/8 when I saw the train on the nearby CPR line. I exited the highway and grabbed a few photos. 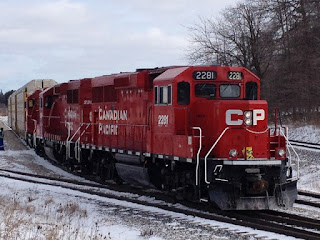 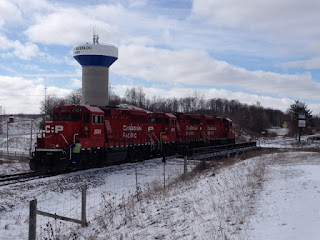 The train pulled ahead of the switch, then dropped off a few cars on to a spur. It pulled ahead, then back up to where it had come from.

And, for once, I was there to see it--under the right conditions. 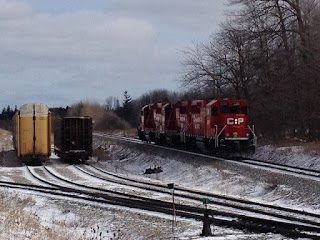 Soldering Clinic, or What's a Hobby Shop for? 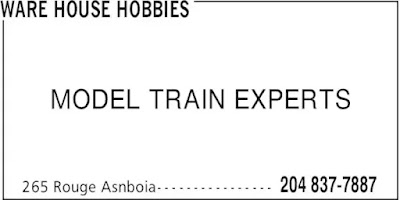 These days, you can get pretty much everything you need for your hobby off the Internet.
But here's one thing you can't get via your computer screen, tablet or phone that you can get at a local hobby shop: Hands-on, personal and in-person advice.
In this case, it's a soldering clinic, offered by Winnipeg's Ware House Hobbies.
The clinic, which will be offered Feb. 29 from 7:30-9:30 PM, will show you how to connect wire-to-wire, feeder wires to a bus wire, feeder wire to rails and wires to decoders.
Cost is $10, which includes a $5 voucher for the store.

Going Back in Time on the Manitoba & Minnesota Sub.: Figuratively and Literally

Visitors to the Manitoba & Minnesota Sub. step back in time when they enter the layout room--both figuratively and literally.

Figuratively, because it is always the early 1990s on the layout. That means a preponderance of my favorite locomotive, the SD40-2.

The latest version of modern power are two AC4400s, which made their appearance on CP Rail in 1995--the end point for my layout's era.

There's also no "golden beavers" or modern block-script CANADIAN PACIFIC: Just multi-marks, no multi-mark and Twin Flags schemes, along with some original SOO and other liveries that existed at the time.

But a visit to the layout room is also a literal step back in time. Visitors can see what model railroading was like in the early 1990s, when I started the layout.

For one thing, the layout is still DC. (Or, as I call it, Dinosaur Control). And a lot of the locomotives are Athearn blue box.

As for highly-detailed (and high priced) rolling stock, I have a few--mostly InterMountain cylindrical hoppers and a couple of Rapido vans. Otherwise, it's Athearn, Roundhouse and Accurail, with some Atlas, Tyco, Bachmann, Lionel and a few other kinds thrown in. 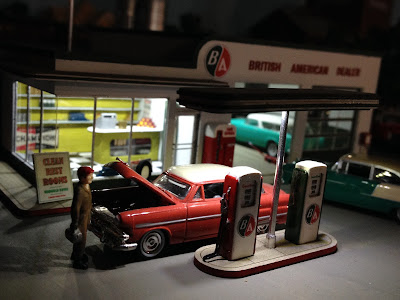 One of Winnipeg's Great Model Railroads is owned by Walter Pankratz.

The layout, which features the CPR in the 1950s, has many great scenes. One of the best is Walter's British American gas station. 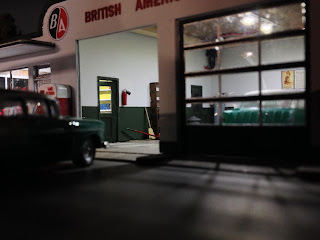 The station, made from an Inter-Action Enterprises kit, lights up when Walter turns down the lights.

The kit comes with many details, but Walter added more, especially to the interior.

I'm sure you'll agree he has done a great job on this kit! 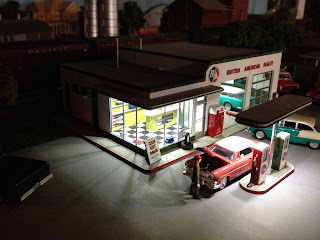 An Easy (and Busy) Industry to Model 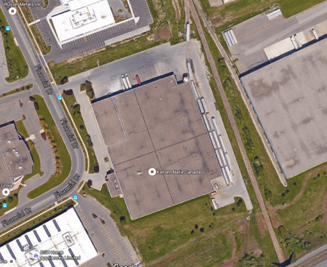 I’ve passed this industry dozens of times on the 401 when travelling from Pearson airport in Toronto to Kitchener.

I’ve often wondered what it was, and what was being brought in by the covered hoppers that are usually lined up outside the building.

So, this time, I decided to do a bit of research. And with some time between business appointments, I also went trackside to take a few photos, too. 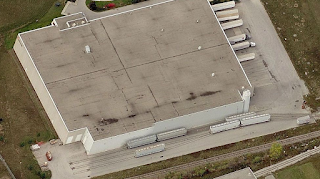 The company is Katoen Natie, which is headquartered in Belgium. It provides logistics and other services to various industries in Europe and North America.

In Canada, Katoen Natie has branches in Edmonton, Montreal and Mississauga. This Mississauga location offers logistics for specialty chemicals—plastics used for packaging, boxes and bags. 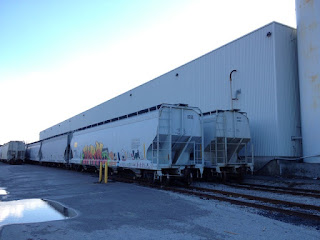 I assume the covered hoppers lined up beside the building are bringing plastic pellets, and that they are unloaded pneumatically. The cars are delivered by Canadian Pacific.

(And thanks to Jurgen Kleylein, I now know that the pellets are stored in the cars until needed; no need for storage facilities in the building. This explains why there are so many hoppers there.)

For those of us modelling the modern era, an industry like Katoen Natie would be a great addition to a layout, what with having so many spots for cars in such a small area. 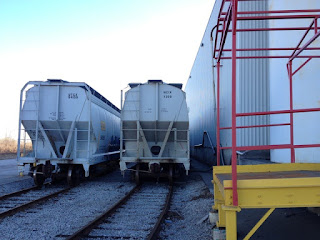 It would be simple to make with some cardstock, foam board and corrugated siding. You don't even need doors!

It could be modelled as a flat, with one, two or, in this case, three tracks beside it. 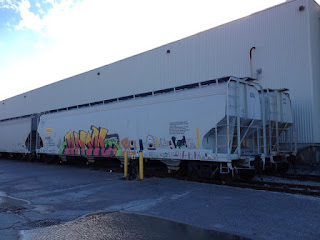 Too bad the CP Rail M & M Sub. is done. Maybe if I ever build a new layout, this could become a signature industry.

(Sorry about the trackside photos; the sun was on the wrong side of the building when I made my visit.) 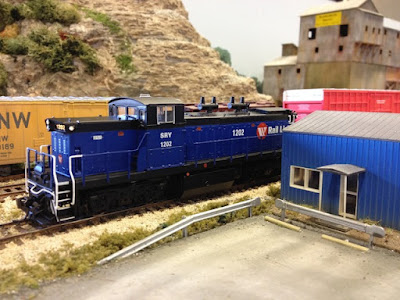 Business took me to Toronto again recently. With time between appointments, I dropped in at Credit Valley Railway, one of Canada's best model railroad stores.

The store has a great in-store layout. The day I was there, there was a Rapido Southern Railway of British Columbia GMD-1 on the track with a short train.

Like all Rapido products, it's a beautiful unit. It was made as special run for Pacific Western Rail Systems. 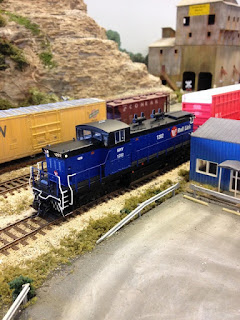