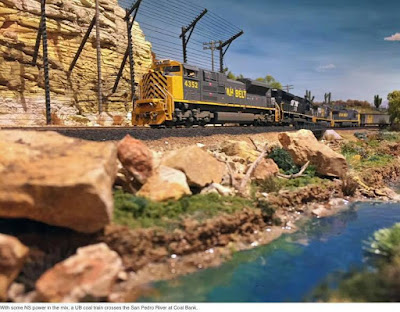 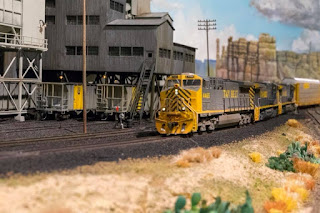 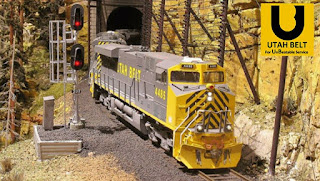 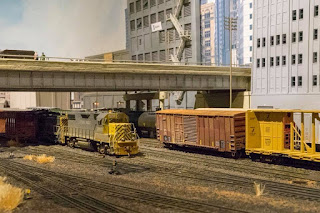 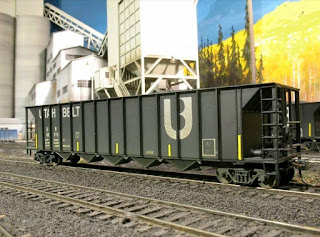 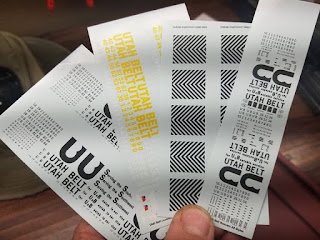 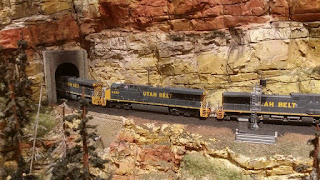 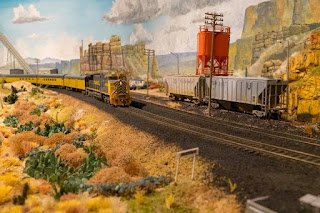 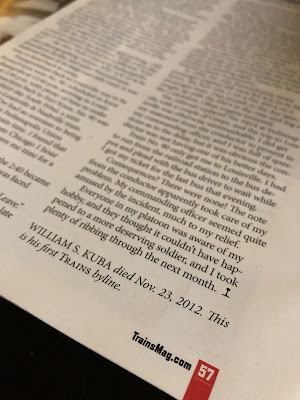 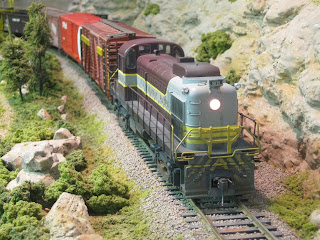 Note: George Myer, creator of the Central Northern Subdivision, passed away May 6, 2019. In his honour, I am re-posting my article about his Great Canadian Model Railroad.

Back in April I posted a short note about George Myer's Central Northern Subdivision. In it I noted that his layout would be featured in an upcoming issue of Canadian Railway Modeller.

That issue has been out for a while now, so I thought I'd share a few more photos from George's fantastic layout. 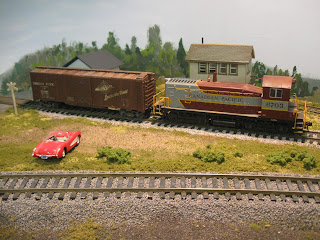 By way of reminder, the Central Northern Subdivision is a two-rail O scale layout in George's 22 by 20 foot basement. Set in the late 1960s to early 1970s, it finds CPR trains traveling though fictitious towns and scenes in southeastern B.C.

Seventy-five percent of the track handlaid, using code 148 on the main, code 125 in the yard and code 100 in lightly used industry and spur tracks. The ties are hand cut and stained. 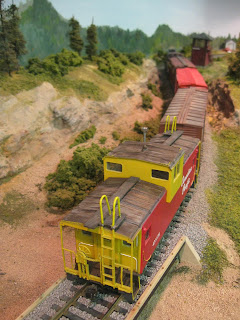 In addition to handlaying the track, George also scratchbuilt all 33 turnouts and one diamond on the layout. Most of the switches are number sixes, and all are hand-thrown.

For scenery, George uses Styrofoam to make his landforms. He then puts drywall compound over it—he likes the way it cracks realistically as it dries and produces a rock-like texture. He then paints the scenery with acrylic paints. 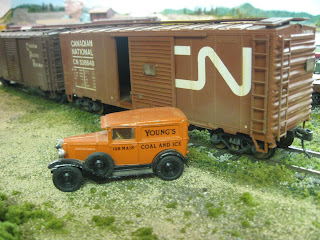 To hide the benchwork, George uses landscape fabric for curtains. The effect is great, although he now wishes he had used a heavier grade so it would hang better. 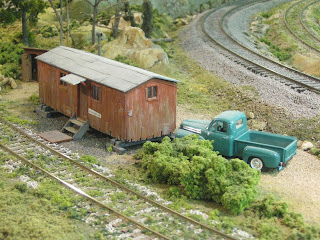 Operations are also enhanced by a two-track staging yard behind a hill at the back of the layout. At the start of a “day,” three trains are staged and ready to go—two in hidden staging, and one on the layout. 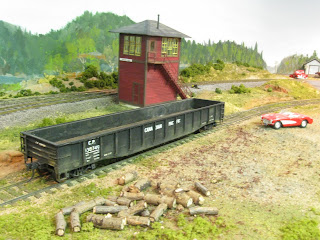 What’s remarkable about this gorgeous layout is that George is legally blind—but he didn’t let them slow him down. He’s built a better layout with partial sight than many of us can do with 20/20 vision.

Click here to go to my Picasa Web album see more photos of the Central Northern Subdivision; you'll be glad you did! 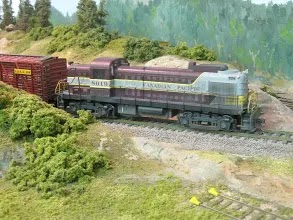 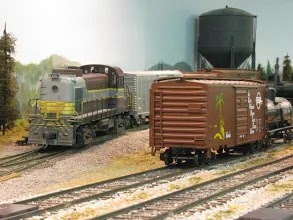 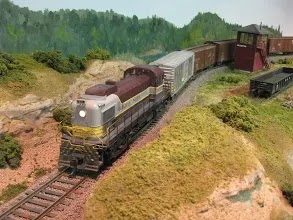 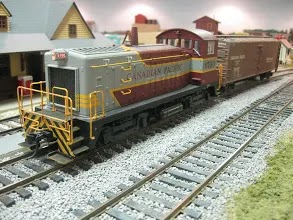 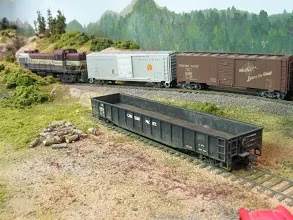 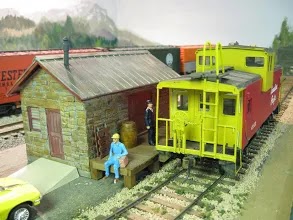