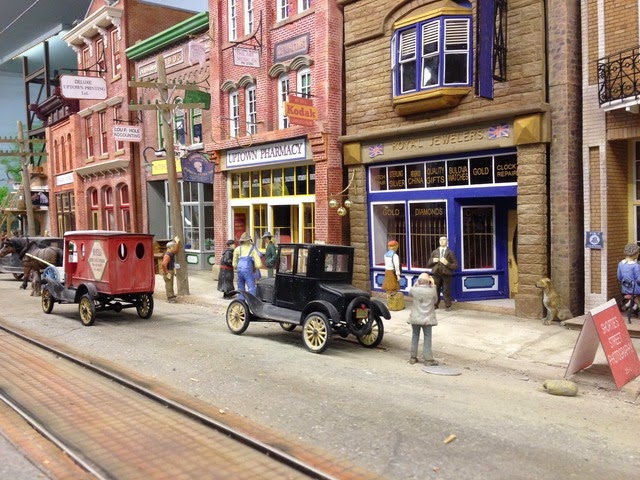 Another highlight of the 2015 Calgary Supertrain was Ray’s Street Railway, created by Ray Clifford. 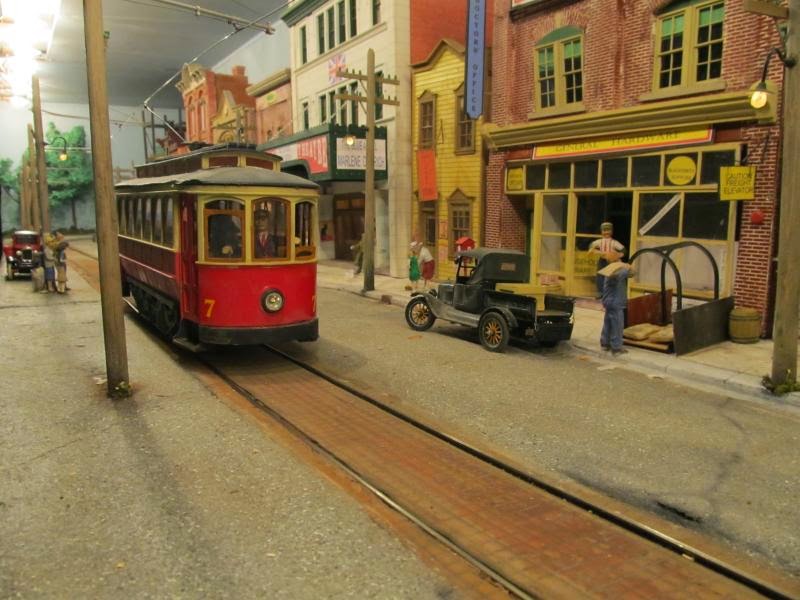 The box-style diorama, which features a loop of track running through a 1930s prairie city scene, is 20 feet long and built at 1:24 scale. 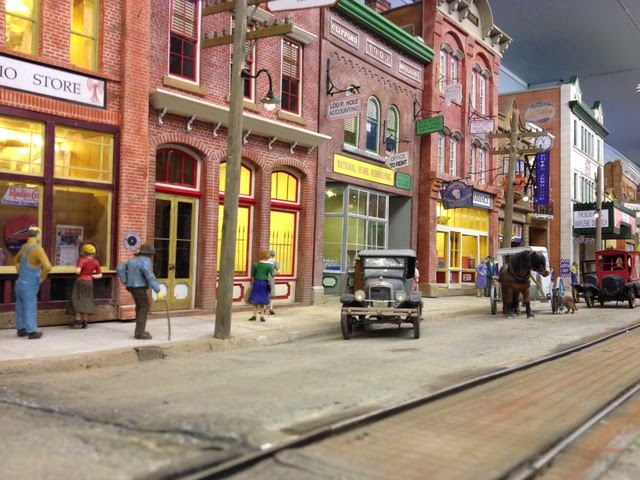 The layout has an LED lighting system for night scenes, along with working street lights and illuminated signs. 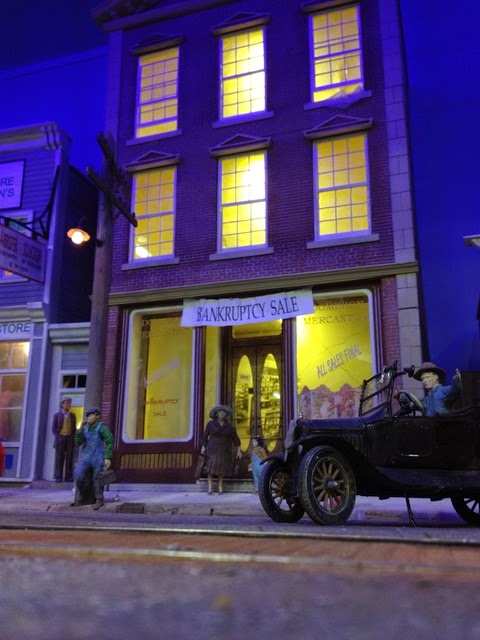 Whenever I walked by, Ray was often surrounded by people enjoying the display—and it’s easy to see why, from these photos. 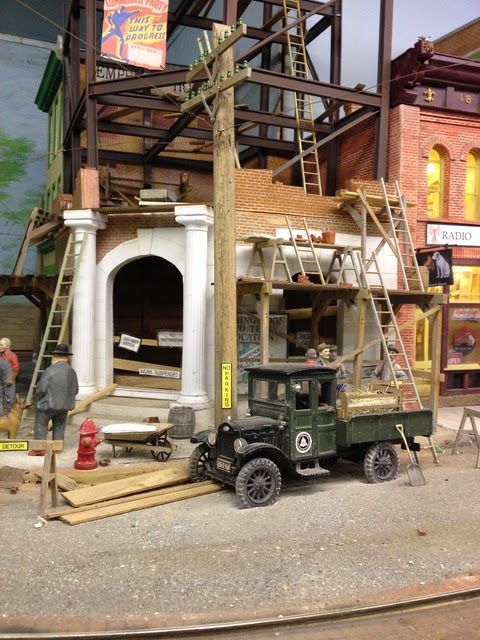 Now retired, Ray likes to take his layout on the road to shows. He can be contacted at thecliffords@hotmail.ca 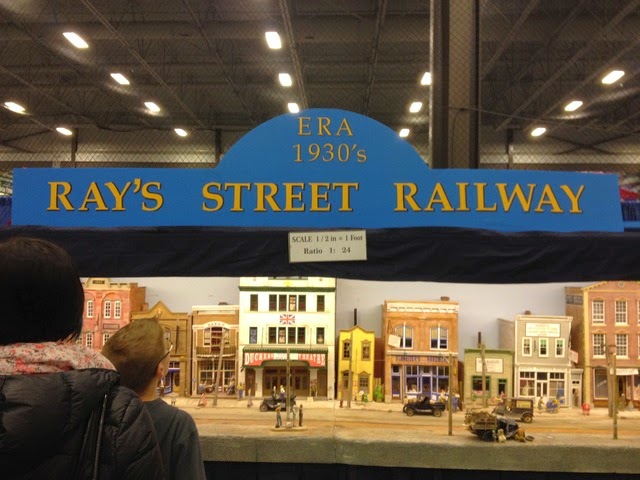 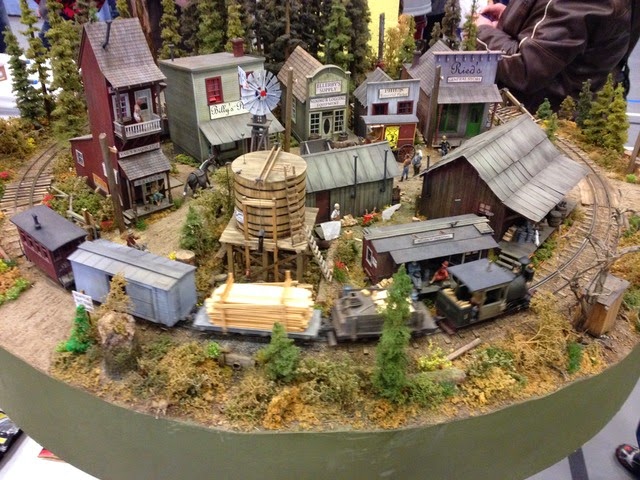 There was more great modelling from Tom Beaton at this year’s Supertrain in Calgary. 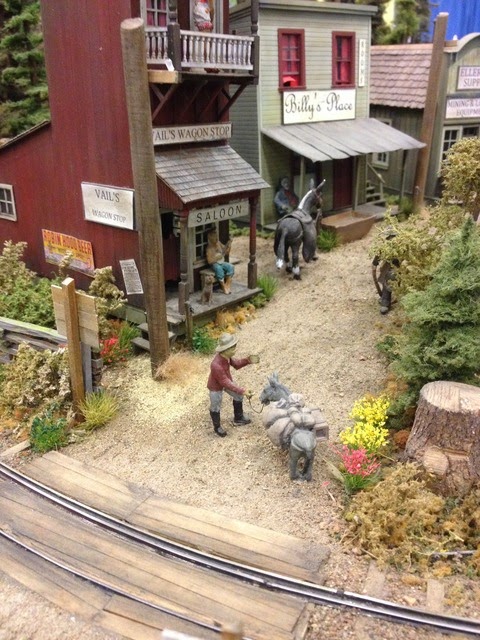 Tom, who is well known in narrow gauge circles for his modeling of the Pacific northwest, had his unique 36 inch circular On30 layout at the annual show, along with his inventive sonotube displays.


Tom’s modelling was part of the South Bank Short Lines display at Supertrain.


Tom will be presenting a clinic at the Sept. 2-5 Narrow Gauge convention in Houston, Texas. 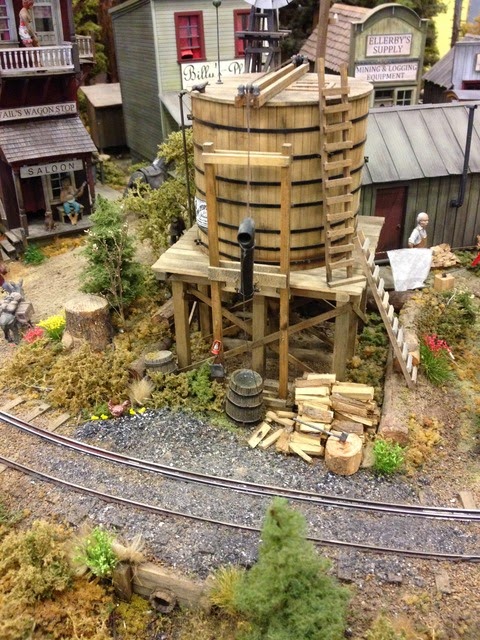 Says Tom about the clinic: “I model Western Canadian Temperate Rain Forests. I show how I do the trees, and all that grows in these forests down to the fungus's. Stumps, cut, hollow and rotten. Rotten logs, ferns, mosses and many other of the ground cover of the forest, using as much natural materials as I can.” 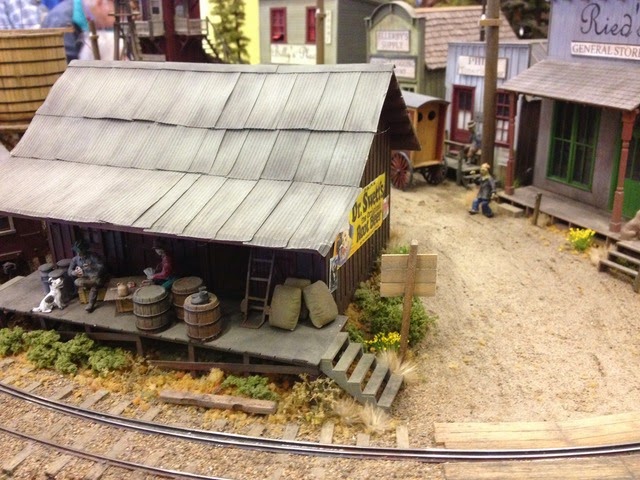 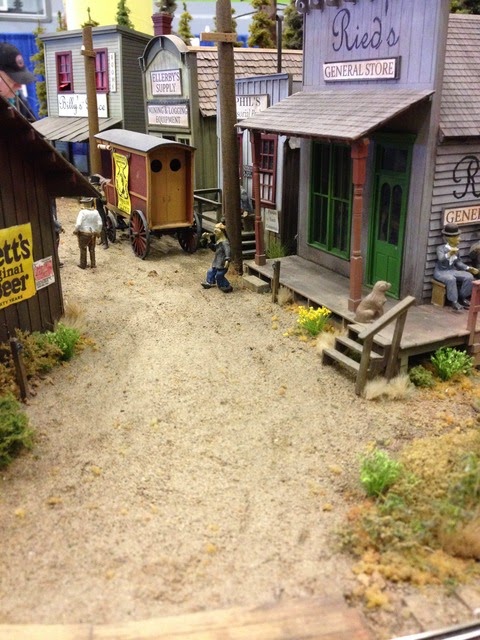 Congrats to the Calgary Model Railway Society on another successful Supertrain! This year's edition was held in a new location; from what I could tell, everything worked out very well.

With the show spread out over two indoor soccer pitches, hallways and two other gyms, three was plenty of space for the layouts and exhibits and to move around.

As usual, the layouts were great, as were the other exhibits. A highlight was seeing the KISS concert scene for real. (Read about it here on this blog.)


Photos on this page are a few of the things that caught my eye (besides Bowser's announcement of its new SD40-2F Red Barn model, that is); over a couple of other posts I'll share some other great modelling. 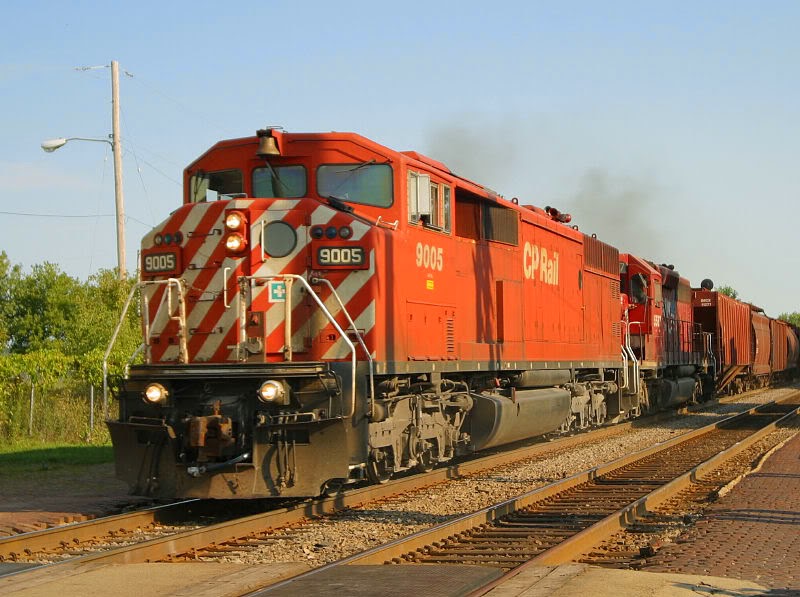 
Dreams do come true! Finally, a great looking and great running HO scale SD40-2F--otherwise known as a Red Barn--is being made in plastic by Bowser.

A quality plastic Red Barn has been on my wish list for a long time (as Jason Shron knows only too well).

Bowser rep Scott Davis confirmed the new model at the Calgary Supertrain show. He said that it is slated for delivery sometime next year.

Scott was also showing off some pre-production models of the Canadian-style SD40-2. Their release has been delayed until fall.


CP Rail only built 25 Red Barns, but for those of us who model that railway in the west in the 1990s it's a must-have.

Now all we need is an RTR chop-nose GP-9 and all will be well with the world.

Click here to read a follow-up interview with Bowser CEO Lee English, including info about model variations for the Red Barn. 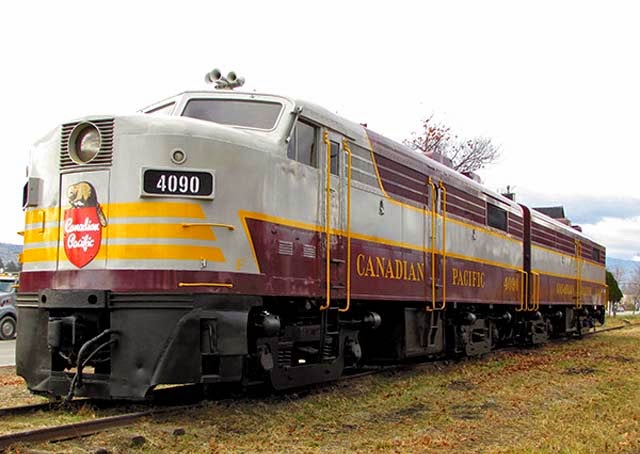 Earlier on this blog I wrote about how CPR FA-2 #4090 and FB-2 4469 in Cranbrook, B.C. were getting repainted to restore them to their glory days.

That project has been completed, as the photo above shows.

The units were repainted by volunteers from the Cranbrook Sunrise Rotary Club. A celebration is planned for later this year to commemorate the restoration.

Read more about the restoration at OKthePK.

Going to Supertrain in Calgary, April 18-19 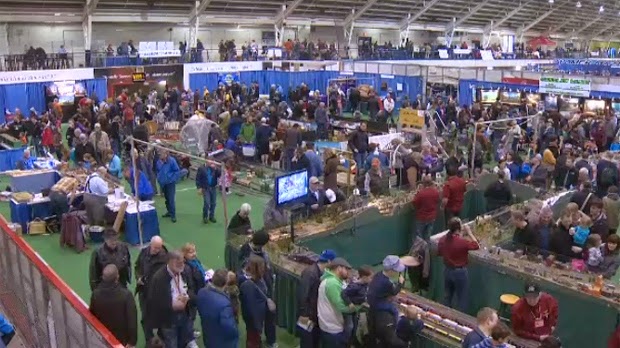 Over the past 20 or so years, Canada has changed dramatically.

Economically, culturally and politically, power and influence has shifted away from central Canada to the West, as Darrel Bricker and John Ibbitson detailed in their book The Big Shift.

It has shifted in another way, too--in model railroading. 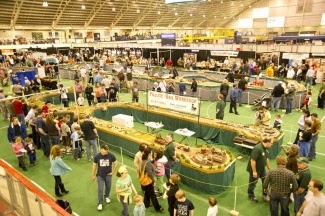 For a long time, the biggest model railroad show in Canada was in Toronto. Today, that honour goes to Supertrain in Calgary.

The 2015 Supertrain is this weekend, April 18-19, and--luckily for me--business takes me to Alberta this week so, I get to go. It's the third time I have been able to attend.

I'm looking forward to it.

View From The Dome Car

One of the best seats on VIA Rail's The Canadian is in the Dome Car; there's nothing else quite like it.

(A close second is the Panorama Car, which is added to the train for its trip through the Rockies.)

If there's no other reason for you to take a train trip in Canada, sitting in the Dome Car would be sufficient.

Watching Canada pass by, seeing meets with freights, watching as the signals are knocked down at dusk--that is the quintessential Canadian passenger train experience.

The panorama photo above, taken on my recent trip from Melville, Sask. to Winnipeg, hardly does it justice. But enjoy it all the same.
Posted by JDL56 at 8:18 AM No comments:

What would you do if you were offered a chance to take the train?

If you're like me, you'd happily accept--which is what I did this past week when Daryl Adair of Rail Travel Tours asked me to take a trip to write an article for the Winnipeg Free Press about a special August 18-20 tour to mark the 100th anniversary of the Canadian Northern Railway (CNoR).

The tour will follow a portion of the route of the CNoR started as a competitor to the CPR in Manitoba in the 1880s and 1890s.

The railway was officially chartered in 1899 to build a line linking the prairies with the port of Thunder Bay (then Port Arthur/Fort William) on Lake Superior, and then on to central Canada.

About the same time the CNoR was being built, a third transcontinental railway was under construction: The Grant Trunk Pacific.

When neither railway proved profitable, they were amalgamated by the Canadian government in 1918 to form Canadian National Railways.

Significant portions of the old CNoR system survive under CN, including the Churchill, Man. line that I travelled on in April, and which the tour will follow in August.

(Other portions include the line from Toronto to Longlac, Ontario; the line from the Yellowhead Pass southwest to Vancouver; and the line from Winnipeg to Duluth, Minnesota, CN’s primary connection to Chicago.)

Coming home, my journey was on the CN main line from Melville, Sask. to Winnipeg—the former GTP line.

The August trip by Rail Travel Tours will enable participants to travel by VIA Rail on the former CNoR line to Canora, Sask., then bus down to Melville and take VIA's The Canadian back to Winnipeg.

While in Canora and Melville, the tour will visit local railway stations, museums and other attractions to learn more about the area, and the railway's impact on life in the the two towns.

The tour is also a fundraiser for the Winnipeg Railway Museum; before departure, participants will also get to tour the Museum, which is located at the VIA station in downtown Winnipeg.

The tour promises to be a great adventure for people who enjoy train travel, for history buffs and for those who want to learn more about small-town life on the prairies. 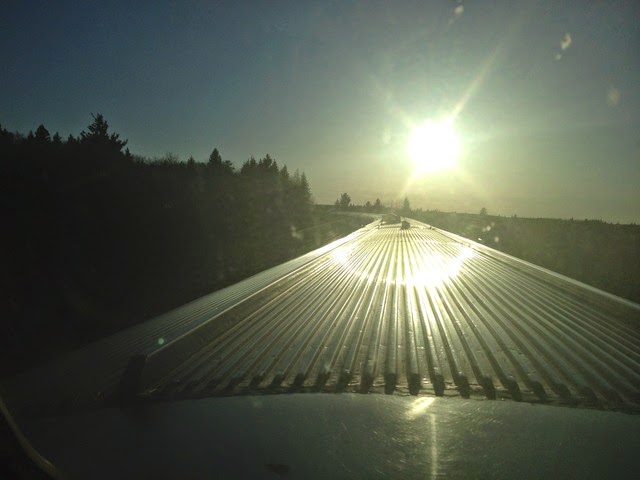 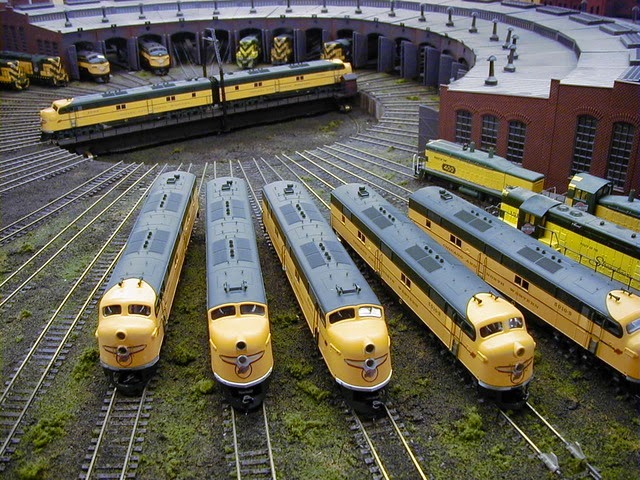 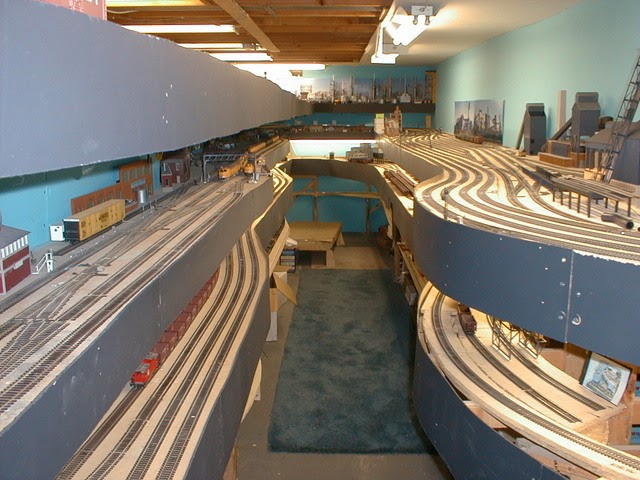 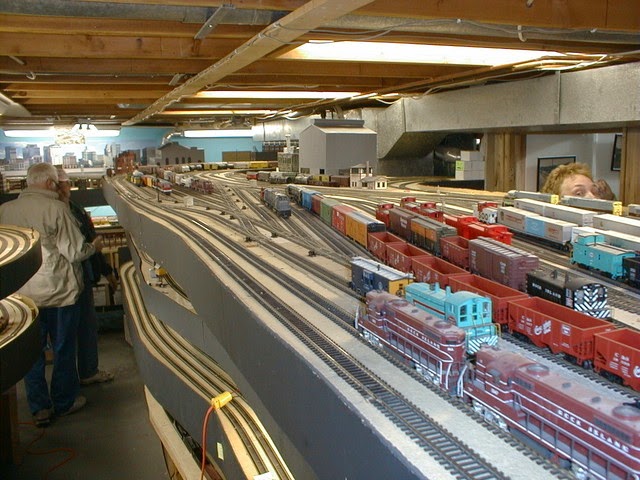 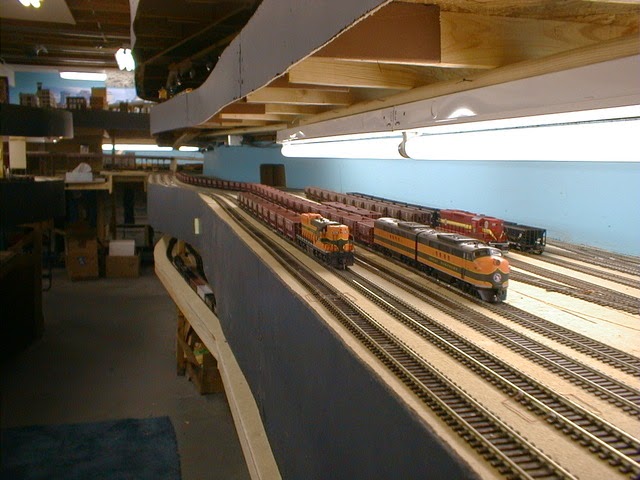 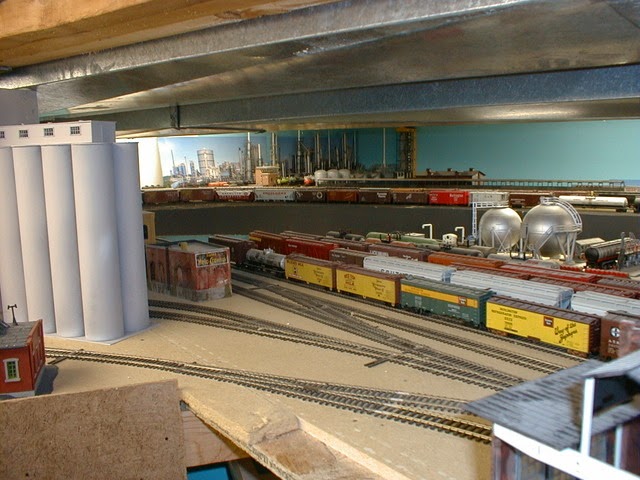 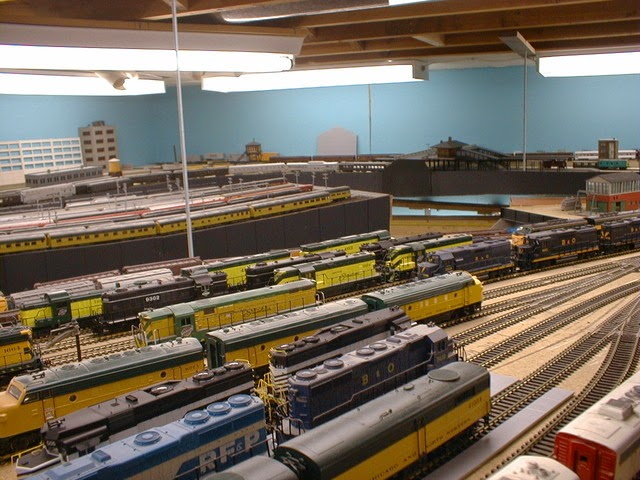 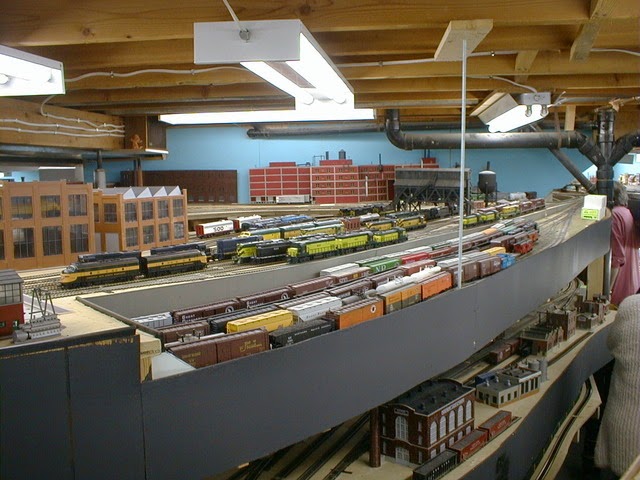 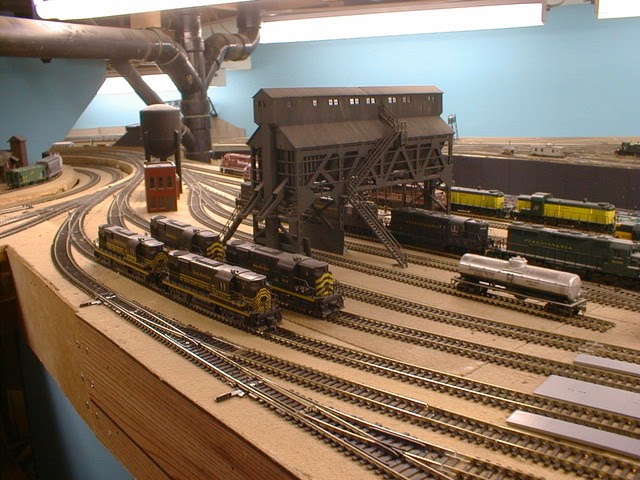