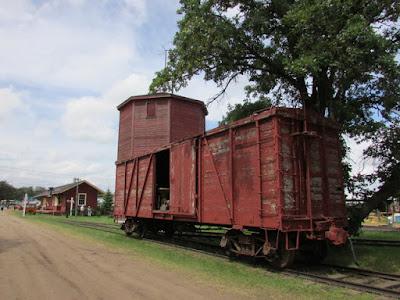 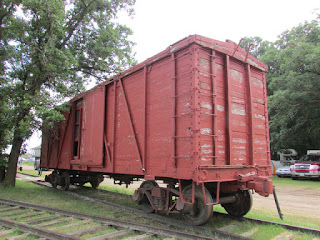 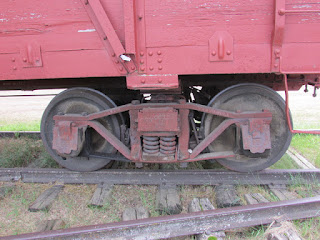 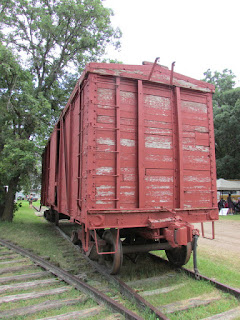 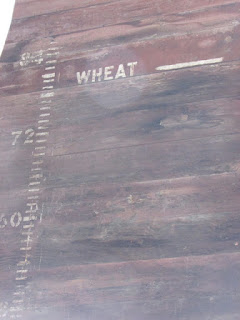 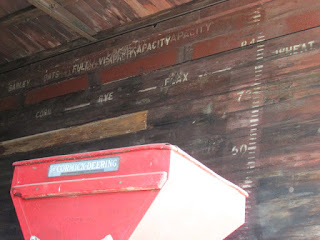 With information from the Manitoba Agricultural Museum, and the Toronto Historical Railway Society.  Also see OKthePK.
Posted by JDL56 at 6:12 PM 1 comment:

What a Difference a Year Makes 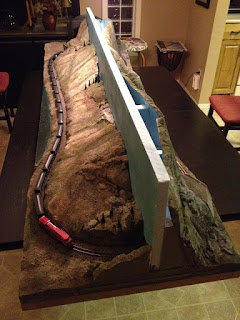 What a difference a year makes!

The first photo shows what the N scale Thompson River Canyon layout looks like today. The second photo (below) is what it looked like last August.

Last year, I was able to complete one side of the layout before displaying it at the annual Manitoba Mega Train show. 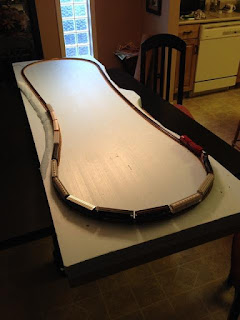 This year, both sides are completed—again, in time for this year’s Mega Train show, Sept. 24-25 here in Winnipeg.

It’s been a fun journey, and a meaningful way to remember my brother-in-law, who died in 2014 before he could build his own version of the Canyon (his favourite railfan location).

If you are in Manitoba, see you at the show! 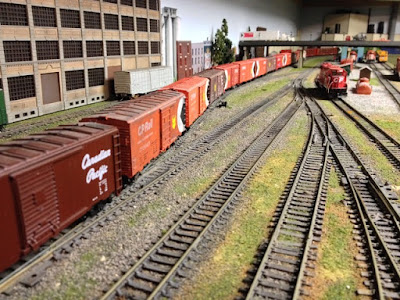 It’s harvest time on the prairies, and the grain rush is on.

This includes 40-foot boxcars in grain service on the early 1990s-era CP Rail Manitoba & Minnesota Sub.
For decades, the 40-foot boxcar was the mainstay of grain handling in Canada.

But by the early 1990s, the era the M & M Sub. is set in, the famous “Trudeau hoppers” have taken over the bulk of railway grain handling in Canada. 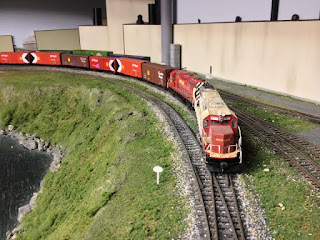 The 19,000 cars, first introduced in 1972, were sponsored by the Government of Canada and manufactured by Hawker-Siddeley, National Steel Car and Marine Industries.

They took their nickname from Pierre Elliot Trudeau, Prime Minister at the time.

Although most grain moves in the new hoppers, there are still light branchlines in Manitoba, Saskatchewan and Alberta that can’t handle these heavier cars. So it’s the classic 40-foot boxcar to the rescue. 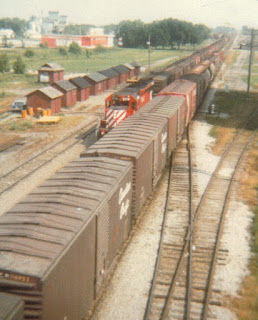 By the early 1990s, there were still over 300 40-foot boxcars still in grain service. These were cars that, like the cylindrical hoppers, benefitted from government help.

In 1979-80, when there were still about 13,000 40-foot boxcars in operation for grain handling, they were upgraded with new floors, nailable door areas, sliding door repairs, and painting.

A yellow wheat sheaf was applied to the left of the door with an acknowledgement of the government’s assistance in English and French. 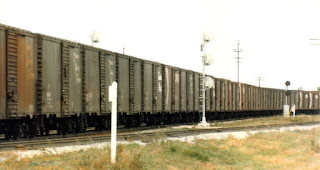 My 40-foot grain handling fleet is a hodge-podge of cars from various manufacturers. There is almost nothing remotely prototypically accurate about most of them; my goal was the overall affect.

Some were painted and lettered by me, others came ready-to-run. I applied the chevron from CDS on the side of each car. 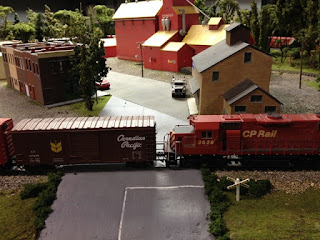 The cars make a great sight each fall on the M & M Sub., carrying grain from the prairies to ports on Lake Superior.

Click here to see a video of my 40-foot boxcar grain train in action on the layout. 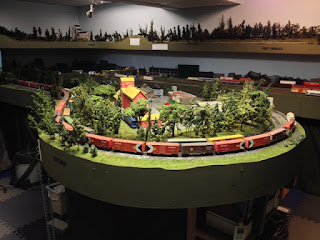 Prototype photos on this page from Trackside Treasure.
Posted by JDL56 at 8:16 PM No comments: 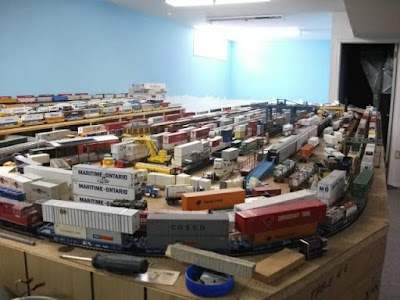 Someone posted this on the Canadian Railway Modellers Facebook Page—an amazing collection of HO scale rolling stock, locomotives and other items for sale on Craigslist. 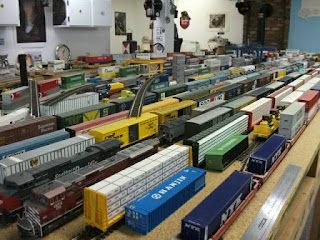 According to the seller, who lives in Salmon Arm, B.C., the items are the result of 40 years of collecting. The pictures, he (or she) says is "only a small portion of the collection."

Contact is only by phone; no e-mail or texts. You can find more photos and info, including contact info, here.

Anyway, even you aren't going to buy anything from this seller, you can sure enjoy looking! 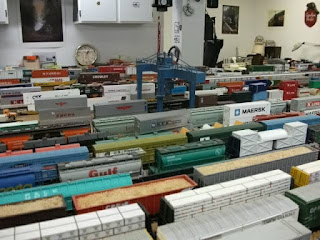 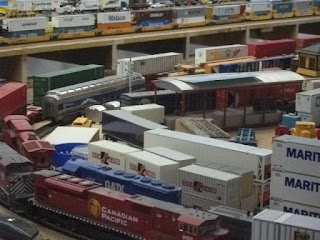 Today those units are probably all retired, sold or scrapped. But one remains—the class engine, 5500, at the Revelstoke, B.C. Railway Museum.

As the Museum notes on its website, the SD40 was significant in that it was the harbinger of the kind of power that would carry the CPR into the latter part of the previous century.

The units were found across the country, but were especially useful in the mountains—which is why 5500 has found a home at Revelstoke. It arrived in 2011.

The plan is for the Museum to return the unit to its original maroon and grey livery with script lettering.

Since the CP Rail M & M Sub. is set in the early 1990s, there are a lot of SD40 variants on the roster in various liveries: Multimark, no Multimark, Twin Flags and other schemes. 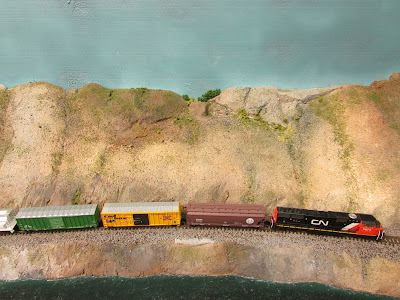 Now that the Thompson River Canyon layout is done, it’s time for a video.

Click here to see the just-finished side. (The more desert-like part of the canyon.) 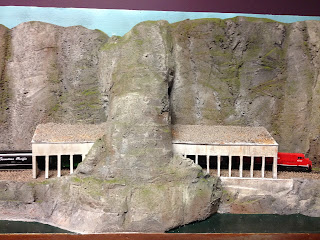 Click here to see the other side, which is steeper and features a rock/snow shed.

And click here to see a series of photos about the construction of the first side of the layout, from bare door to running trains.
Posted by JDL56 at 7:05 PM No comments: