What's it Like to Lie on the Tracks and Watch a Train Go Over Your Head at 75 Miles an Hour? 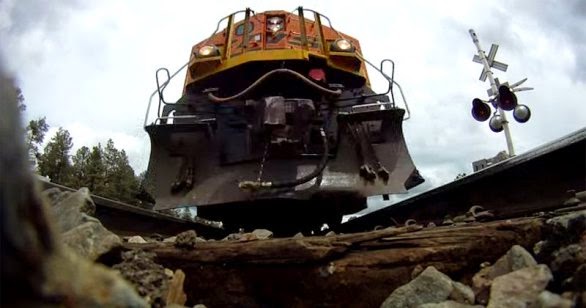 What's it like be beneath a train when it passes over your head at 75 miles an hour? Watch this video and find out. If you're impatient, skip to the 56 second mark.

(On a railroad forum, someone disputes whether the train is actually going 75 miles an hour. No matter; it's fast.)

As it turns out, this isn't the only train-passing-over-your-head video on the Web. There are others, like this one of a Norfolk Southern train going slowly over the camera. It gives you a chance to appreciate the wheels and the underbody detail in a way that the first video doesn't. Skip to the 3:26 mark to enjoy the show.

You can also enjoy this bottom view of a CPR train passing overhead. It's a little faster than the NS one, but the video is short--just 31 seconds.

Earlier I posted about drones taking great video of trains from above; now it's GoPro and other cameras taking interesting footage from below. From above or below, railfan photographers have got you, and trains, covered.

Note: I am not condoning unsafe behaviour around railway tracks. I am just pointing to videos that show an unusual point of view.
Posted by JDL56 at 8:30 PM 2 comments:

Simple Before and After Weathering 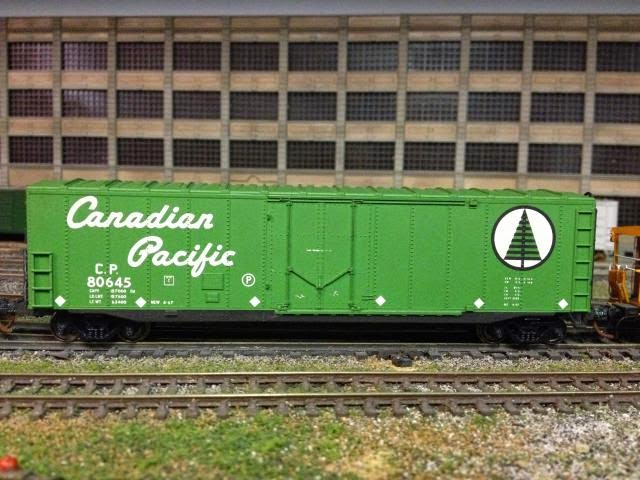 Today was the annual fall Winnipeg Model Railroad Club train show. Even though I don't need anything, I can't resist buying at least one or two things--especially if it involves CP Rail rolling stock that I don't own.

And so when I saw a couple of old Athearn forest products cars at a table, I had to have them. Problem is, with build dates of 1965, they are way too fresh looking for my early 1990s era. 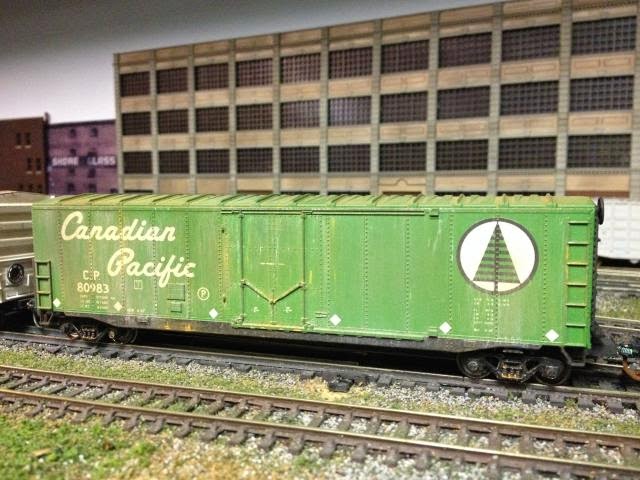 No problem; a bit of chalk and a bit of white paint to suggest paint streaks from the lettering and, suddenly, they can looked aged and weathered. 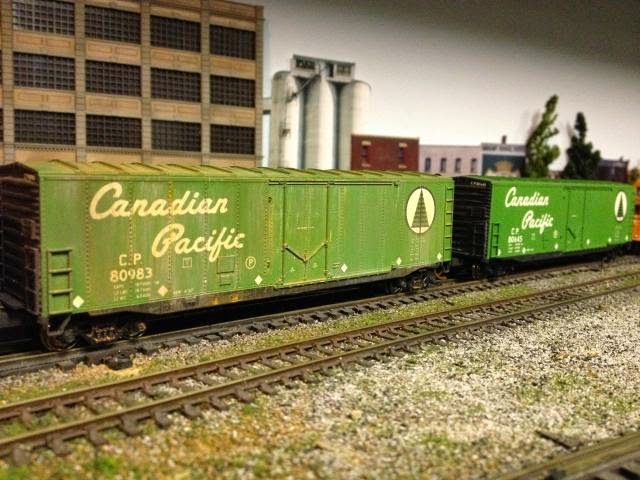 For the other car, I think I may try to rub off some of the weathering, as I did with the True Line Trains slab side hopper--make it look really old. 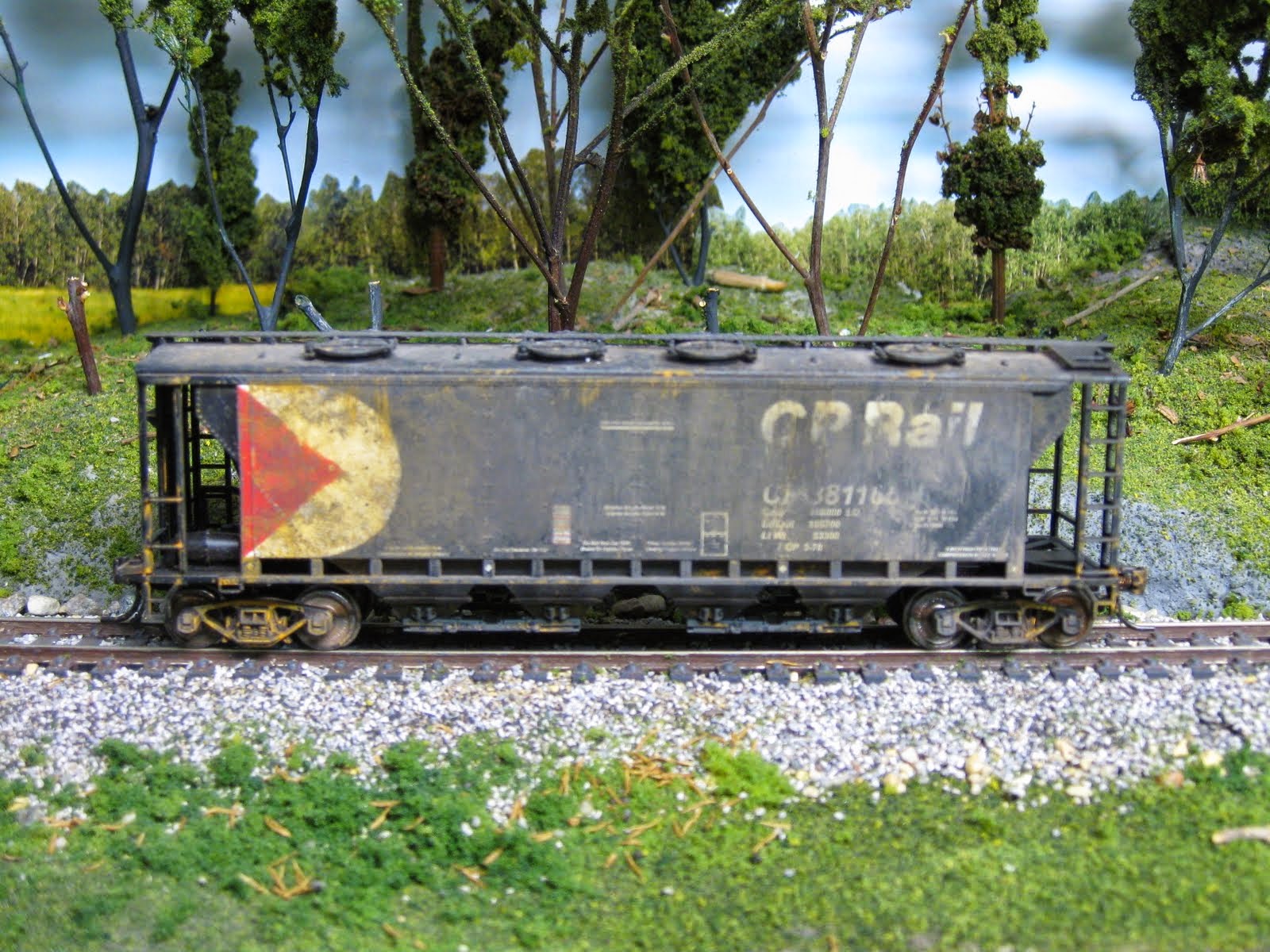 Hanging Around the Fort Frances Yard 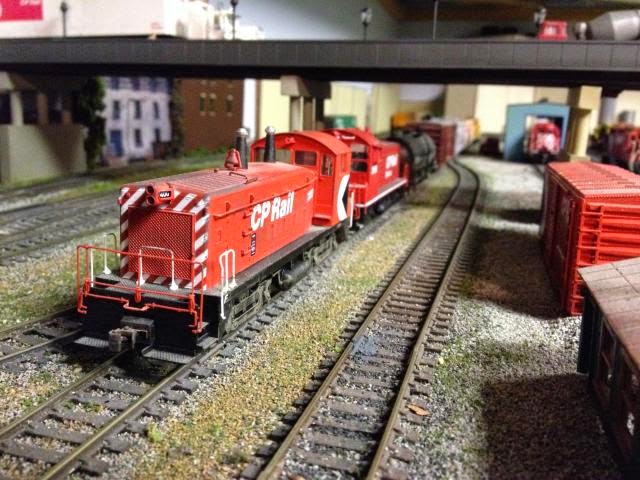 I was hanging around the Fort Frances yard when a local came in. It stopped beneath a bridge, so I was able to grab a few shots. (Including from my handy drone--don't leave home without one!) 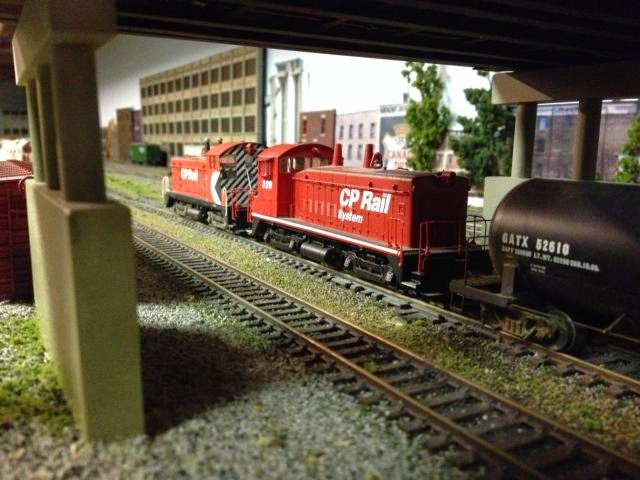 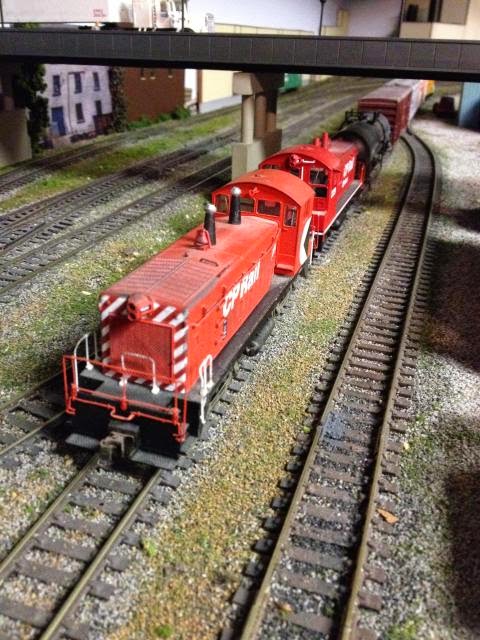 Bowser has just published the first sample photos of its new Canadian-style SD40-2 locomotives. Check out a few photos here, and more on their website. 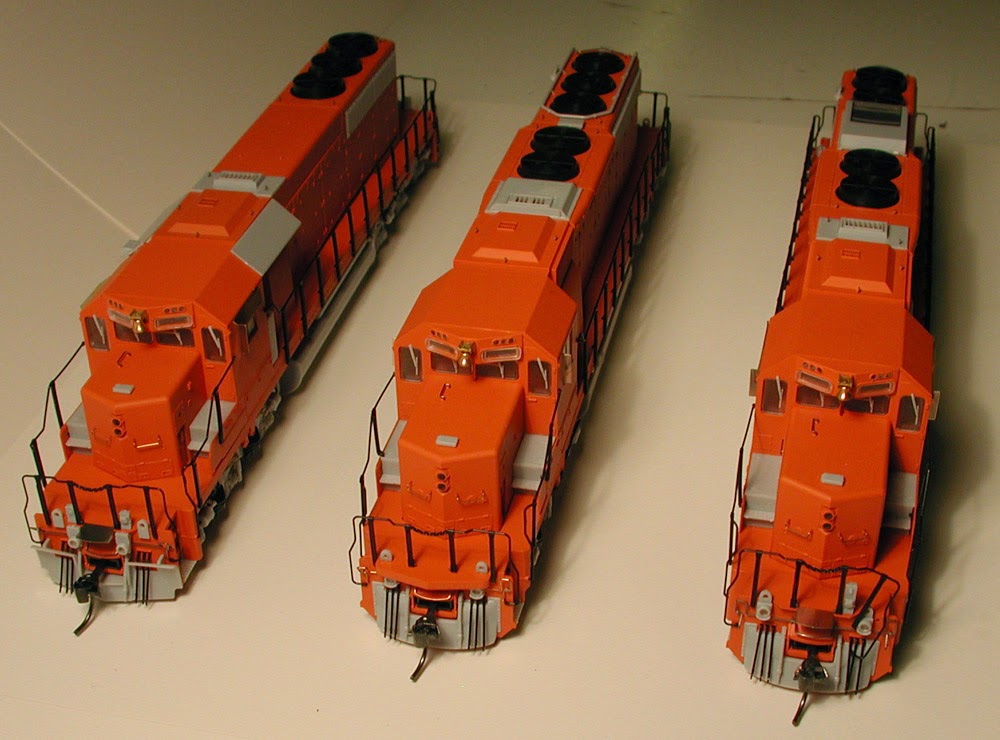 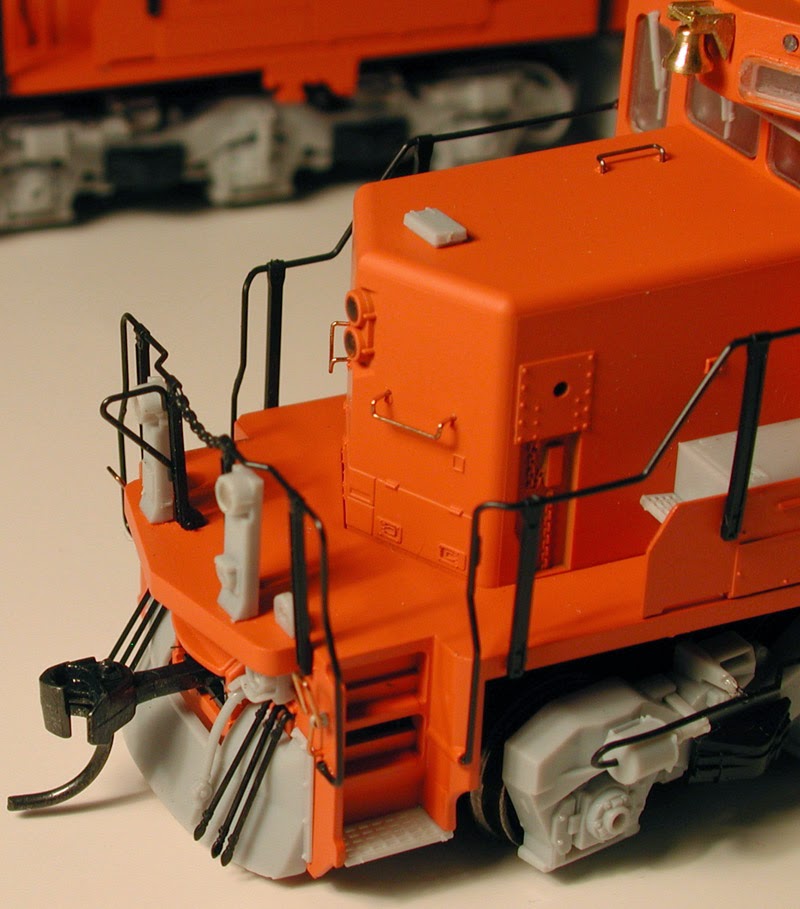 Read more about Bowser's great-looking model on this blog.
Posted by JDL56 at 6:33 AM No comments:

Of Railways and the New Canadian Museum for Human Rights

This being the official opening weekend of the new Canadian Museum for Human Rights, it only seems appropriate to mark the occasion on this Winnipeg-based blog.

But it is also appropriate for another reason; the Museum occupies part of what used to be known as the railway lands, or the old CNR downtown yard.


Today the area is home to The Forks, a wonderful meeting place for the people of Winnipeg, and the amazing Human Rights museum.

For a train guy, like me, the development of the area is welcome. But I do miss the trains that used to be found on this site. 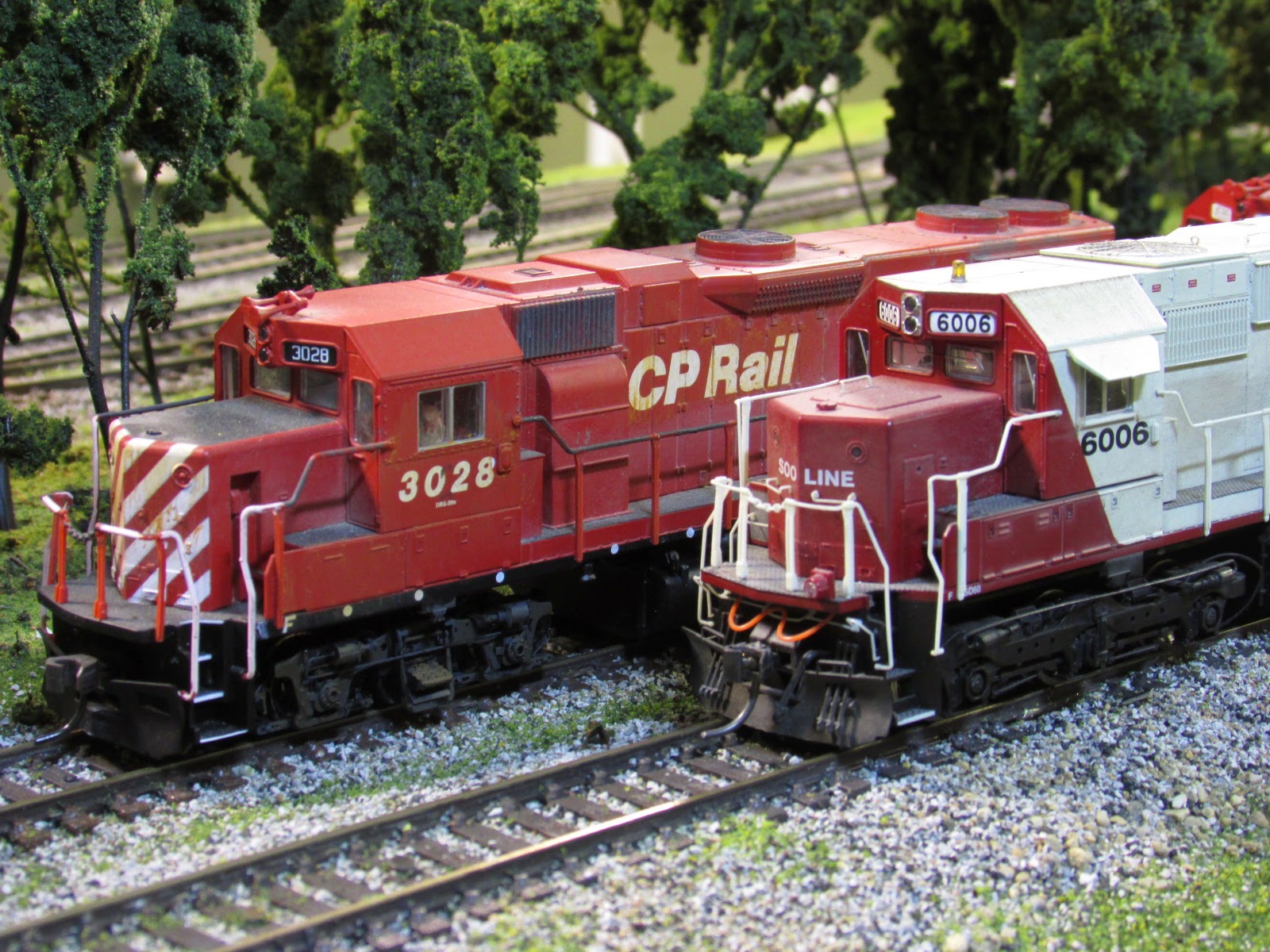 Personally, I'm blown away. Who'd have thought it might be so popular?

During the day, I write for a living. In the evening, I write for fun on this blog. Thanks to everyone for stopping by now and then to take a look.
Posted by JDL56 at 7:09 PM 1 comment:

Hardly a month goes by without news about another hobby shop closing. Which is why we should celebrate those that are still open--stores like Credit Valley Railway in Mississauga, Ont.


I was able to stop at Credit Valley recently while on my way back to Pearson Airport in Toronto. This is easy to do, since the store is located right off Highway 401 at Winston Churchill Blvd.


At 5,000 square feet, the fully-stocked store may well be the largest trains-only hobby shop in Canada. This includes lots of Rapido Trains products, including a number of CP Rail Angus vans.


A special feature of Credit Valley is the in-store layout which highlights many of the products for sale on the shelves. 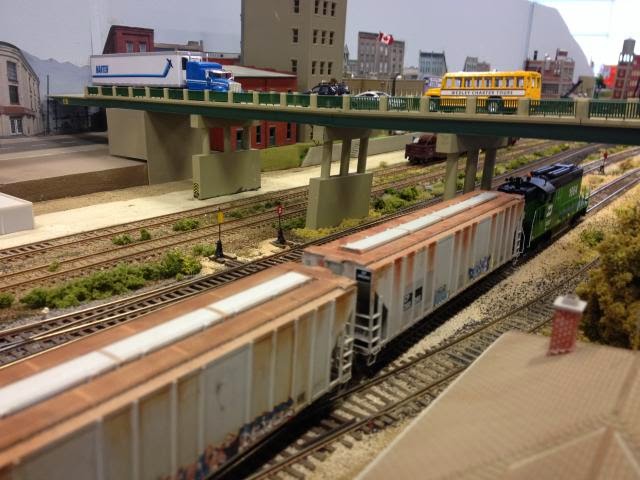 In addition to in-store shopping, Credit Valley offers online service, a loyalty card, clinics and custom painting and other services.


If your travels take you through Toronto, a stop at Credit Valley should be on your schedule. And even if you don't, support your local hobby shop--if you still have one left near you. 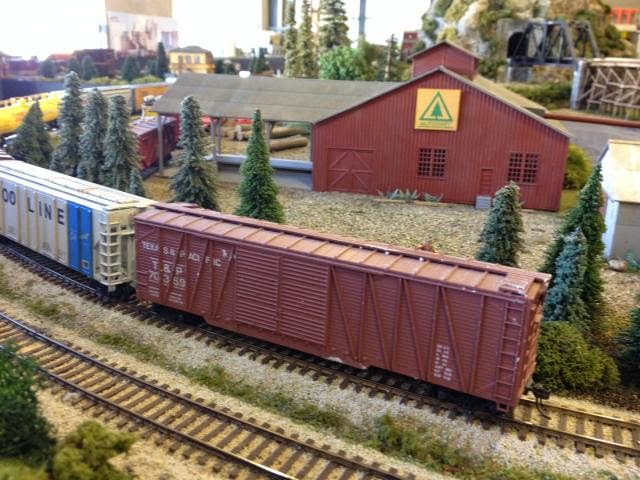 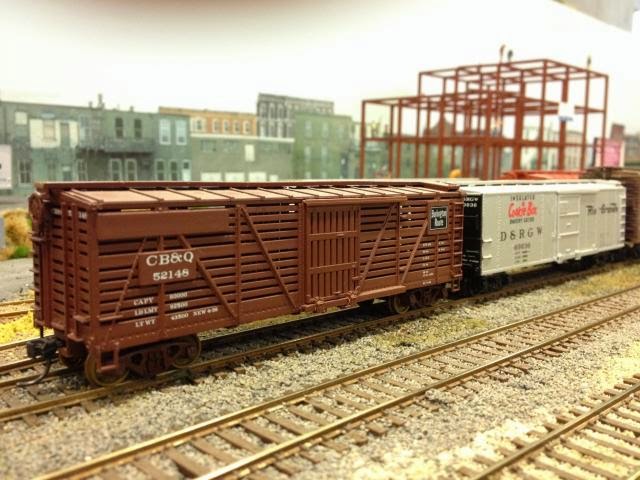 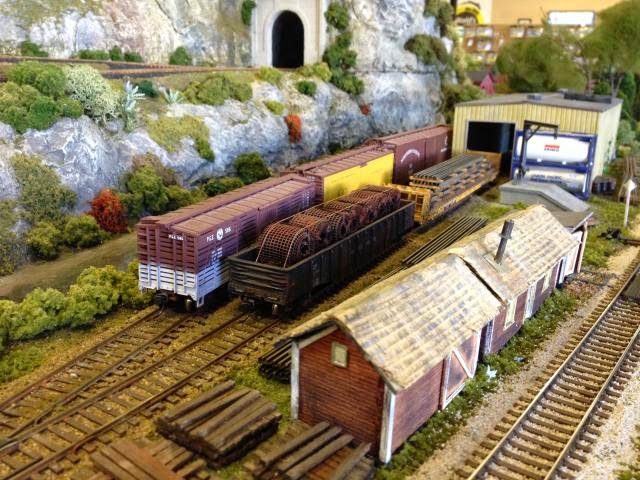 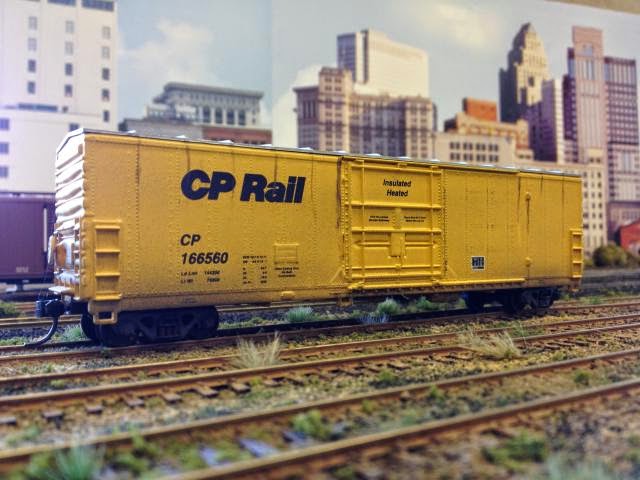 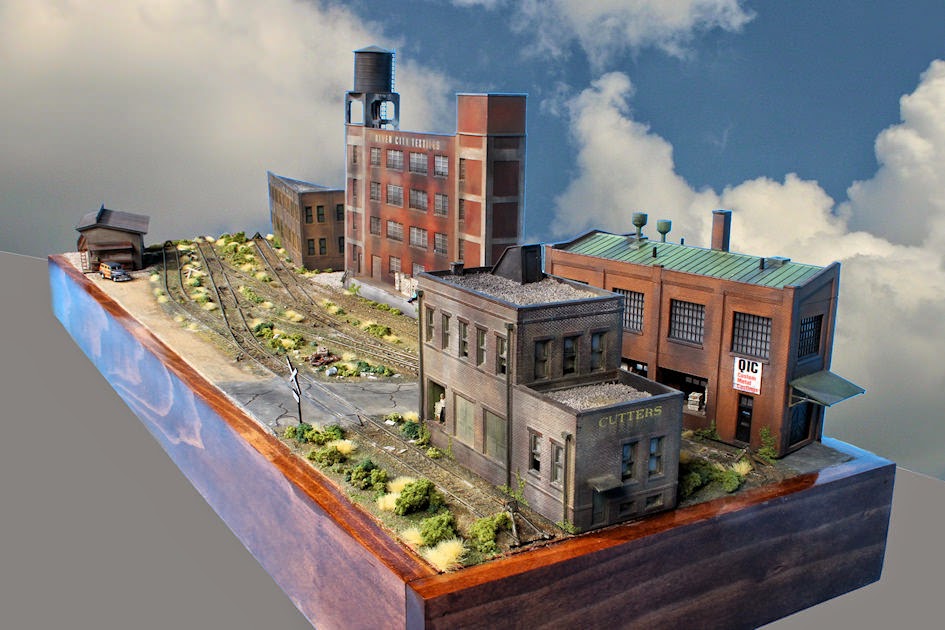 Answers vary. Some people are optimistic: The hobby has never been better! Others are pessimistic: It's going to be gone in a generation.

I am not given to making predictions, but here's a guess I will hazard: In the future, there won't be as many large home layouts. Instead, there will be more smaller switching layouts.

Why do I think this will happen? Two reasons.

First, people are more mobile today. They move a lot more. It's hard to build a big home layout if you expect to relocate frequently. A small switching layout could be taken on the moving truck, though.

Do I think people will stop buying rolling stock and locomotives at those prices? No. But they will buy fewer of them.

Which brings us back to switching layouts. A modeller could build a fine switching layout with one or two locomotives and 10-20 cars and have a great time. That's all he or she would need. 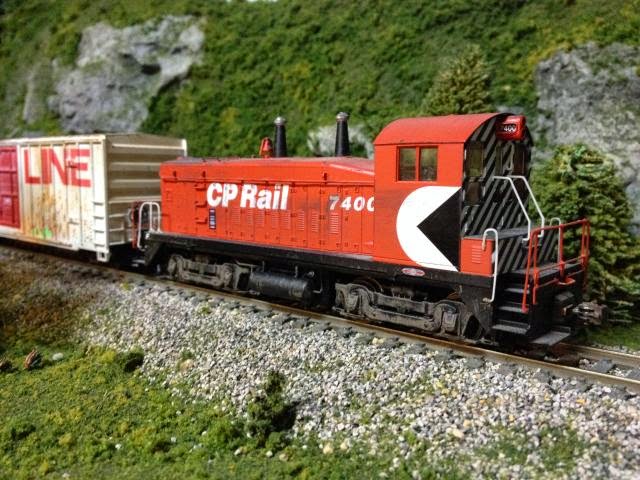 The CP Rail Manitoba & Minnesota Subdivision interchanges with the Peace River Northern at Nance, MN. This shortline railway serves a few industries in Nance, and also serves a paper mill located off the layout (see Industry That Isn't There). 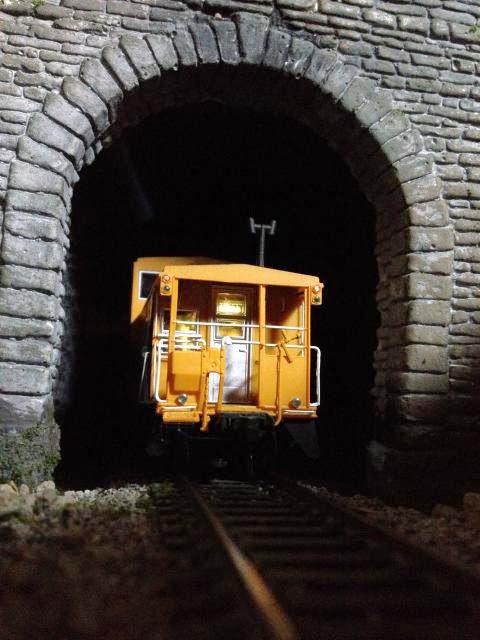 As part of my operating sequence, the Peace River turn departs Fort Frances with cars for the mill and industries at Nance. One the way back, it also switches the grain elevator at Ritchie. On this Labour Day weekend, 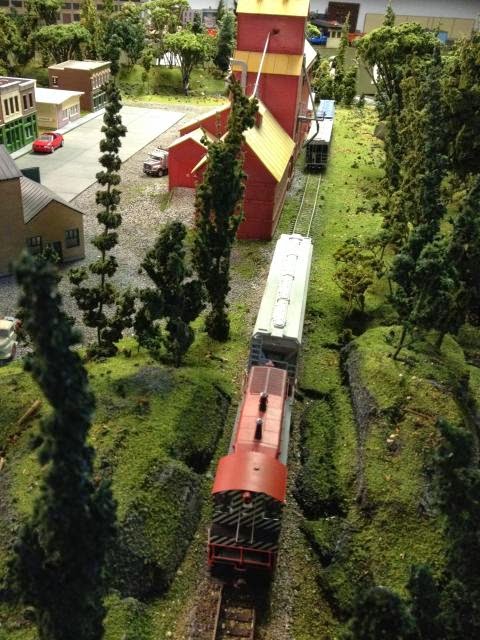 I was able to catch a few shots of the turn on its way back from Nance, this time headed up by an SW9 and--as a bonus--a caboose. 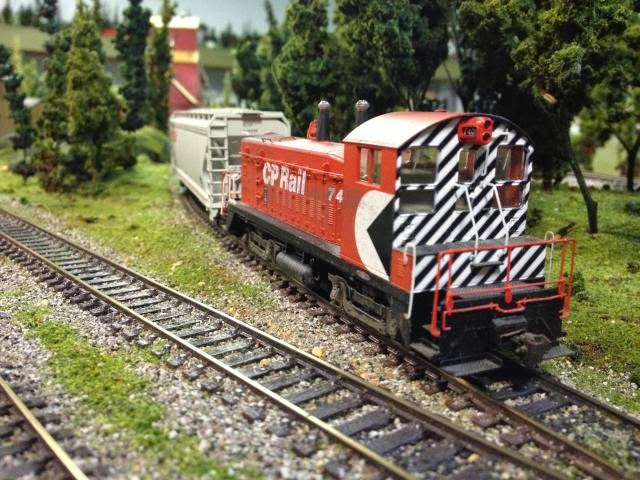 Click here and click here to read more about switching the interchange, along with photos showing the track arrangement. 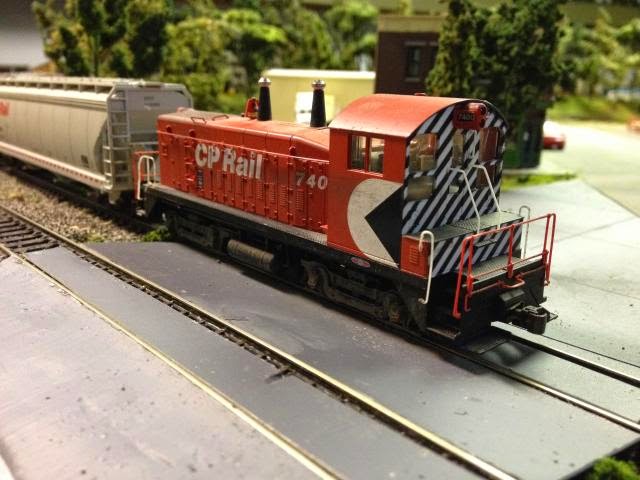