Those who read Model Railroader would have seen an article in the April issue by Doug Tagsold about changes he made to his great Denver, Front Range & Western HO scale layout.

In the article, Doug described how he had updated the layout to feature modern BNSF and UP power, along with other changes to the trackplan.

But by the time the article appeared in the magazine, it was gone—for about two years. Is this another example of the Model Railroader curse?

For those who aren't familiar with the Model Railroader curse, it's similar to the fabled Sports Illustrated cover curse. According to the curse, athletes who are featured on the cover are doomed to have bad seasons or performances. (In fact, an investigation found that it was only true 37.2 percent of the time.)

In the Model Railroader curse, people whose layouts are featured in the magazine (not just on the cover) are doomed to dismantle them. It's not ucommon to discover in the notes at the end of the article that the builder has torn down the layout since the article was published.

As I showed in my post about the curse in 2010, the explanation is quite simple: It's due to the lag between the time the magazine buys an article, and when it is published.

In Doug’s case, it appears to have been about two years since the time he wrote the piece on his upgraded layout and the publication of that article. By that time, he had moved on to build his new Terminal of Toledo layout.


(As an aside, it’s been about two years since Model Railroader purchased an article about the CP Rail M & M Sub. from me. It hasn’t been published yet. Meanwhile, the section of the layout featured in the article is gone. The curse affects me, too!) 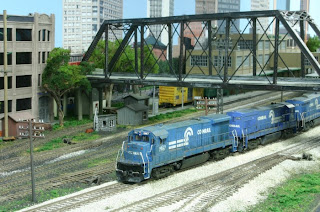 Doug’s new layout is completely different from the old DFR&W. This time, he’s featuring urban switching. Interestingly, he also designed the layout to be operated sitting down, using rolling chairs. (You can listen to an interview with Doug about the new layout and this unique operating method on the Model Railway Show.)

Doug may have changed layouts, but one thing hasn't changed: The new Terminal of Toledo is just as spectacular as his previous layout! 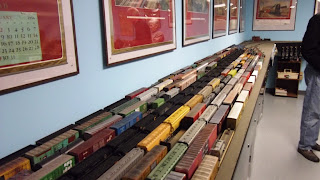 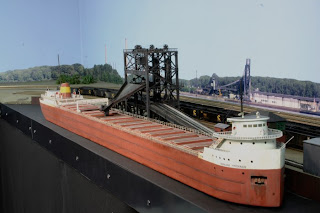 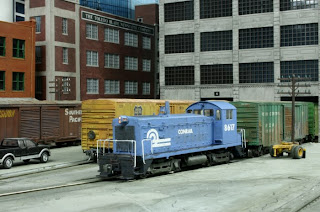 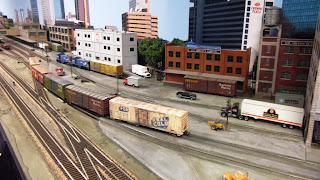