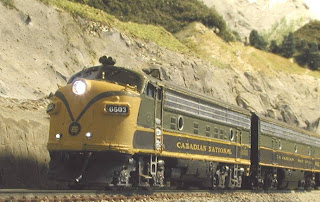 The layout, which represents CNR operations between Edmonton and Jasper, Alberta in the late 1950s, occupies a 12 by 18 foot room. Total mainline length is 70 feet; track is a mix of handlaid and Micro Engineering code 55 flex track. The grades are relatively flat, since the line follows the Athabasca River. 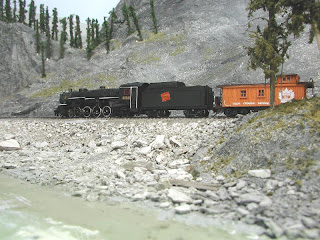 Trains travel west from Edmonton to through farming country before entering the foothills and the towns of Edson and Hinton. The line then crosses the Athabasca River and follows it to Jasper, where locomotives are serviced.

From Jasper trains proceed to Lucerne Lake. From there the trains “magically” reappear as westbounds coming into Edmonton from eastern locations. 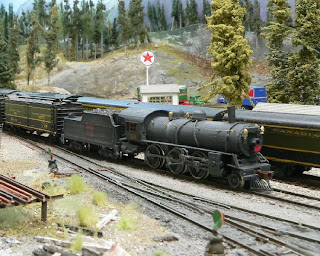 Dan uses extruded Styrofoam for a subroadbed in the rural areas. He also uses it for scenery; the background mountains are carved one-inch Styrofoam placed vertically against the wall. After carving, he sprayed it with stone texturing paint; before the paint dried he used an eraser to provide a stratified look. After that he painted it gray, followed by a thin wash of black to highlight the detail. It provides a lot of depth in a small space. 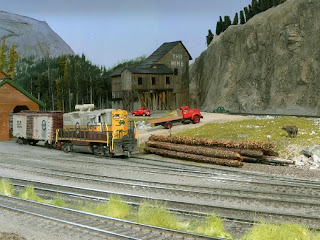 Dan makes prairie grass by pressing fake fur into wet plaster—with the backing up. When dry, he rips off the backing, leaving many individual strands of fur stuck in to the plaster. He then cuts these to length and adds ground foam. According to Dan, it’s a lot easier than planting the grass one strand at a time! 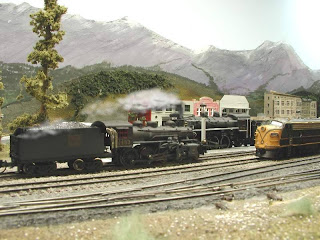 I worked with Dan in 2001 to help get his layout published in Train 10, Track 6 of Canadian Railway Modeller. Click here to see more photos on his website, along with model railroad tips. More photos of Dan's layout are below. 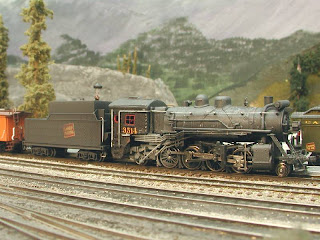 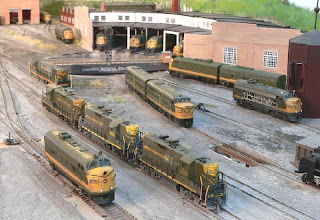 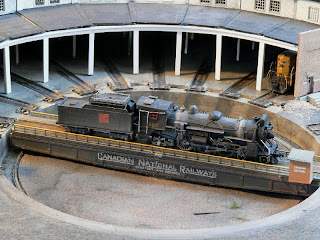 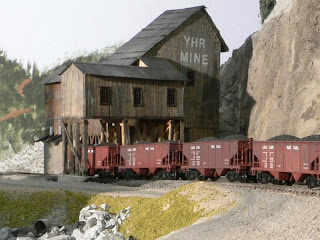 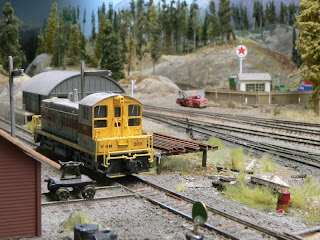 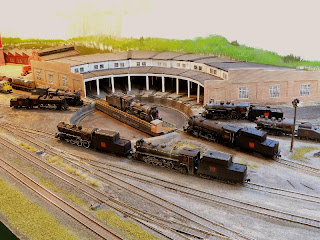 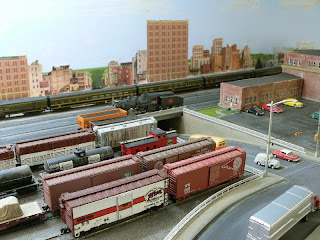