Photo of a VIA Rail High-Speed Train? I Wish. 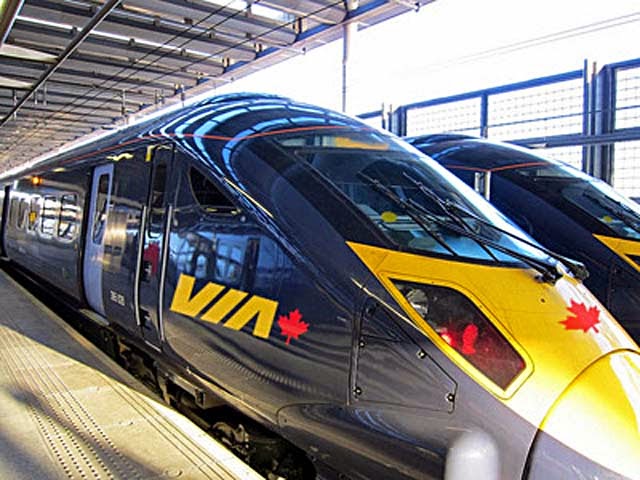 I was visiting OKthePK—one of my favourite Canadian railway news websites—when I spotted this photo.

The image, Photoshopped by an anonymous designer from a photo of a Hitachi class 395 at London's St. Pancras Station, accompanied a story about a dedicated passenger rail line in Quebec City-Windsor corridor.

The article quoted VIA Rail CEO Yves Desjardins-Siciliano as saying that "it's a definite possibility, meaning that we are acquiring track as it becomes available in the corridor."

He went on to say that he believes he can raise private capital to fund the purchase of track.

As a result, VIA’s on-time performance declined last year to about 77 percent because of increased freight traffic, Desjardins-Siciliano said.

Desjardins-Siciliano estimated that a high-speed train in the corridor would require upwards of $3.5 billion for the track and right-of-way alone.

A full high-speed network with trainsets like the ones in the photo above would cost three times as much—something that isn't in the cards.

Which means that the only thing we Canadians can do is look at the photo and dream.