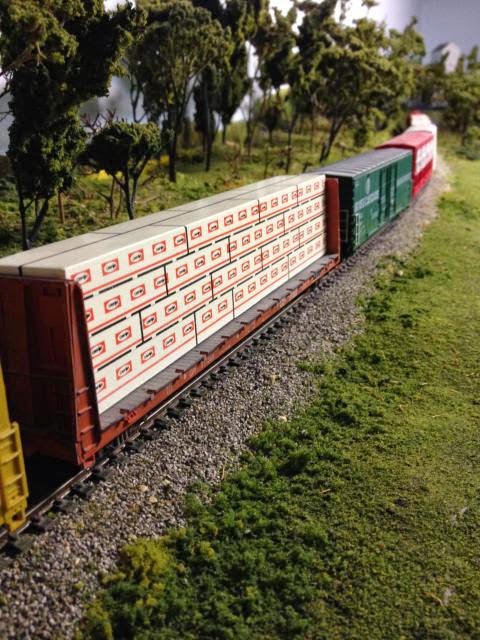 It's a pretty common sight here on the prairies: Long trains of bulkhead flatcars and boxcars headed east loaded with lumber from B.C.

Since I model a line which features trains running from western Canada down to the U.S. heartland (based on the historic Duluth, Winnipeg & Pacific, now CN), I needed to have a train like that on the M & M Sub. 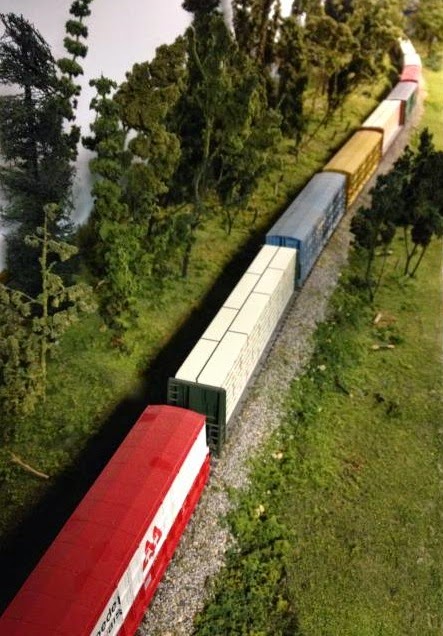 My unit forest products train is in keeping with my overall philosophy of simplicity and plausibility. That's why it doesn't bother me to use MDC 60 foot flats (not prototypically correct, I know) or lumber loads with the loads painted on them.

(Darned if I can remember who made those loads, though. There is no name on them. They were pretty easy to find up here in Canada in the 1990s. Anyone know the manufacturer?) 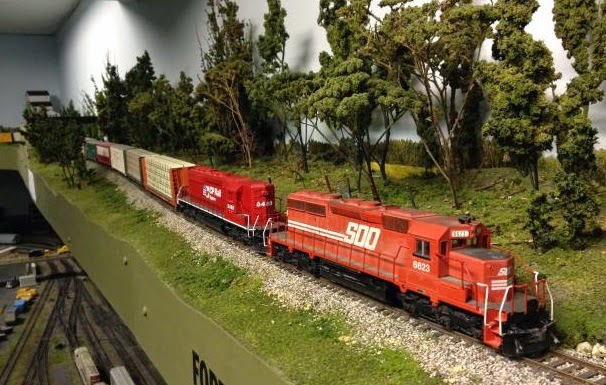 The train also contains Proto 1000 and Walthers Thrall All-Door boxcars, and one or two from other makers, too.

On the M & M Sub., the train comes from Winnipeg (upper level staging) and winds its way down to Duluth/Superior on the lower level.

Upon arrival, the loads are removed and its ready to head back to B.C. to get more lumber for those home-hungry Americans. 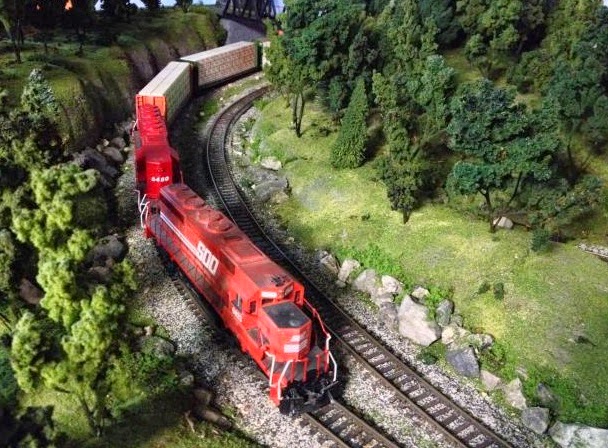 Which is a good thing; when loaded, the 18-car train is heavy. It's much easier for it to go down that way than up.

The forest products train is one of five unit trains that operate on the M & M Sub.: Forest products plus a double-stack, two grain trains, and a coal train. 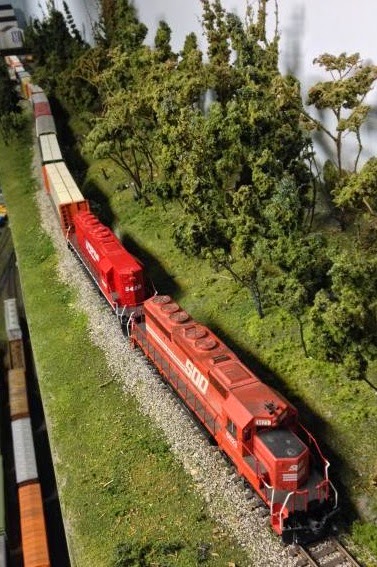 To me, it looks fine. For anyone who is bothered, I can only say: Stand back three feet and enjoy the view!