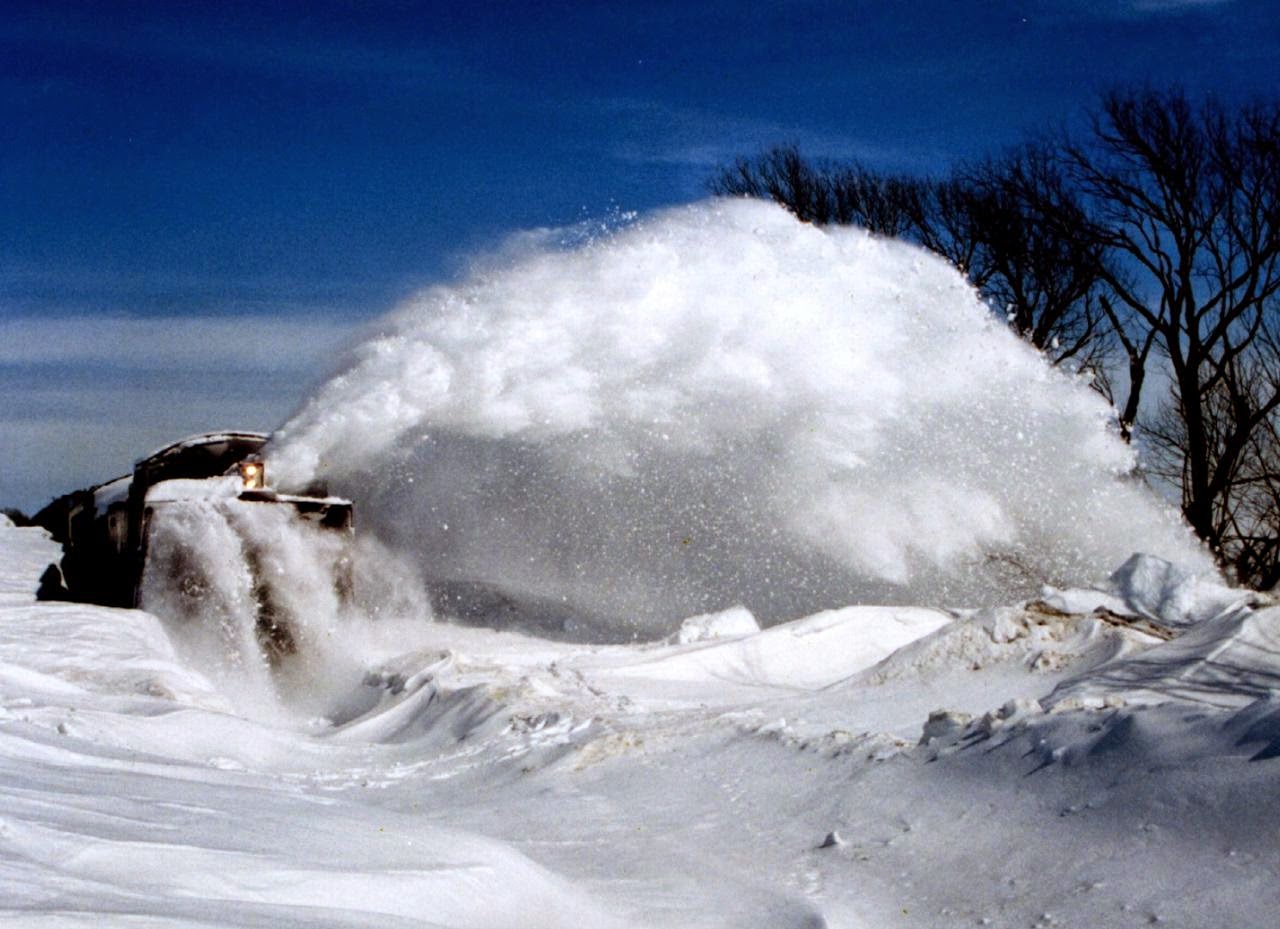 So it turns out that the rotary snowplow was invented by a Canadian. Who knew?

It goes back to 1870 when a Toronto dentist name J.W. Elliot patented a plan to make "An Improvement on a Machine for Removing Snow from Railway Tracks," or a spinning snow shovel.(Patent number 3991871.)

Unfortunately, Elliot couldn't find anyone interested in actually manufacturing his new type of plow, so he went back to being a dentist (and inventing new dentist tools).


That's when Orange Jull of Orangeville, Ontario, enters the picture, prompting the eternal question: Who names their kid "Orange?"

Jull expanded on Elliot's design, building working models he tested with sand. He contracted with the Leslie Brothers of Toronto to build a full-size prototype that proved successful. 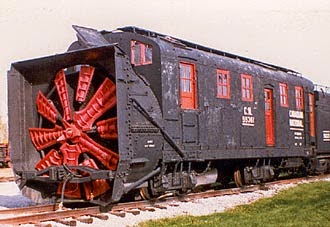 The first railway to buy and use one was the Chicago Northwestern, in the winter of 1883-84 in Iowa.

The CPR bought its first rotary snow plows in 1888 for use in B.C.'s Selkirk Mountains.

By the winter of 1889 it had a fleet of them throughout  the Prairies, in northern Ontario, and elsewhere in eastern Canada. They were replaced by other ways of clearing snow in the 1950s.

The only railway that still uses rotary snow plows, as far as I can tell, is the Union Pacific, in California's Donner Pass. Click here to watch a video that shows them in action. (Thanks to Greg who posted a comment below that BNSF still has a few in the midwest.)

Now that I think of it, it makes perfect sense that a Canadian invented the rotary snow plow--this is, after all, the land of ice and snow.

Top photo by Jim Cunningham from Northeast Rails, which has a good selection of photos of various rotary snow plows.