On the Cover of the Rolling Stone, er, Model Railroader 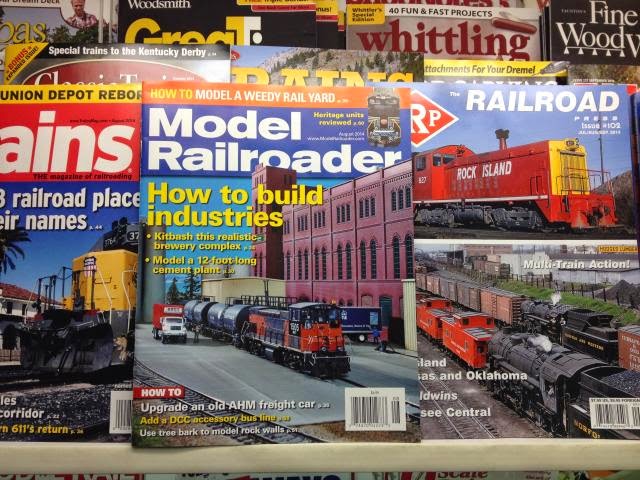 (I took this photo back in July at a book store in Montreal. I meant to post it earlier. Better late than never, I suppose.)

It's not like being on the cover of the Rolling Stone, something finally achieved by the group Dr. Hook and the Medicine Show back in 1973.(After sarcastically begging for it in a song of the same name.)

But I did get on the cover of Model Railroader this past August. Well, a line about the article I wrote made it to the cover, at least. There it is, at the bottom: "Use tree bark to model rock walls."

Who cares about the Rolling Stone if you can be on the cover of one of North America's leading model railroad magazines?

Read about how I use tree bark for rocks here.

Addendum: In the article, I noted how I don't use tree bark with moss on it, and how I put the bark in the freezer to kill any bugs that might come alone for the ride. A couple of letter writers in the September issue of Model Railroader said that the best way to kill bugs is with heat. They may be right, but after 15 years or so I have never had any trouble with bugs of any kind.
Posted by JDL56 at 2:02 PM