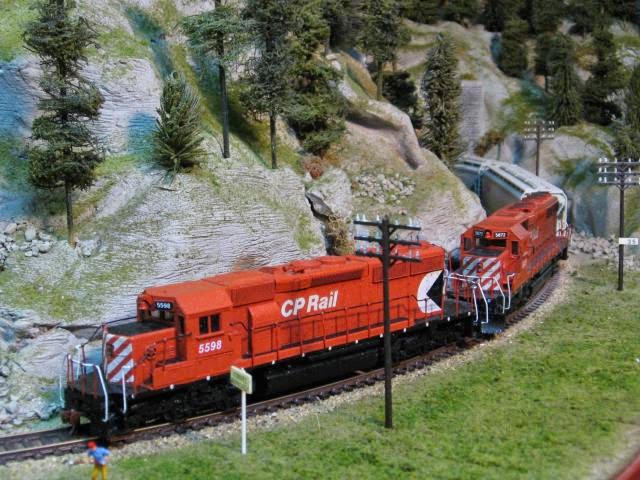 While writing about the Oct. 14 death of my brother-in-law, Ken Epp, and his layout--the cougar River Sub.--I realized that I hadn't ever actually created a post of photos about the layout. Until now, that is; enjoy a tour of the layout, which existed from the mid-1980s until 2009. 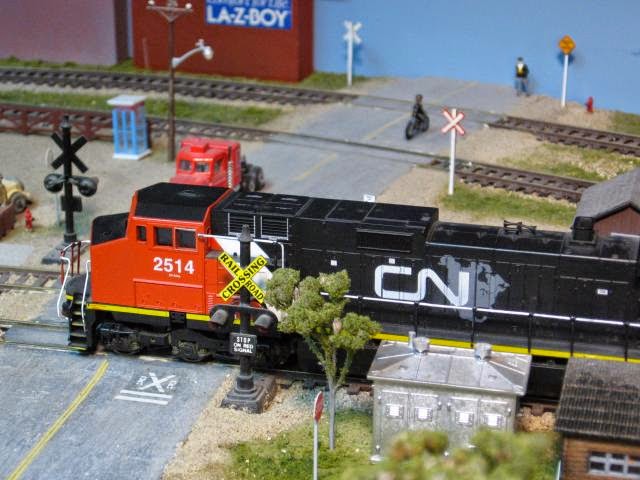 The Cougar River Sub. (named after Ken’s cat) was one of the largest layouts in Winnipeg. Started in the mid-1980s, it grew from a single level layout in the back part of Ken’s basement to become a four-level layout that encircled his entire basement. 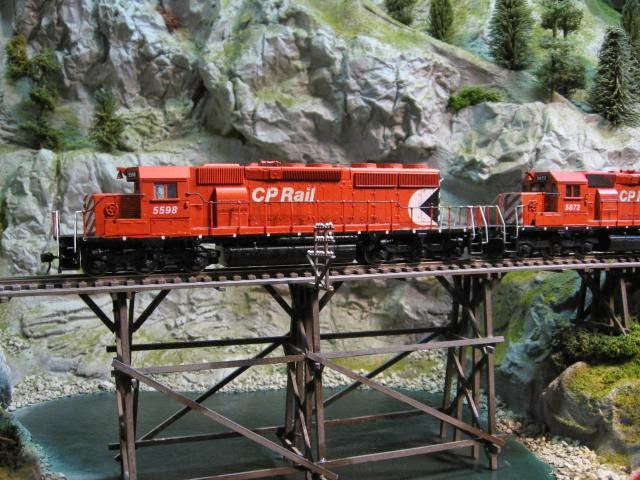 Ken never intended to build a huge layout. “I just started and it grew,” he told me.

Scenically, the layout featured mountain, prairie and Canadian Shield scenes, including a concrete snow shed inspired by the Skoonka Tunnels in the Thompson River Canyon. It featured trains from both CN and CP Rail, with classic CPR maroon and grey running beside CN white, orange and black. 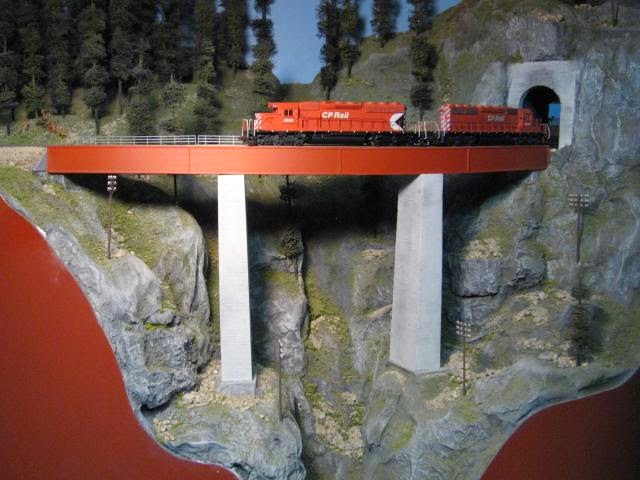 The mainline was over 500 feet long, and train lengths were 25-30 cars. Four trains could be run at a time on the DC-controlled layout; it took about 25 minutes for a train to run unimpeded between the lower and upper staging yards.

And by upper level staging, I mean upper—the staging yard was suspended about a foot below the ceiling joists in the furnace and laundry room area.

All train movements were controlled by a dispatcher, who was located in a small specially-built room that featured a seat from a real CN SD40-2; 40 operating signals and radios helped operators move their trains along the line. 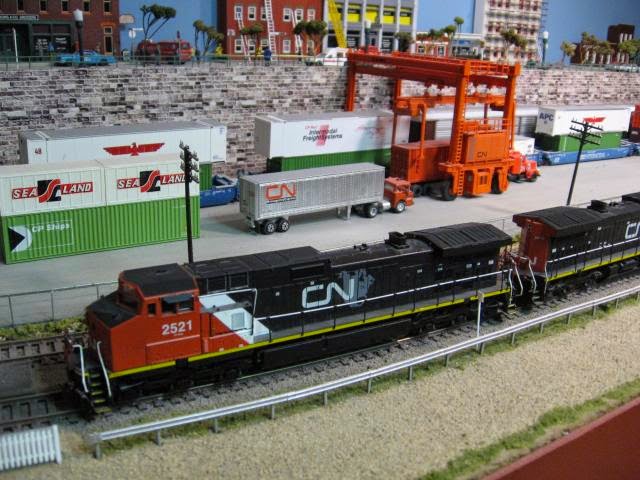 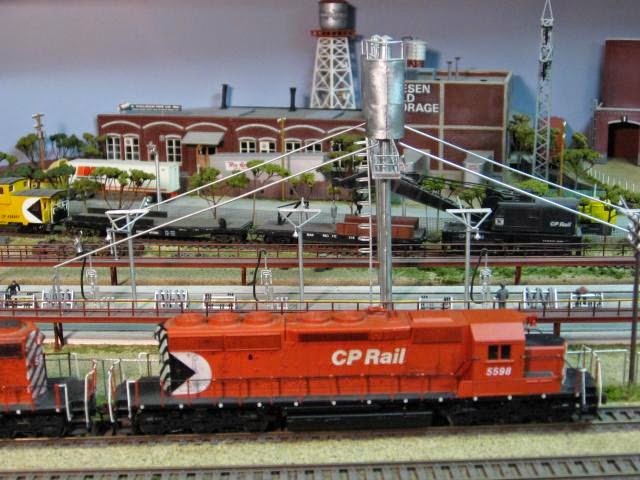 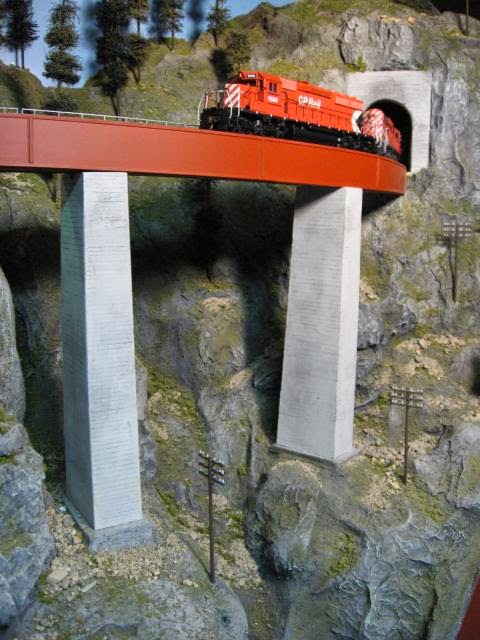