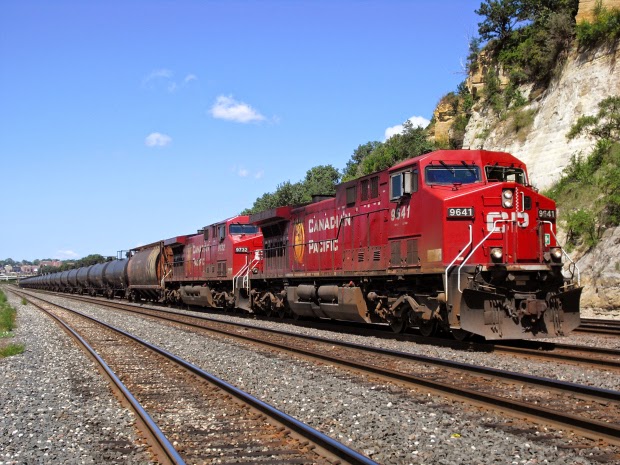 The CPR-CSX merger talks are officially off.

CPR CEO Hunter Harrison confirmed that discussions between the two railways have ended.

Even though the CPR failed in its bid to merge with CSX, it continues to be interested in merging with another railway. KCS has been cited as a potential partner, or maybe Norfolk Southern. And the CPR itself might be open to being taken over by one of the other large railways, Harrison said.

Whatever happens to the CPR, Harrison believes that that the North American railway industry needs to find ways to address the growing gridlock caused by rising freight volumes--especially oil.

More information about the CPR-CSX failed merger, and other news related to the CPR, can be found in the Globe and Mail here and here.
Posted by JDL56 at 7:42 PM