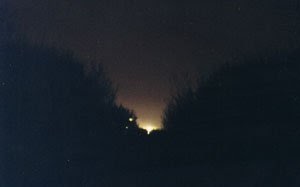 Just in time for Halloween: The Ghost Train of St. Louis, Sask.

St. Louis is located 122 kilometres northeast of Saskatoon. The legend of the Ghost Train dates back to the 1920s, when a brakeman either fell on the tracks, or was searching underneath a railway car, when the train moved and he was decapitated.

According to the legend, ever since that tragic event the poor brakeman has wandered the track every night with his lantern looking for his lost head, or the train has come down the line looking for the brakeman's body.

Either way, people claim that the light of that lantern or the train can still be seen—even though the tracks were pulled up in 1983.

Those who have seen the light say it moves up and down along the old abandoned rail line, changing colours and varying in brightness.

Les Rancourt, Mayor of St. Louis, is one of them.

"It basically looks like a street light from a distance that's a little brighter and gets a little dimmer," he told the Western Producer. "There's a little red light that's sometimes seen on either side of it." 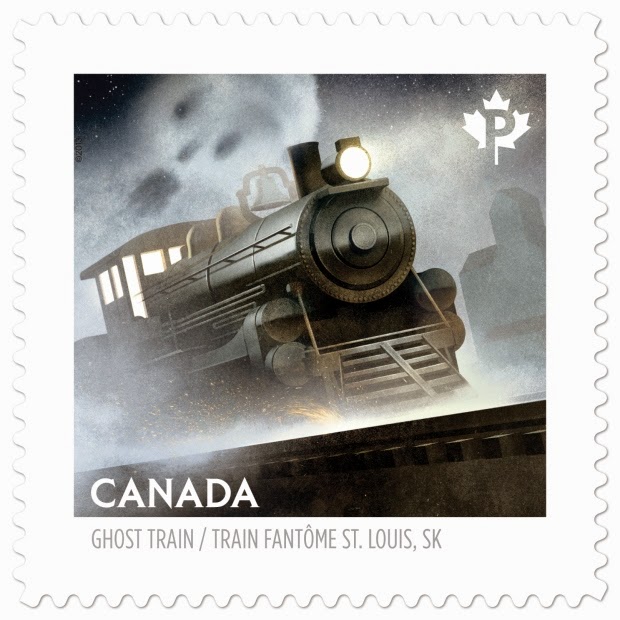 The Ghost Train has also been featured on TV's Unsolved Mysteries, and on a Canadian stamp.

While the legend of a headless brakeman or ghost train is more fun, especially around Halloween, skeptics say the light is nothing more than headlights from passing cars some distance away.

Even though the tracks no longer run through St. Louis, it seems that a train still  does—the Ghost Train, that is.

More information about the Ghost Train here (with photos and video of the lights), here and here.