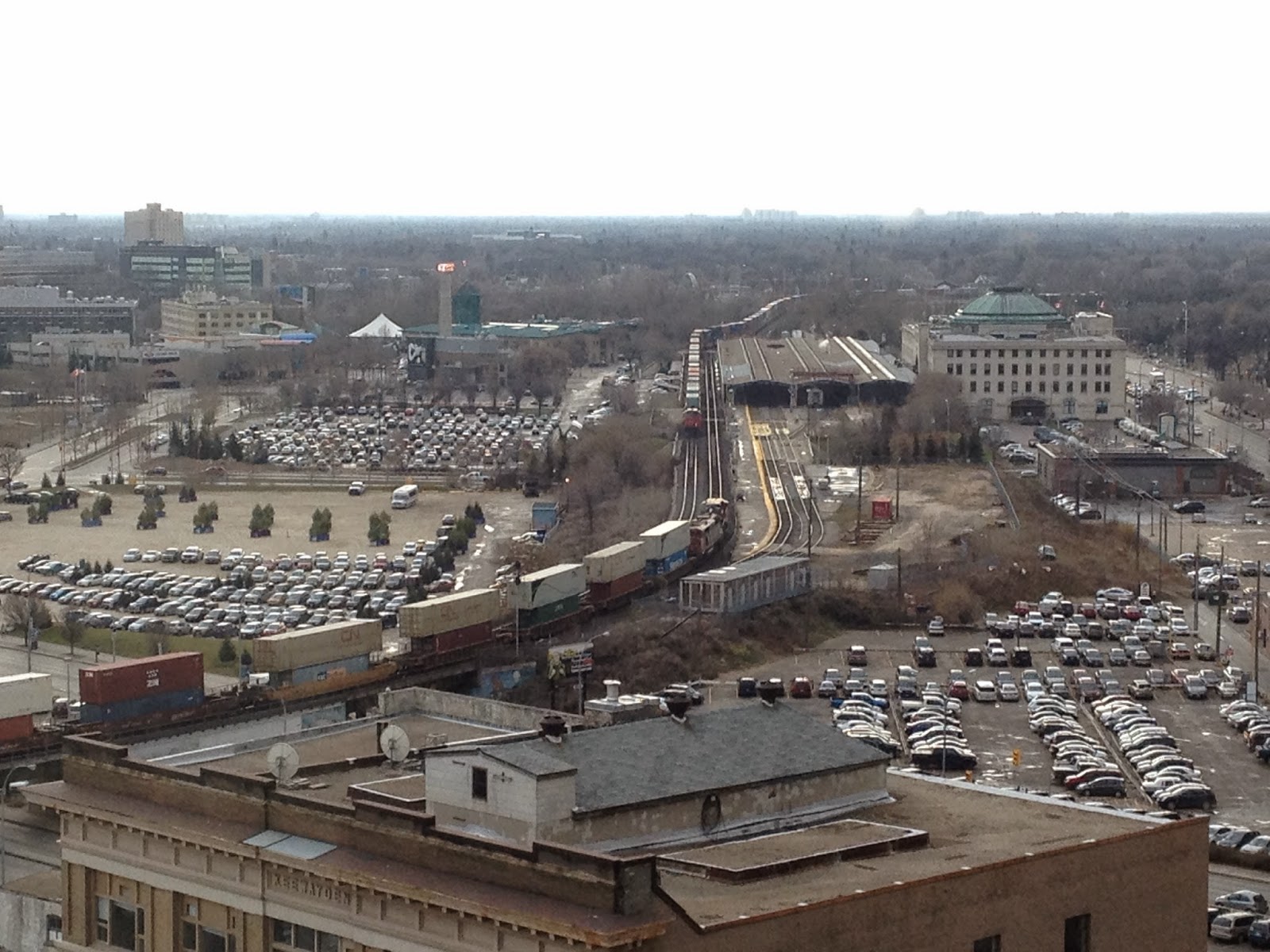 I had an occasion to be on the 17th floor of Winnipeg's downtown Fairmont Hotel in fall. I was at a meeting, but I had a hard time paying attention, what with the view of the CN mainline and VIA station to the south.

When the meeting was over, I took a few photos of the scene below the hotel of the former CN East Yard--now known as The Forks. 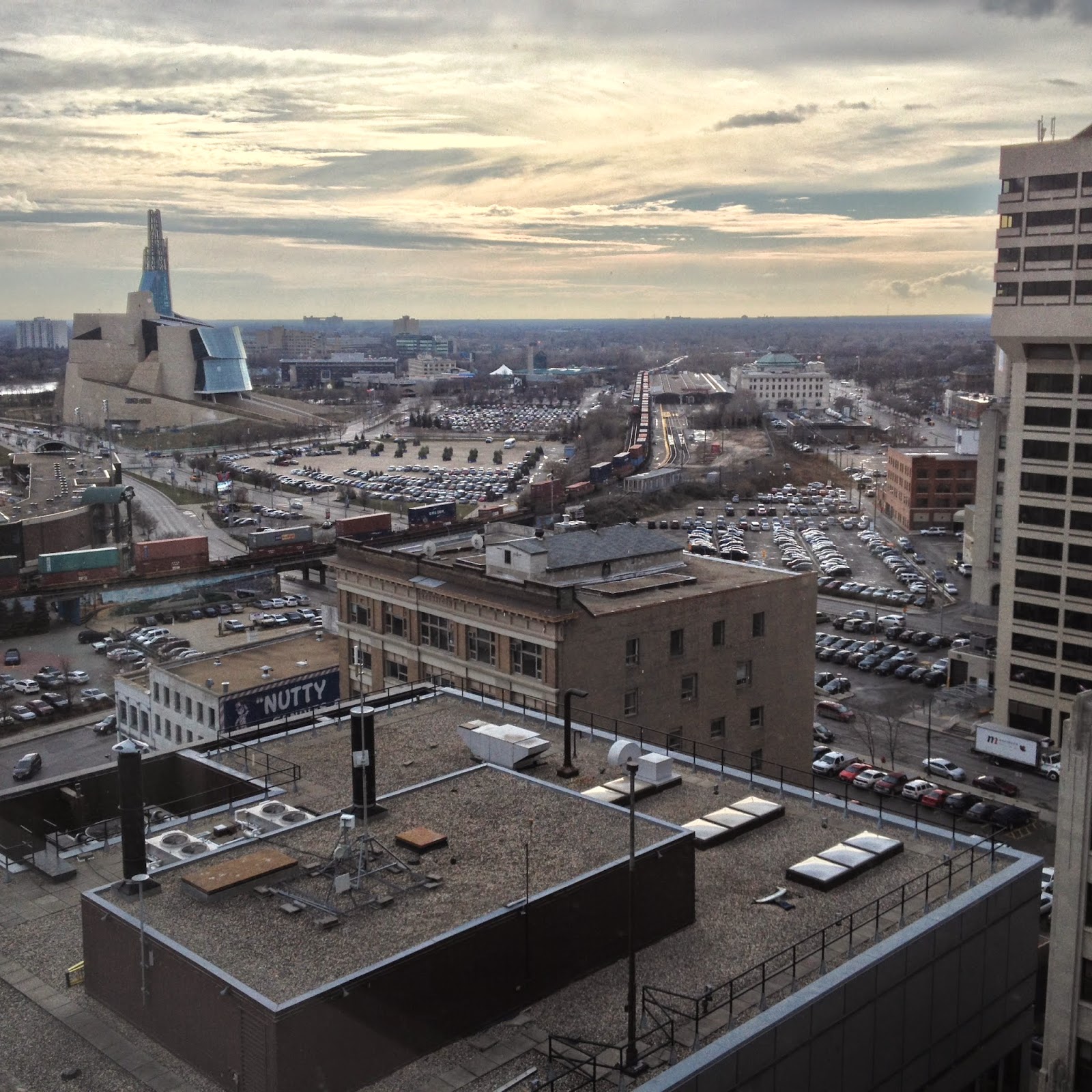 The history of the East Yard dates back to 1888, when the Northern Pacific & Manitoba Railway was chartered.

The line, which ran south to the U.S. border (connecting with the Northern Pacific), terminated in downtown Winnipeg where the railway built a station, yard and engine facilities.

The NP & M was purchased by the Canadian Northern in 1901; that railway became part of Canadian National in 1918. But the East Yard remained, as did the old NP & M engine house, nestled behind the Union Station (built in 1911).

After CN built its new SymingtonYard in 1962, the East Yard was relegated to mostly freight and passenger car storage.


In the late 1980s the site was converted to a public space, known locally at The Forks.

It is the site of the new Canadian Museum for Human Rights, along with the Forks Market, Children's Museum (located in the old NP & M engine facility), outdoor concert venue and a theatre for young people.

The station, now known as the VIA station, is home to the Winnipeg Railway Museum, which also hosts the Gateway Western, the layout of the Winnipeg Model Railroad Club.