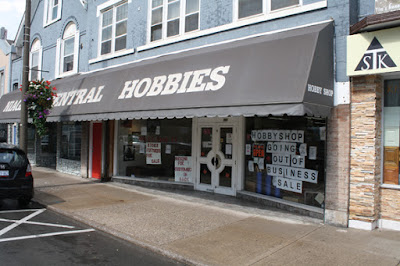 When a hobby shop closes, it’s like losing a friend. Even if you haven’t seen that friend for a long time, you still feel the loss.

That’s the way I felt last August when I heard that Niagara Central Hobbies in St. Catharines, Ont. had gone out of business.

Founded in 1947 by the family of Ray Lounsbury and his wife, Marie, Niagara Central Hobbies—known locally simply as “the hobby shop”—was where I developed my interest in and love for model railroading.

Over its history, it had three locations. I started visiting at its second location, on St. Paul St., opened in 1954. That’s where I got my first train stuff as a kid, then later as a teenager: Tri-Ang, then HO, and finally N scale.

I didn’t have much money as a child; our family was poor. Many times a visit to the hobby shop was just for looking and dreaming. And oh—how I dreamed! 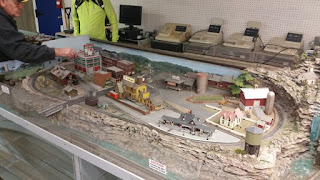 One of my favorite things to do was to watch the trains go around on the little layout in the store. One day, I told myself, I’m going to have a layout like that. 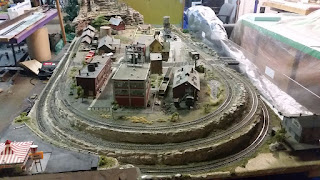 Niagara Central moved to its final location in 1974, two years before I moved away from St. Catharines. I never lived there again. Later, when business or visits to family brought me back, I always made sure to stop at the hobby shop.

For decades, Niagara Central was one of the best train-focused hobby shops in Canada.

It was it well-stocked with locomotives and rolling stock from all scales (although the N scale section was small), and included a large brass collection. There was also a good selection of building kits and detail parts.

Best of all, a large area of the store was dedicated to used items; I purchased a lot of pre-owned rolling stock during my many visits over the years.

Staff, being model railroaders themselves, were knowledgeable and friendly (although Ray could be intimidating at times).

At one time, Niagara Central also hosted a model railroad club in an unused apartment above the store.

Why did the store close? The same reason so many others have shut their doors: The Internet. Many (most?) model railroaders today buy online. Local hobby shops simply can’t compete. (Although some say the retirement of Ray contributed to its decline.) 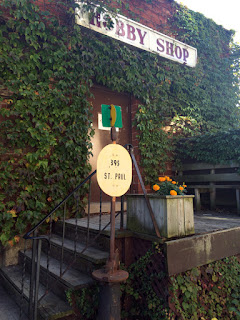 In 2013, I lost my Winnipeg hobby shop when Elmwood Hobby Works closed. That is still terribly sad; whenever I pass by the old store front, I feel a pang of loss.

I feel the same way about the death of Niagara Central Hobbies, even though I don't live in Ontario any more. It contained more than just trains; it also contained so many of my early model railroading memories.

Fortunately, some of the iconic items associated with the store have been saved by the Niagara Railroad Museum. This includes the ex-CNR baggage cart (that was used to display products), the store’s layout and the replica trolley coffee bar. The Museum hopes to have them ready for display this year.

Maybe the next time I am in St. Catharines I will go see them and re-live old times. 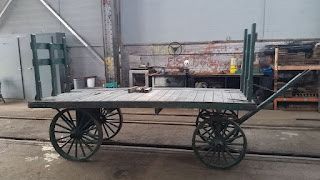 Read another reflection about the closing of Niagara Central by Trevor Marshall.

Watch a video of the store here.

Thanks to Ken Jones of the Niagara Railroad Museum for some of the photos.