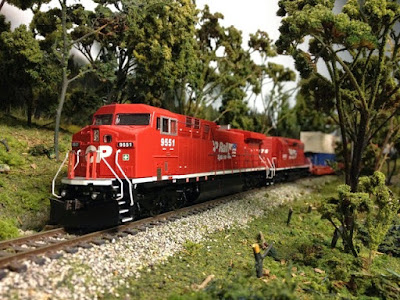 To mark 1 million views on this blog, I thought I’d reflect a bit on the layout that inspired it, and the blog itself.

That first layout lasted from 1988-94 in a former house. The 12 by 18 foot around-the-walls model railroad was a test-bed for the current layout.

It’s where I made my first mistakes, and learned important things like making sure I had a long yard lead, no #4 turnouts on the mainline, no 18 inch radius curves and keeping grades to 1.5 percent.

Those things are obvious now, but they weren’t so clear to a newbie starting out in the hobby.

The current double-deck layout was started in 1994. It fills a 17 by 21 foot room, with tracks circling the room and on a centre peninsula. A helix in an adjoining storage room links the two levels. 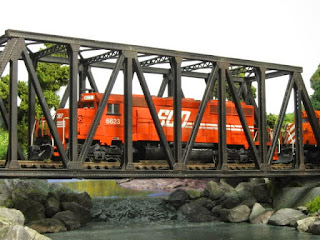 Originally, the centre peninsula was home to three levels of the layout. A few years ago, when the layout was essentially finished, I dismantled the two of the levels in order to have something new to do. (I was bored!)

One thing that takes some people aback about the M & M Sub. is that it is still DC. (Or, as I call it, Dinosaur Control.)

A total of four trains can be operated at one time, using rotary switches on the yardmaster and dispatcher panels to control the trains. 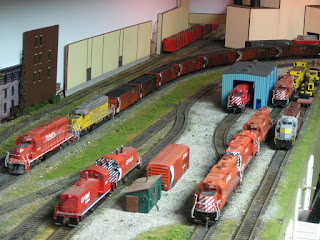 Four trains can be operated, but that rarely happens. I mostly operate the trains by myself, using a sequence schedule. It can take two days, two weeks or two months to run the schedule, depending on how often I run trains.

In terms of era, the layout is set in the early 1990s. This is a time when my favorite locomotive, the SD40-2, was the most common form of power.

Setting the layout in that time period also allows me to run a variety of liveries: Multimark, no multimark, Twin Flags and various SOO Line schemes, along with various other kinds of unique paint jobs on CP Rail at that time. 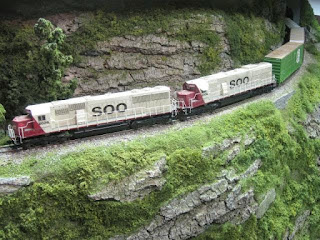 (What’s startling to me, after all these years, is that when I started the layout I was modeling the current scene. Now I am modeling the past!)

Geographically, the layout is a cross between freelance and proto-lance: It is based on the real-life CN (ex-Duluth, Winnipeg and Pacific) line from Winnipeg to Thunder Bay and Duluth through Fort Frances, Ontario.

Operationally, the layout is “dark”—no signals. In this, it follows the way prototype CP Rail Weyrburn Sub. in Saskatchewan (another favorite line). 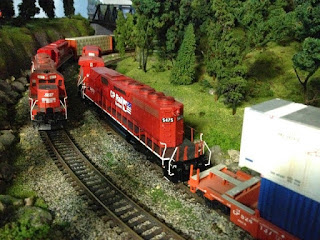 Scenically, my objective for the layout has never been realism; I’m not a good enough modeller for that! What I have sought to achieve is plausibility, using the C-P-R principle;  I’d like viewers to see the layout and think: That looks believable.

My scenery is almost exclusively made from Styrofoam, as is the upper deck itself. I find Styrofoam easy to work with, and easy to make believable landforms from. 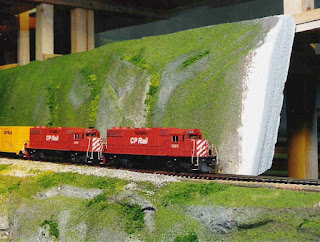 Unlike many, I don’t use anything else for landscaping—no plaster or goop. I just paint it brown or grey and sprinkle on ground foam. It works for me!

One unique scenery technique that I haven’t seen on other layouts is using tree bark for rocks. This technique was featured in Model Railroader in 2014. 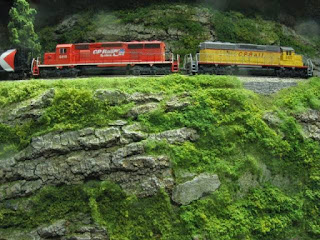 Motive power is constantly being upgraded, but I still have a number of Athearn blue box units to go along with power from Kato, Atlas and Proto 2000. (And soon some SD40-2s from Bowser!)

Rolling stock is also all over the map, with cars from Athearn, Roundhouse/MDC, Accurail, Walthers, TLT—and Tyco, Lionel and other “toy” trains that I have upgraded and improved.

Trees are mostly made from natural weeds and plants like Sedum, Spirea and Yarrow. Ballast is a mix of grey, brown and cinders to match the type of ballast used by the prototype in this area. 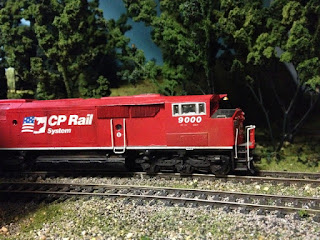 The layout has been featured twice in Railroad Model Craftsman, once in Model Railroader, and in Canadian Railway Modeller.

In addition to this blog, I have a YouTube channel with layout and prototype videos. Videos on that channel have been viewed 353,189 times.

Over the past 21 years, the M & M Sub. has given me many hours of enjoyment—both in the layout room, and also through this blog. 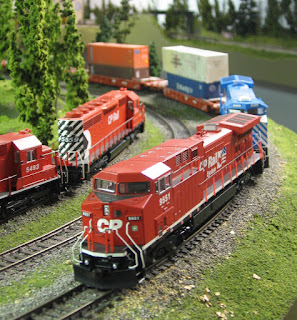 In fact, the blog has turned out to be an extension of the hobby for me, giving me a fun and creative outlet.

Since I am by profession an editor and writer, I have also seen the blog more like a magazine than just a place for me to share my reflections and ruminations.

And one of the more enjoyable aspects of that approach has been sharing the great modelling of others through my Great Canadian Layouts series, and also writing about the prototype. 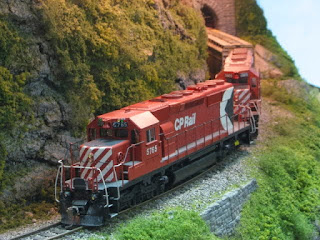 Anyway, 1 million views is quite a milestone. I don’t know if the blog will be around for 2 million views, but so far it’s been a good experience. Thanks for visiting! 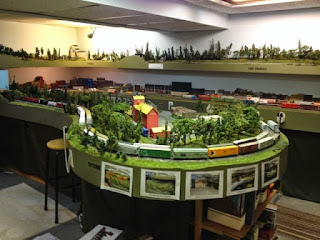 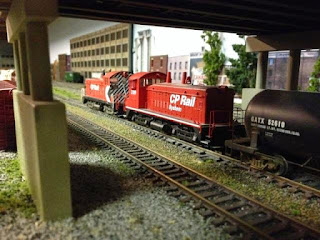 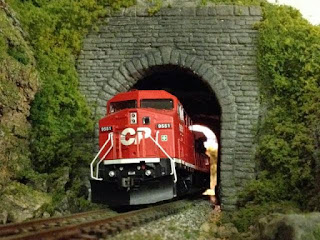 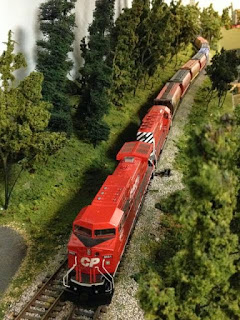