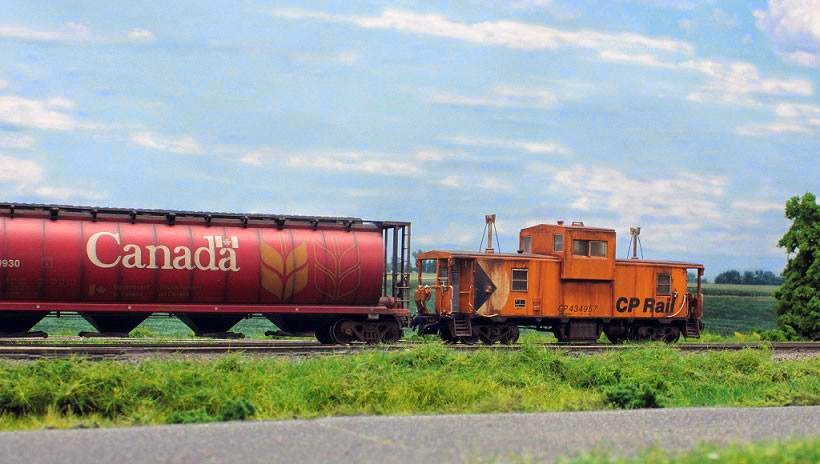 One of the layouts I have been privileged to feature on this blog in my Great Canadian Model Railroads series is Sylvain Duclos' Bonaventure et Chambly.

Sylvain is one of the those modellers who make you wish you could be that good; he gives you something to aspire to.

Like in the photo above, shared by Jason Shron of Rapido Trains. (It does feature one of Jason's vans, after all!)

As one person wrote on Facebook after seeing the photo, it was hard not to think at first glance that is wasn't real: "Not a scale buster in sight."
Posted by JDL56 at 6:27 AM