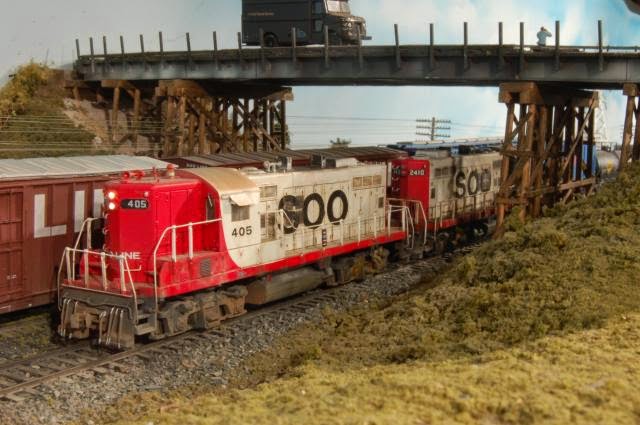 One of the things I've enjoyed most about this blog is featuring the great layouts of others—especially great Canadian model railroads.  I have especially been glad to feature layouts that are now gone, or that don't have much of a presence on the Web.

Among the layouts I've been wanting to add is Bob Rivard’s SOO Line. 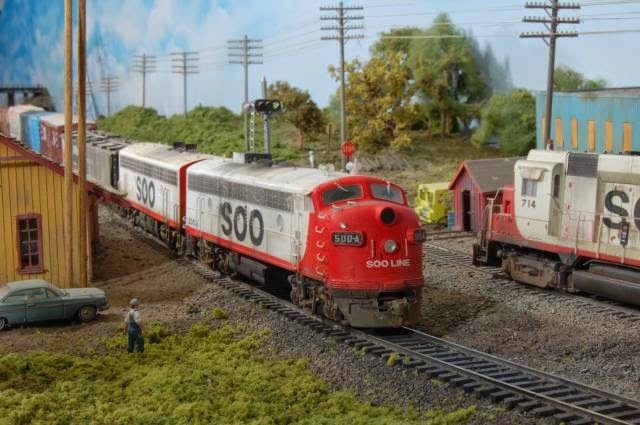 During the time Bob models—the mid to late 1970s—the SOO Line was mostly American, although the CPR had a controlling interest. (CP Rail took full control in 1990, about the time I model.) That makes it almost Canadian--good enough for me! 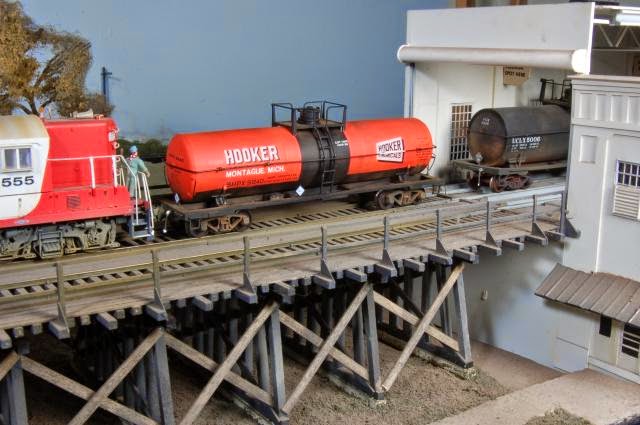 What makes Bob's layout great is how he has recreated specific scenes on the SOO Line in and around Minneapolis and St. Paul, MN in the mid-to-late 1970s, using only the locomotives and rolling stock that would have appeared at that time and place. 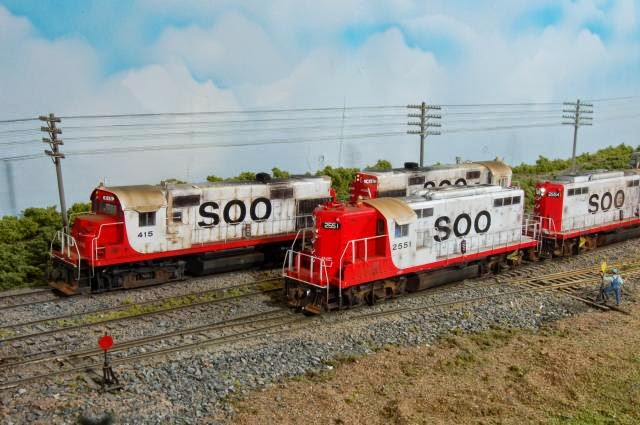 Bob sent me some of his favorite photos of his layout; find them above in this post. Below are two other photos Bob posted on the new SOO Line Models in Action Facebook page, a page for modellers of the SOO Line who want to post photos of their models in action, in any scale.

In addition to the photos on this page, you can see videos of Bob’s SOO Line layout here and here. 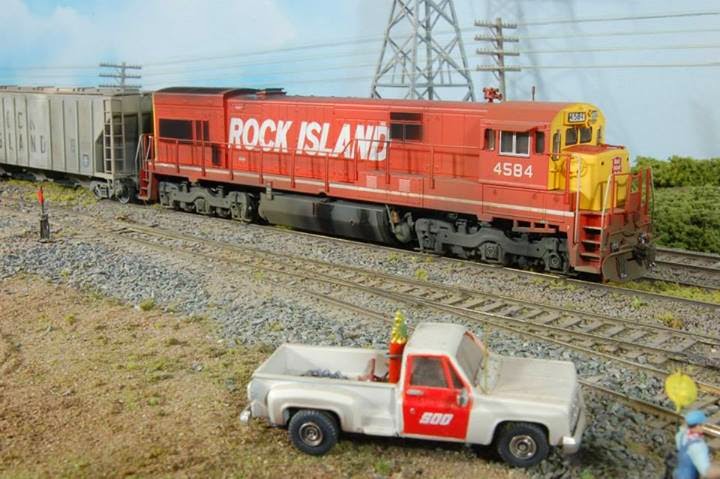 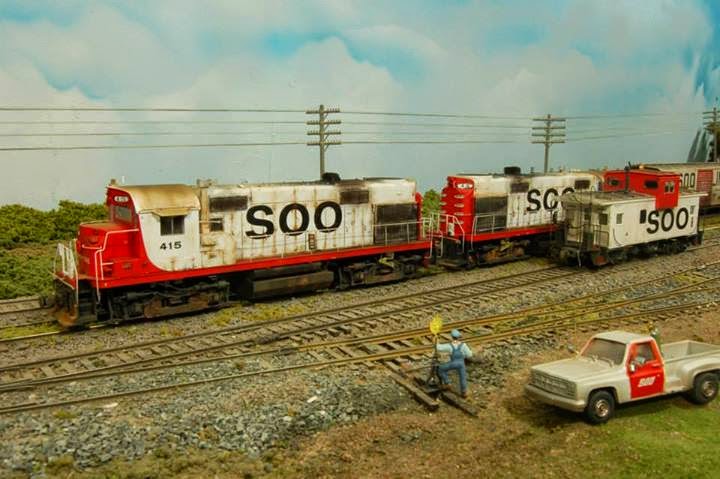