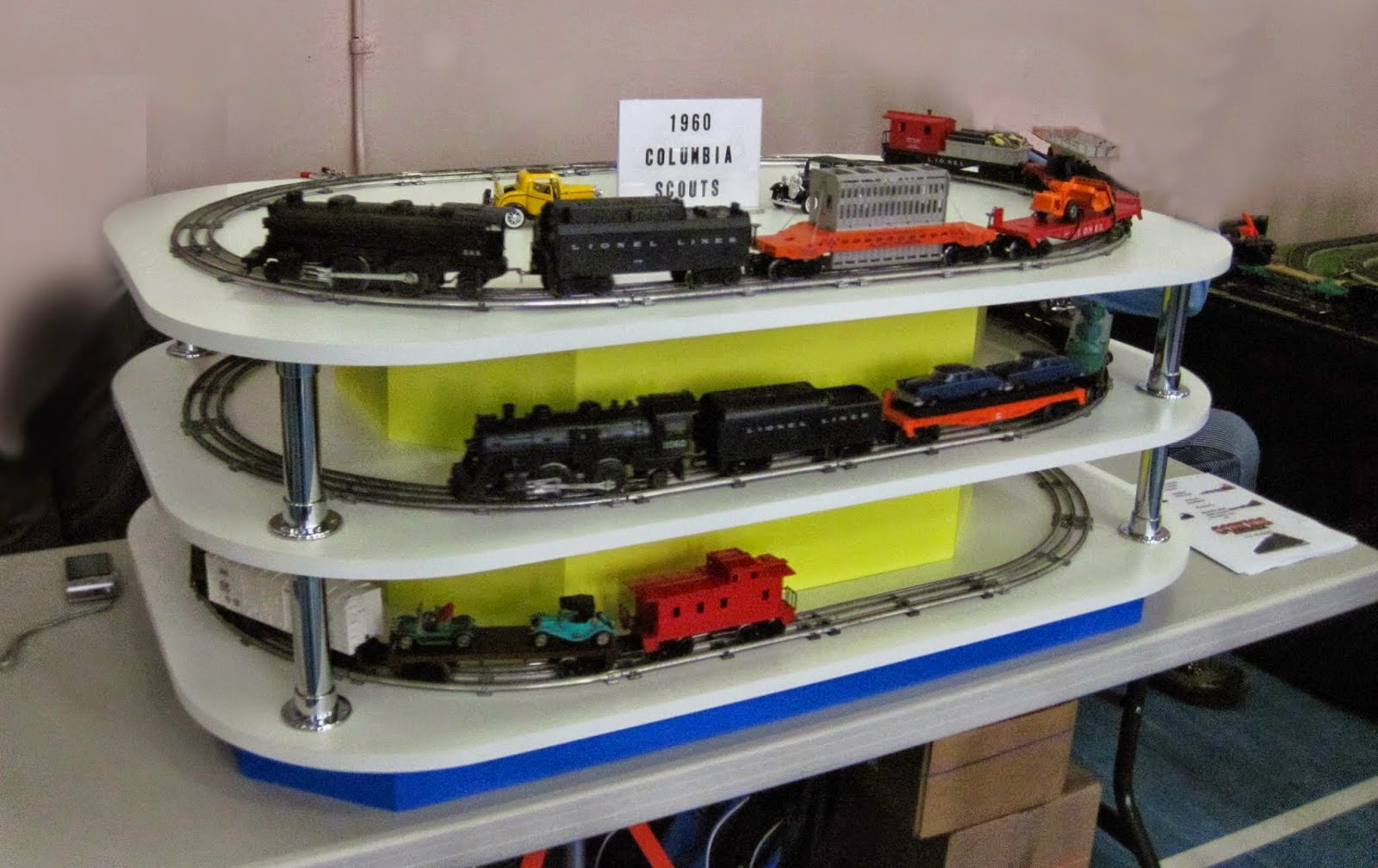 The three loops take up space no larger than a typical banquet table. As WMRC blog editor Paul Ullrich notes, “the finished result resembled a wedding cake with trains.”

This being wedding season and all, Paul's comment made me wonder: Are there any real wedding cake and train combinations out there?

A quick search turned up a few photos. The best and most elaborate was the N scale figure eight layout and cake. 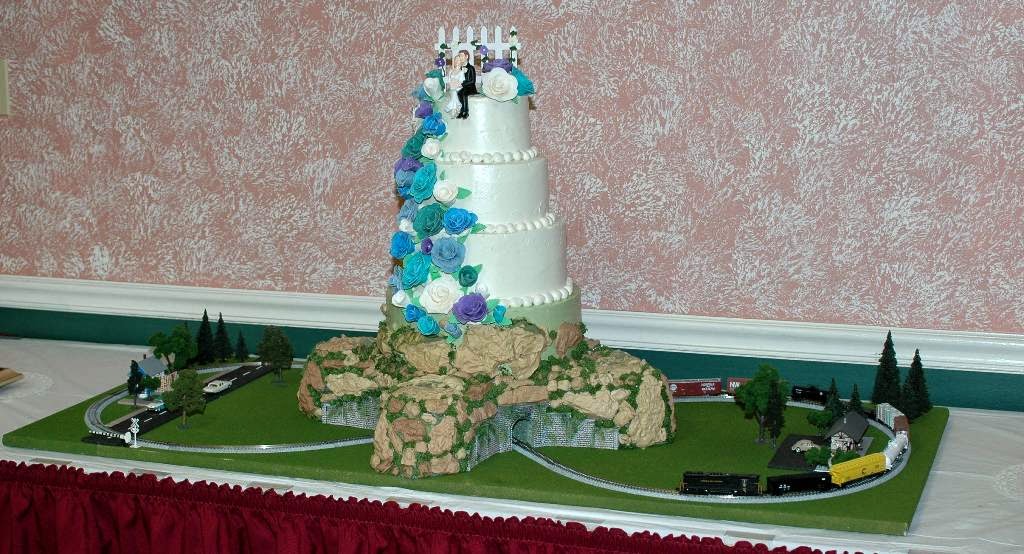 According to the creator (someone named Andy on the old Atlas forum, who was also the groom), the cake’s base is Styrofoam, with Woodland Scenics tunnel portals and retaining walls.

The "rocks" are chocolate made from Woodland Scenics rubber rock molds.

Although the base is made of Styrofoam, all of the rounded portion is cake—and edible.

Andy said that the cake was actually the bride’s idea. Which prompted other posters to wonder: Does she have a sister? (Yes, but she's already married.)

A couple of other wedding cake and model railroad combinations are below. 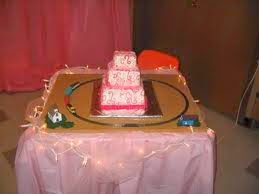 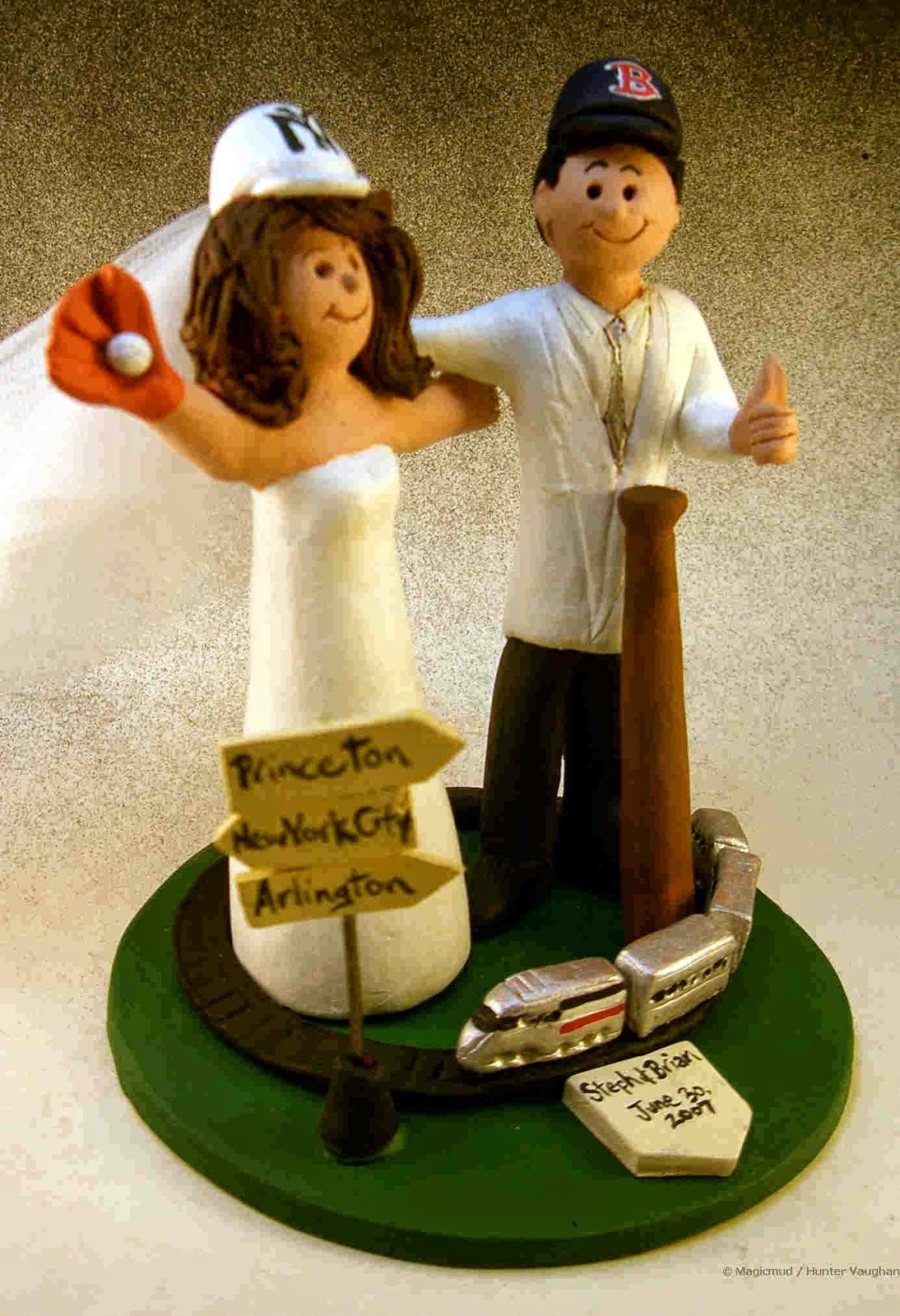