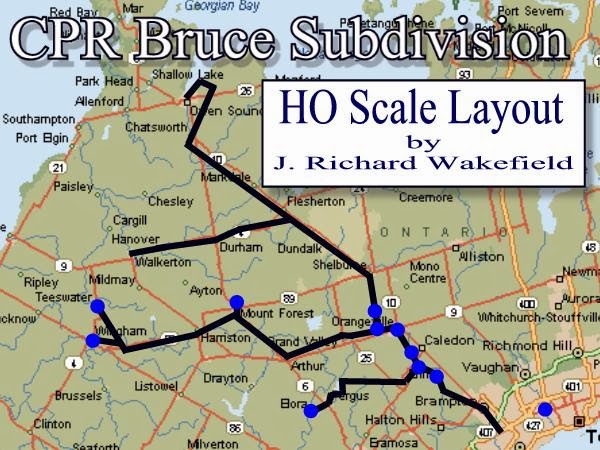 Richard started the CPR Bruce Subdivision in 2000, when he moved into a new home. Since he had always been interested in the CPR branchlines in the Bruce County area of Southwestern Ontario, he chose to model that area. And since he was also interested in preserving the area's railroad history (now mostly gone), he decided to model it as it was in 1945-47.

Plus, as he notes, “the trackage in many of the towns is more bizarre than one could come up with freelance.” 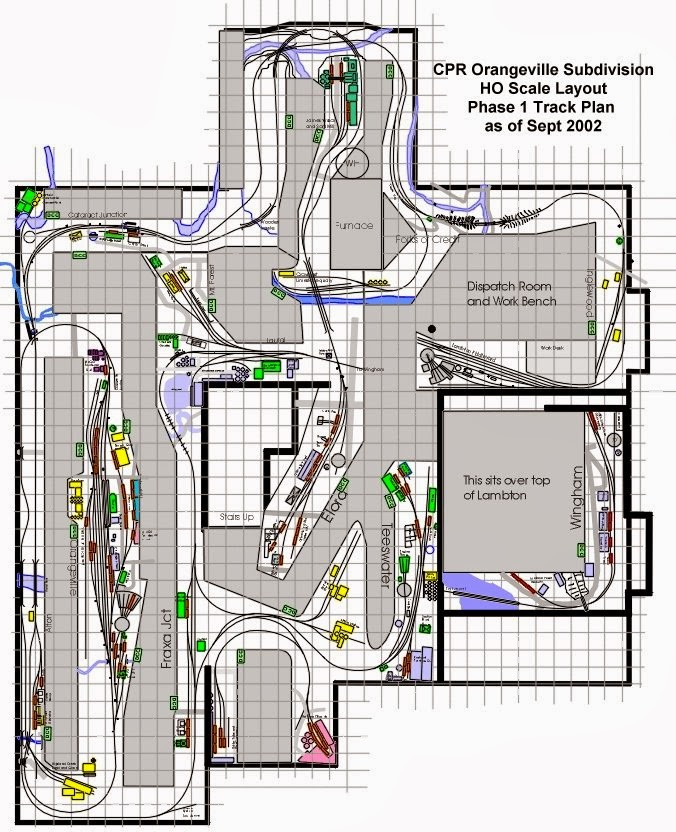 His goal was to get as much of the area into a 36 by 34 foot space as possible, and as close to scale as possible. His efforts were helped by a 1947 CPR listing of towns, structures and industries that not only lists the industries on the line at that time, but also the commodities that were shipped.

Richard planned to build the layout in three phases. He was partway along that path, including the creation of some scenery, when life intervened. He moved to a new and smaller house in 2005. Since that time, the layout has been in storage. He hopes to rebuild it “one day.” 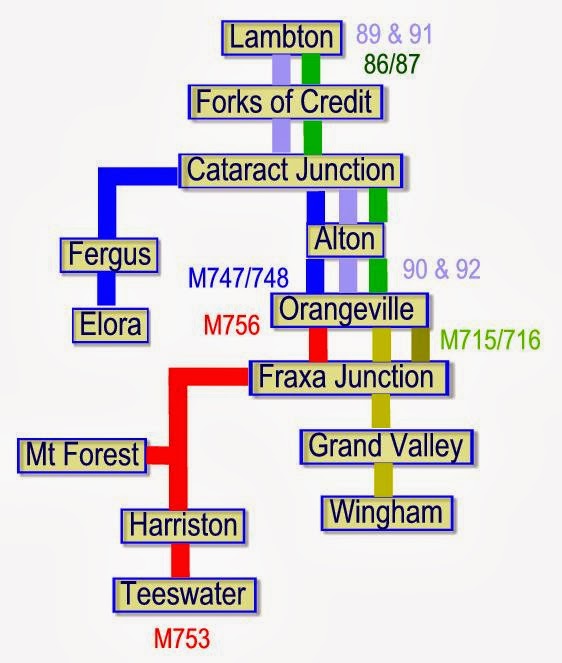 The latter two are of special interest to anyone who models the 1940s or early 1950s; even if you don’t model that part of Canada, it will give you valuable information about the kinds of industries that existed during that time, along with the kinds of things they shipped by rail.

The CPR Bruce Subdivision may not exist any more (not in one piece, at least), but you can read about it, how it was to be operated, and about Richard’s vision for it, on his website. 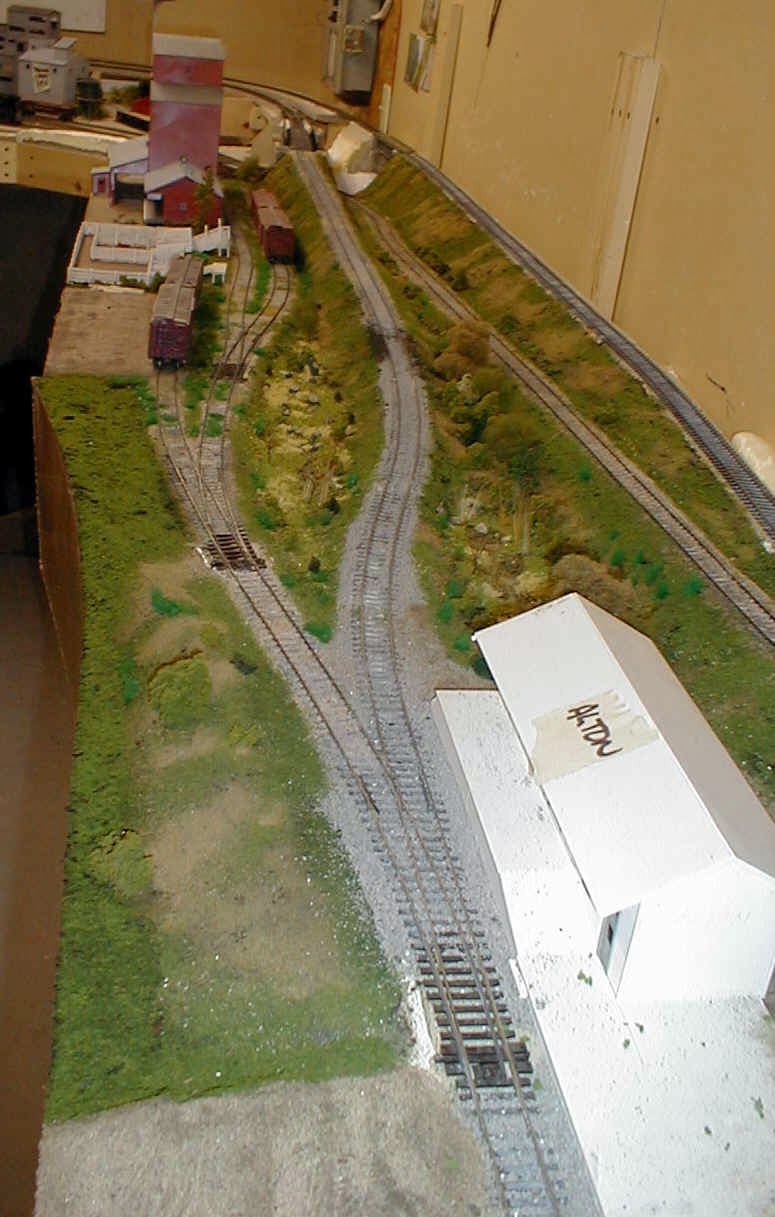