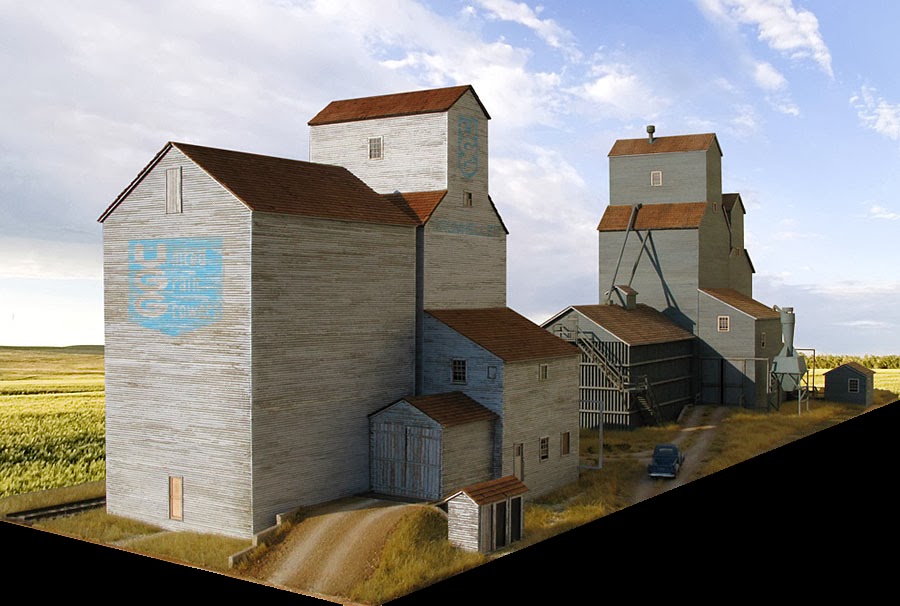 Phillipe, who lives in France, started the diorama in 2008 and finished it in 2011. He based it on photos sent to him by a Canadian friend. 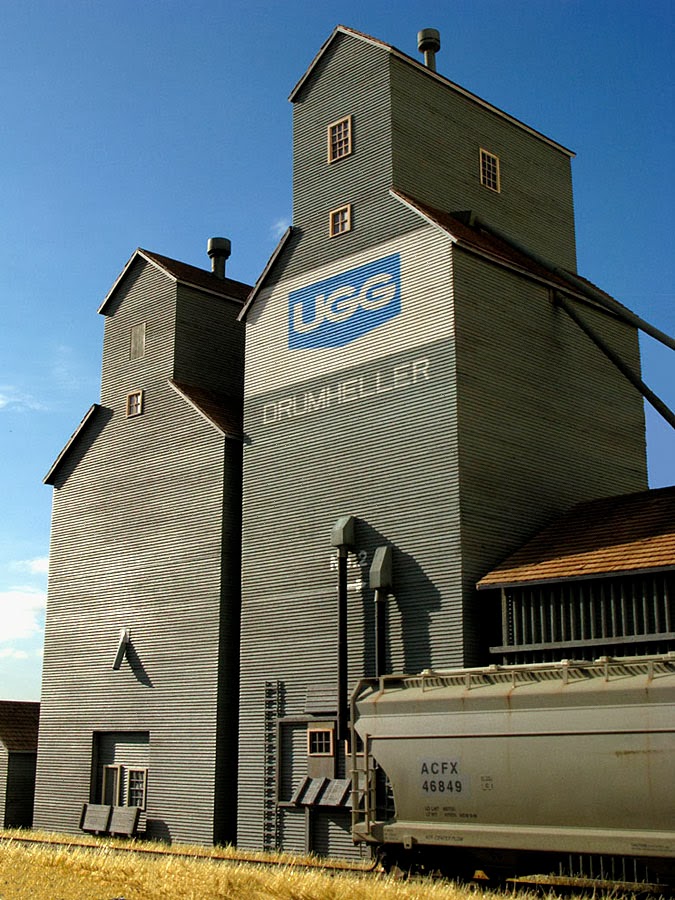 Drumheller is located about 100 kilometres (60 miles) east of Calgary. It once had three elevators. The United Grain Growers elevator was demolished in 2001. The other elevator in the diorama was not found on the prototype. 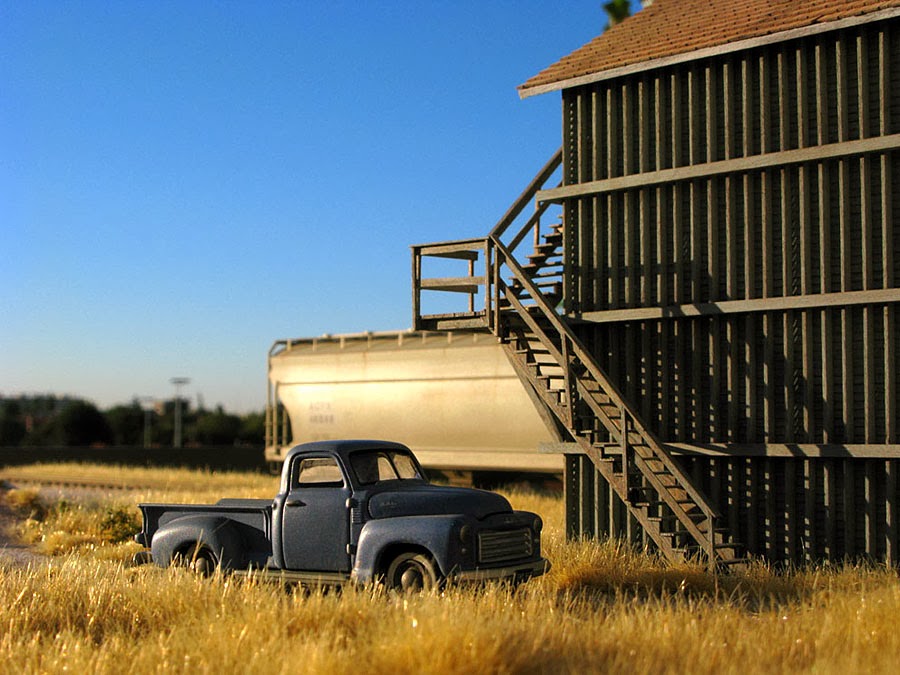 Philippe made the elevators out of 1/16" basswood clapboard, laminated over a core made of MDF. The other wooden elements were made from scale lumber. The roof was made using very wood shingles. 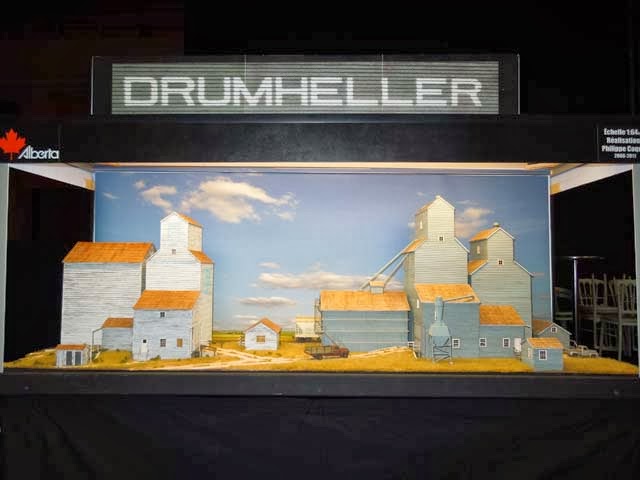 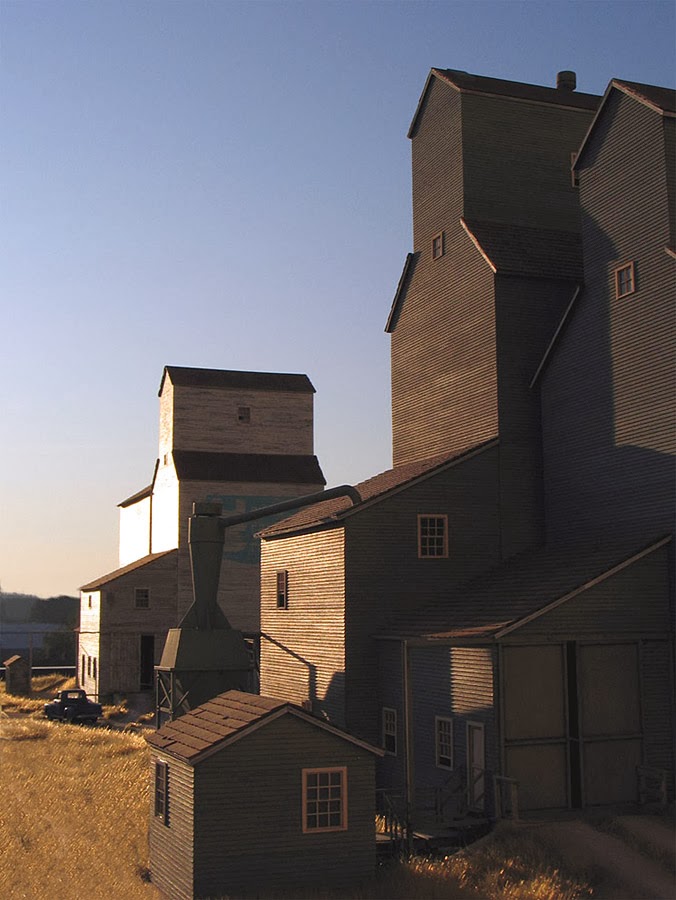