Stop, Look and “Listen” to the Model Railway Show, Part 2 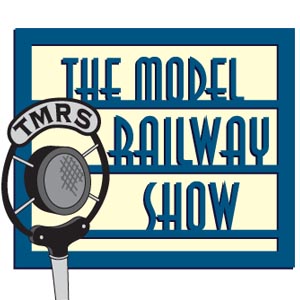 
In early April I sent Trevor and Jim a few questions about the show; in part 1 they shared about why they started the show, how they put it together and the response. In this installment they share about why they created a podcast and not a website, how they select their guests and where the podcast fits into the world of model railroad magazines, blogs and websites. In part 3 they describe the character of the show, and reflect on the future of the hobby.


At first thought, a radio show about model railroading seems counter-intuitive - you can't see the trains. Why did you select radio/podcasting as a medium and not a website?


JIM: As commercial radio veterans we knew the limitations and the opportunities of a web-based radio show. Laughably, some podcasts HAVE tried to show how to do things in a spoken word format.


TREVOR: A local radio station's morning show used to run a joke gardening segment in which the host would ask the professional gardener a question like "When should I trim my hedge?" And the gardener would say, "Well, I'd trim it when the branches are about so long." Presumably the gardener was holding his hands to show how long "so long" is, and the gag was that the audience couldn't see the gardener's hands.


JIM: From the start, this was never going to be a “how to” show. It would be a show of ideas and inspiration - a show that, in our words, would highlight the achievements of the “thinkers and doers” in the hobby. We usually keep our interviews focused on one idea or theme and explore that.


And don’t forget, because our show lives in a website, we CAN provide links showing our listeners how to do things. We post an episode guide on our website (www.themodelrailwayshow.com) and encourage our listeners to explore the links BEFORE listening to the show so that they are better informed about what they are hearing. That allows us to explore the personality of our guests without having to cram in every last bit of information. We think less is more.


TREVOR: One of the strengths of the podcasting format is that a conversation is a great way to explore an idea or share a story that would otherwise not be told.


For example, we've talked to editors about why they love the magazine they oversee. We've talked to teachers about how to get more younger people into the hobby,  as well as to others who argue it's more important to focus on recruiting people in their 30s and 40s. We've talked to RPM organizers about why they find modeling a specific prototype so rewarding. And we've asked those who have already organized a convention or started a Special Interest Group for advice to help other hobbyists do the same.


As an example of the limitations of podcasting, we always imagine our listener is driving. So as soon as a topic would require drawing on a piece of paper to explain, we know it’s not for our show.


How do you select your guests and topics?


JIM: That’s the easy part. The hobby is so huge and the topics are limitless. We look for people who have elevated themselves in the hobby.


Some interviews are linked to an event, an anniversary, or a significant new product release. Some commemorate the pioneers. Some celebrate those who give to the hobby through mentoring or volunteering. Some of our guests are quite rightfully artists. Others such as publishers help us crystal ball the future.


TREVOR: We've been fortunate that so many people who are household names—at least in —have come on the show. I regret that podcasting came too late to interview people like the late, great layout designer John Armstrong: I saw him speak once and he could've read out a grocery list and kept an audience spellbound.


Other ideas for guests come to us from magazine articles, books, conversations at train shows, websites or newsgroups, and so on. Jim met some interesting people during a trip to we've found some neat sites by modelers in the , who have made for great guests.


JIM: Trevor and I keep an active file of potential interviews. If we had the energy, we could do a show a week.


TREVOR: We're also keen to help promote the NMRA and its various SIGs. The Special Interest Groups are fun because we know some of our listeners are NMRA members, but many may never even have heard of a SIG. A 10-minute interview with a SIG official can give listeners enough information to decide they want to visit a web site or talk to someone from the SIG at a convention. That listener might benefit from membership - but they can't become a member unless they know the SIG exists. By the same token, we like to promote prototype modelers meets because we think they're a great boon to the hobby.


For topics, we keep in mind the limitations of an audio only format. So we look for interesting stories that can be told in word pictures.


We've done a lot of profiles—talking to well-known people about their relationship to the hobby. We've talked about issues facing model railroading—such as recruiting younger people and women into a hobby often characterized as an old man's pursuit, and how to enjoy the hobby when today's economy often dictates smaller living spaces and more mobile lifestyles that seem at odds with the traditional dream of building a basement-sized empire.


We've also done interviews on topics that are often considered "visual" in nature - such as operations and layout presentation. The key here is to look for an angle that plays to the strengths of a 10 minute conversation. For example, Lance Mindheim has written books about designing, building and operating modern era switching layouts. Instead of talking about construction techniques, we talked about why he finds such operations so appealing as a modeling subject. In a similar vein, Gazette columnist Boone Morrison joined us to talk about how his training as an architect and photographer has influenced his thoughts on lighting and other layout presentation issues.


We're also not afraid to have guests who are ready to challenge conventional ideas about the hobby, or to present topics that we're not seeing addressed elsewhere. We want our listeners to go away with something thought-provoking out of each interview we do.


Where does the Model Railway Show fit in the list of magazines, blogs, websites and DVDs about model railroading?


TREVOR: The Model Railway Show doesn't compete against any of these other media, which do a fine job of presenting finished layouts and models, as well as how-to features. Rather, we support these other media by bringing listeners the stories behind the stories.


For example, we've spoken to Tony Koester about how and why the Model Railroad Planning annual got started. We interviewed Allen Keller about changes in the production of layout videos over the years. We talked with Joe Fugate about why he started the Model Railroad Hobbyist e-zine and his thoughts on the future of digital publishing. And we chatted with Byron Henderson about his plans to return the Layout Design SIG's magazine to a quarterly publication schedule (something he's done a great job on, by the way).


JIM: One thing that does strike me is the interconnectivity of it all—the cross-promotion that is possible between traditional print and the web, the way that blogs, websites and podcasts can shout-out to each other.


Click here to listen to the Model Railway Show.
Posted by JDL56 at 5:58 PM