Great, and soon to be late, Canadian Model Railroad: The Aberfoyle Junction 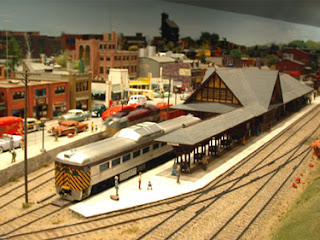 I had hoped to get to Ontario one of these days to once again visit the magnificent O scale Aberfoyle Junction. But that might not happen; the layout, located near , is slated to be dismantled in May. 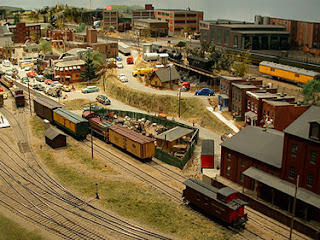 The Aberfoyle Junction dates back to 1982, when the late Frank Dubery teamed up with Chuck and Gwen Bard and Craig Webb to create the 38 by 83 foot layout. (A different and smaller version existed in another location for ten years prior to that date.)


Filling a 1,500 square foot building, the layout depicts the CNR and the CPR in southern Ontario in the late 1950s, with both railways running on their own rights of way. 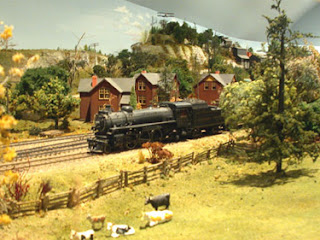 Trains run through a variety of scenes—a city, countryside, fields, rivers, towns, and part of the Niagara Escarpment. During viewings, the lighting dims; as the room darkens, hundreds of tiny bulbs light the streets and buildings. 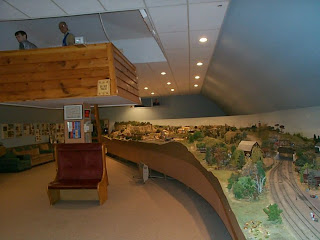 Unlike most layouts today, which feature walk-around control, the Aberfoyle Junction is controlled by an elevated tower located in the centre of the room.

But it’s all going to be gone soon—to make way for progress. A subdivision is slated to be built on the land the club occupies. The last shows will be May 5, 6, 12 and 13. 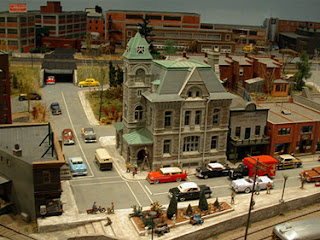 The plan is to move the layout to the nearby town of , although exactly where it will be located in the tourist town isn’t confirmed yet. The new name will be the Jacobs and Aberfoyle Junction Model Railway. 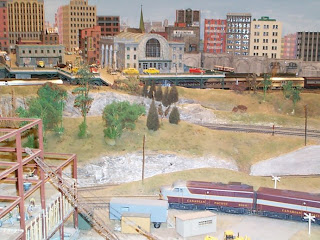 Since I haven't had a chance to get my own photos, I’ve grabbed some off the web; if I get to one of the last showings to take some pictures, I'll post them later. In the meantime, enjoy these photos and, if you have always planned to visit the Aberfoyle Junction, better hurry up! 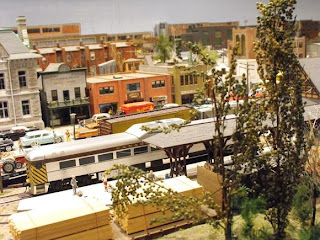 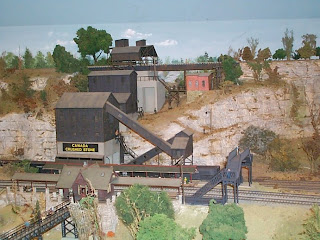 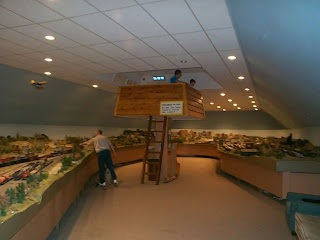