A Railway, A Man and a Titanic Ambition 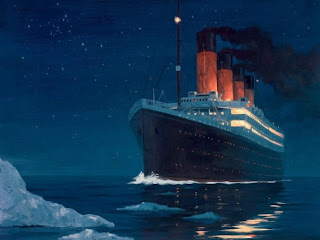 April 14 is the 100th anniversary of the sinking of the Titanic. Almost everyone is looking for some kind of connection. I have one of my own (more on that later). But Canada’s railways also have a connection to the disaster.

The Canadian railway connection revolves around Charles Melville Hays, General Manager of the Grand Trunk Railway and its Canadian subsidiary, the Grand Trunk Pacific. He died when the Titanic went down. 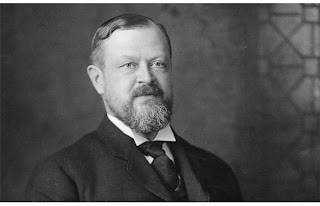 Hays was largely responsible for the creation of Canada’s second transcontinental mainline, now owned by CN. But unlike the legendary William Cornelius Van Horne, who directed the construction of the first Canadian transcontinental line, the CPR, Hays is pretty much forgotten by Canadians. This is partly due to his early death, at 56, along with the 1919 bankruptcy of the GTP.

The GTR was doing poorly in 1896, the year Hays was hired as General Manager. By 1902 he had turned the railway’s fortunes around. That same year, Hays began making the case for a new Canadian transcontinental line.

Construction on the line between Winnipeg and the West Coast began in 1905; the plan was for the GTP to link up with the government-owned National Transcontinental Railway, which was being built between Moncton and Winnipeg. This would create a second transcontinental line to compete with the CPR. 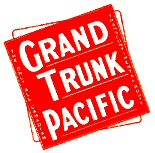 The line received the go-ahead from the Canadian government, along with government loans. By 1912, however, it was in financial trouble; the cost of construction was increasing, due partly to Hays’ insistence on "building to the very highest standards.” Meanwhile rivals CPR and the Canadian Northern took away most of the traffic in the west, starving the GTP for business. The railway needed more money.


In fact, it was the railway’s need for money that found Hays on the Titanic at all; he had gone to England to meet investors and to persuade them to continue funding the railway.

Since Hays had business dealings with the White Star Line, he was invited to return home as a guest on the Titanic, together with his wife and daughter. His wife and daughter survived the sinking; his body was discovered on April 26 in the North Atlantic. He was buried on May 8 in Montreal. That same day all GTR trains were stopped for five minutes in his memory. 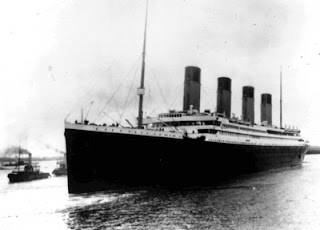 (Interesting note: One hour before the disaster, Hays told two others on the Titanic that he worried that the White Star Line and its competitors were “playing fast and loose with larger and larger ships” and that their race for speed “will end in tragedy.” Twenty minutes later, Titanic struck the iceberg. The story was recounted by Colonel Archibald Gracie, who survived the sinking.)

Two years later, the GTP opened to traffic. But a lack of business on the line, combined with World War I and subsequent lack of immigration, dealt the railway a severe blow. It went bankrupt in 1919, and was absorbed, together with the Canadian Northern, into what would become Canadian National Railways.

It’s impossible to know what would have happened had Hays not died on the Titanic. Could he have overcome the challenges besetting the GTP? He was considered a force in business and, had he lived, he might have turned the railway around. If he had, there might be no CN today.

As it is, Hays left behind a line that is still used today by CN, along with one of the best deepwater ports on the west coast, Prince Rupert. It never grew as Hays hoped it would but today, as the closest North American port to Asia, it has become increasingly important to CN. It handles growing volumes of coal and intermodal traffic.

As for my connection to the Titanic, in 1911 my grandfather immigrated to Canada from England After securing employment, he returned to England to marry his fiancé. He must have been a bit of a romantic; he wanted to make the voyage back to North America memorable. And what would be better than travelling on the maiden voyage of the Titanic? Alas, he couldn’t get a ticket (in steerage). They took the Megantic, arriving in Canada two months later.

Family lore has it that my grandmother, having cheated death at sea once, swore to never set foot on another ship again.

For more information about Charles Melville Hays and his impact on Canada, check out this story in the Vancouver Sun.