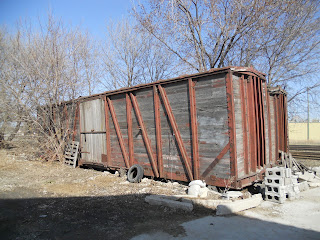 I’ve passed these two old boxcars hundreds of times, on my way to one place or another. I often thought: “I should take a picture.” But I never did—until now.
So on the weekend I stopped to photograph the two derelicts, sitting on the property of the Central Grain Company (alongside the CPR Emerson Sub.). 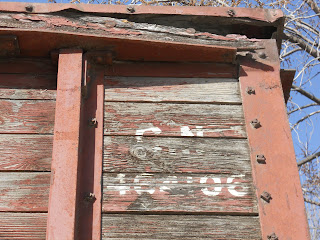 Most of the lettering is long-faded, but the number of one car can still be made out: CN 464106. It’s a Type A Series 1 outside braced boxcar, built in 1923. The lettering on the other car is completely gone. Soon, perhaps, the cars themselves will disappear. 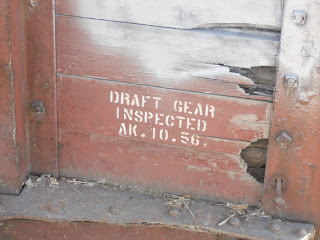 How long have they been there? Lettering on CN 464106 indicates that the draft gear was inspected in October, 1956. Presumably, it was still on the rails and earning its keep at that time. 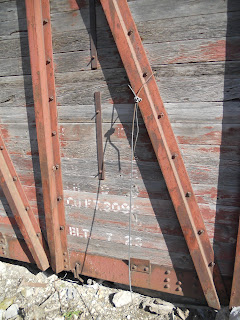 Today the two cars are derelicts—too much trouble for the company to even bother tearing down. But for the railfan, they are reminders of another time, when grain rode the rails in boxcars. 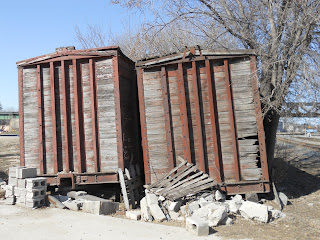