At Goshen College, No More Using Trains as an Excuse for Being Late for Class

In 2010 I wrote about how students at Goshen, Ind. College could use a unique excuse for being late for class: They were held up by a train.

The College, which dates back to 1903, is bisected by the Norfolk Southern Marion Branch, a busy mainline that sees between 8-10 trains a day. The tracks have defined and shaped the school since that time. 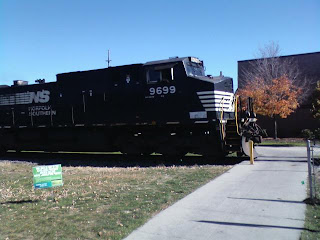 But soon students won’t be able to employ that excuse; the school is building a tunnel underneath the line. The tunnel will also address what has become a serious safety concern as students race across the tracks to beat the train—or worse, as they jump between cars on trains stopped on the tracks.

Norfolk Southern, which owns the line, will shut down traffic for only 24 hours on July 4 to allow for the construction of the tunnel. The construction company will be fined $5,000 for every hour beyond that amount of time. 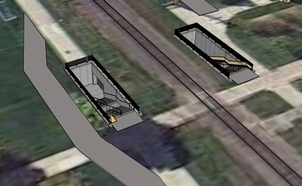 As for the students, well, some may mourn the loss of a great reason for being late for class. 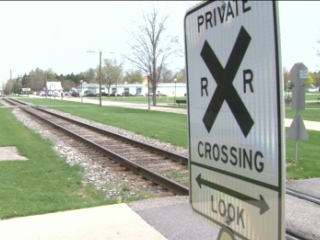 Click here to learn more about the tunnel and take a virtual tour.

Click here to see photos from the University of North Dakota, which has a BNSF line running through campus—but which wisely built a bridge over the line.
Posted by JDL56 at 6:15 PM