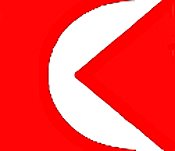 Last year I wrote a post about the CN “wet noodle,” on the occasion of its fiftieth anniversary. Since I model CP Rail, it only seems right to post something about that railway’s unique logo—the Multimark.
The Multimark was introduced in 1968. It was made up of a triangle to suggest motion or direction; a circle to suggest global activities (the CPR also owned an airline and ships); and a square to suggest stability.


The first Multimark on locomotives is known as the large Multimark; it covered the back of the units from the walkway to roof.

Later, it was shrunk to fit from the walkway to the bottom of the grill. This is known as the small Multimark.


There doesn’t appear to have been an official date or time when the Multimark era ended; it just sort of faded away. The first unit not to be painted with a Multimark reportedly was GP7 1684 in 1987.
The Multimark logo was applied to everything from teacups to airplanes to ships to boxcars—the CPR at the time was more than a railway, owning ships, hotels, an airline and a trucking line.

Each operating division had its own colour. 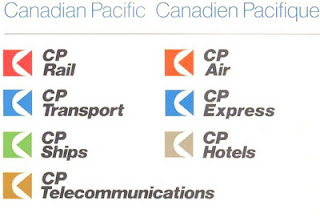 Here's how it looked on a ship: 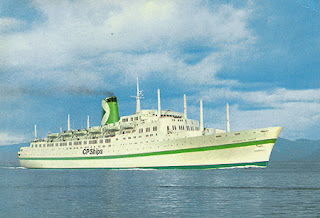 And here's how it looked on an airplane: 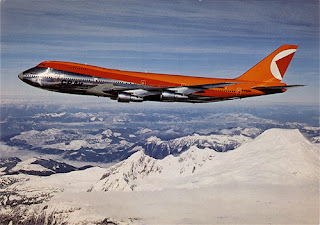 In addition to the Multimark, CP Rail also colour-coded its freight car fleet. Green was for newsprint service boxcars; yellow for refrigerator cars, insulated boxcars and vans (cabooses); red was for general service boxcars, gondolas and flatcars; black was for open and covered hoppers; and silver for mechanical reefers.

The photo below show the railway's publicity train during its cross-Canada tour. (Split apart at the Spiral Tunnels for photo purposes.) 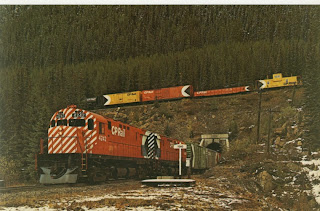 The Multimark was also known by railfans as Pacman for its resemblance to the early video game symbol. 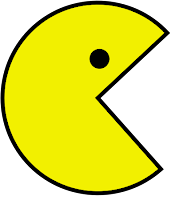 The railway released a booklet to illustrate how its logo and colour scheme would look on rolling stock. Here are a few pages:

Since I model the early 1990s, the Manitoba & Minnesota Sub. has a number of Multimark units (both large and small), no Multimark and CP Rail System (two flags) units, plus SOO Line, rent-a-wrecks and lots of rolling stock with the Multimark in various freight car colours.

It’s another reason why I like modeling this time period. 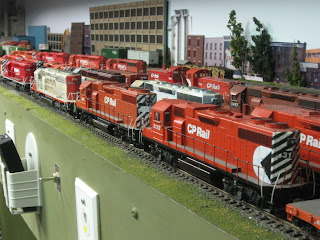