Trains and Mountains: Old Alco on Display in Cranbrook, B.C. 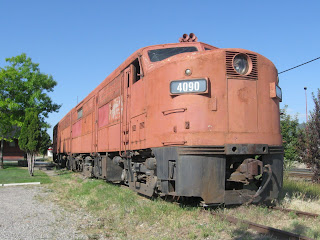 The two locomotives were built in 1953, and started work in B.C. before being assigned back east.

According to reports, the goal is to repaint the units into their original maroon and gold (if funds can be found). Below find a photo of the 4090 during its Action Red years. (Photo by Ted Ellis from Canadian Pacific Railway Locomotive Roster and Photo Archives.) 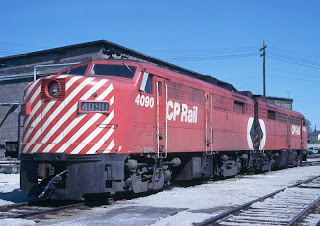 Also by the units is an old CPR enclosed water tower and the old Elko, B.C. station. Both are also owned by the Museum. 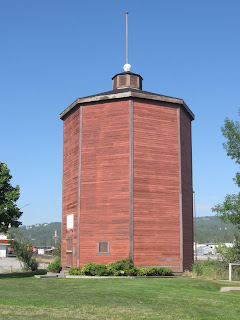