New Book About VIA Rail Published 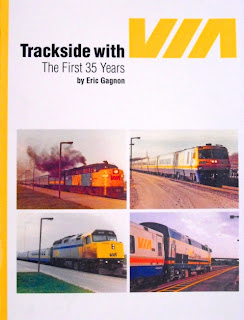 Tracksidewith VIA: The First 35 Years is Eric Gagnon's account of VIA's unique mix of trains from 1976 to 2011. Eric visited coach yards, station trainsheds, rode VIA trains and spent time trackside, noting over 2,700 of VIA's varied trains. Train consist information is presented in six chapters, with each representing a different era of VIA equipment and operations. A concise history, rosters, photos, and CN/CP to VIA paint transition data for cars, locomotives and RDC's complete the book.

Of Trackside with VIA: The First 35 Years, Jason Shron, President of Rapido Trains, says: “VIA has a little bit of everything for the railfan and historian, and thanks to people like Eric Gagnon, the memories of VIA’s unique and varied history will be preserved for future generations . . . For those who haven’t been on a VIA train during the transition era or later, this book will show you what you missed. I hope you enjoy this glimpse into VIA’s history. I know I will.”

A medical laboratory technologist who is married with two children, Eric is also an HO scale modeller, musician, avid reader and blogger, having launched his Canadian railfan blog TracksideTreasure in 2008. I interviewed Eric about his new book on June 1.


A few years ago I was contacted by Jakob Mueller, a VIAphile of the highest order, who was working on CN/CP-VIA paint transition data. He was interested in various VIA consists and car information I was posting in Yahoo groups. Unfortunately, my information consisted of an assortment of notepads, binders, and loose leaf pages I'd been amassing since I started railfanning in 1976.

The more I thought about Jakob's request, the more it made sense to me to collate my VIA data, and if I could share it with others, so much the better. 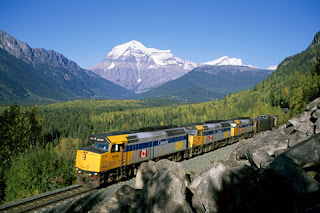 I really can't explain the compulsive note-taking, which is more prevalent in England with train-spotters hanging out on station platforms. I began noting VIA locomotive and car numbers at the young age of 12, as well as freight trains.

What are some things readers will be surprised to learn about VIA from Trackside with VIA?

I think they'll be surprised to see the variety of equipment used, and the actual trains that were passing by through the years. 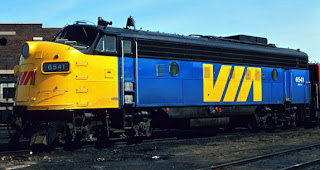 How will Trackside with VIA help people who model VIA Rail?

My book will give them a wealth of data about the trains of VIA: Consists, paint information, rosters, car types, and photographs. (For this I must credit Jakob Mueller, for contributing his paint transition data.) Dates, locations, equipment in use, and the incredible variety of VIA's trains are all in the book. The book will serve as a resource for modellers trying to build prototype consists using Rapido or other models, including the Canadian.

How will it help railfans?

Many railfans enjoy the passing trains, and photograph them, perhaps making some notes. I did that in the reverse order—I made notes, took some photographs, and then enjoyed the passing train as I accomplished the first two. Through the book, I hope to help railfans recall some of the VIA trains they saw throughout the decades, some of their numbers and the context in which these trains operated.

From classic GM and MLW motive power, through RDC's and Tempo trains, the Turbo, LRC, and Renaissance equipment—there’s something in my book for all railfans. 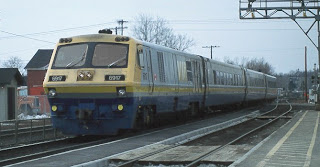 How about those who just love passenger trains—what will they find in the book?

Lovers of passenger trains will find a nice mix of prototype information, photography and a railfan's experiences with VIA. I made notes and took photographs on every VIA trip I rode. Whether they love classic heavyweight equipment, Budd's Canadian equipment (which is still in use), or VIA's updated LRC equipment, they will enjoy some of the trip accounts I've included.

How many trips have you taken on VIA, and over how many years?

I have travelled west from Kingston as far as Winnipeg, Vancouver and Prince Rupert in the 1970s and 1980s, taking notes along the way. My first western trip was in 1978 aboard a Dayniter on the Super Continental on CN's line through northern Ontario. I've also travelled in the Corridor, and continue to do so today, whenever I get the chance. My most recent trip was to Toronto in March, pulling into Union Station aboard a VIA1 car. 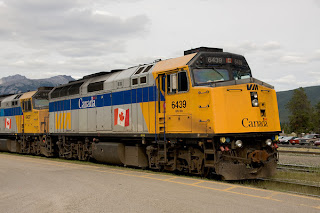 Through Trackside with VIA, I would like readers to share my experience of watching VIA grow and mature into the corporate entity it represents today. Anyone who wants to learn more about VIA's trains, and find out what equipment operated when, will want this book in their library.