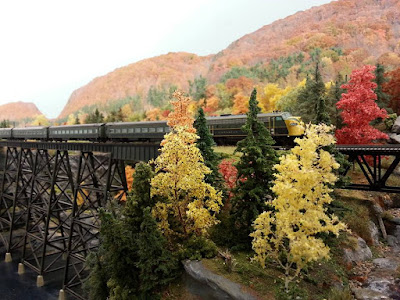 On October 4, 1957, the CNR sold its 467-kilometre line from Mont-Joli to Gaspé in Quebec to a new railway: The Matapedia Valley & Eastern.

Along with the line, it sold many locomotives, freight cars, m.o.w. equipment and structures—which explains why many of the stations along the line still sport the CNR colors.

For the residents of the Matapedia Valley, the sale was welcome news; they depended on the line to transport out forest, agriculture and seafood products, along with passenger service. 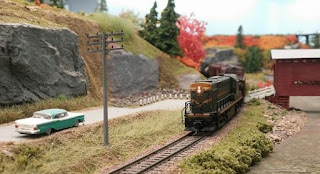 That’s the story behind Pierre Couture’s N scale layout, a transition-era branchline connecting the Matapedia Valley to the CNR and the rest of Canada.

Pierre started his first version of the Matapedia Valley & Eastern in 1999. It was set in the real location with real place names (although not in geographical order).

He was initially helped by a friend who was an experience model railroader; unfortunately, that friend died about five years later. Since then, Pierre has been working on the layout himself. 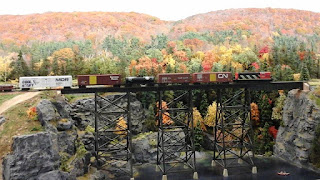 When the all the track was laid, and the scenery about 40% complete, Pierre realized he wasn’t satisfied with the layout—something many modellers experience with their first efforts.

In 2007 he tore it down and started over, keeping the original concept. Today the track work is 100% complete and 95% of the scenery is done.

The layout is in a 17 by 11 ½ foot room and runs around the walls. The layout height is 54 inches from the floor. A duck under provides access. 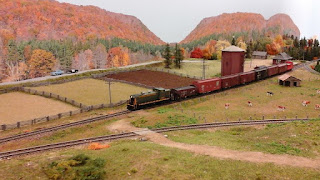 The track is code 55 (75% Micro Engineering and 25% Atlas). All of the turnouts but two are Atlas, and all are activated by Tortoise motors.

Pierre uses a Digitrax DCC system with radio control to operate the layout. He chose Digitrax because many of his friends were using that system. But, he says, “if I had to do it again I’m not certain I would make the same choice.” 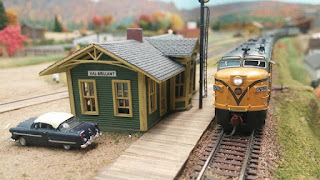 The benchwork is open frame; and the roadbed is made with Masonite spline. The yards rest on plywood. The scenery is made with plaster of paris and plaster bandages supported by cardboard or Styrofoam.

Backdrops (three of them) come from Backdrop Junction. He plans to ask them to make more custom backdrops from specific areas of the Gaspé coast. 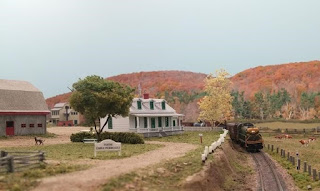 As for operations, currently Pierre just runs trains as he sees fit, dropping or picking up cars without specific instructions. He intends to prepare switch lists in the future.

Since the layout features a rural branch line, there are no big industries. The main customers are a sawmill, a fuel and heating oil depot, a beer warehouse, a dairy, a machine shop and few others. 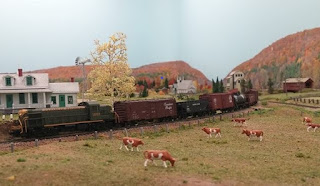 As for getting involved in the hobby, Pierre didn’t get a train as a kid to get him started. Instead, it was seeing a copy of Railroad Model Craftsman on a shelf at a news stand while on a business trip in the 1970s that did it.

There was a photo of Stafford Swain’s great Canadian shield layout on the cover; Pierre bought the issue, and that was it. 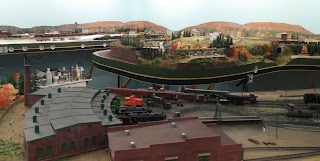 Without the ability to start a layout at that time, he decided to start scratchbuilding structures. It turned out to be a great escape from the stress of his job.

At the same time, “the hobby also allowed me to meet wonderful people, some of whom have become great friends.” 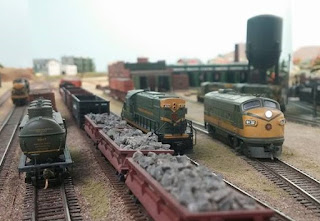 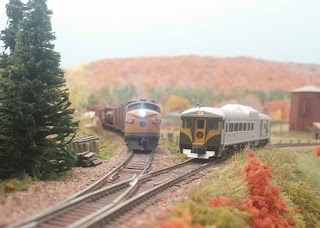 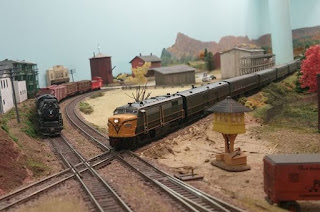