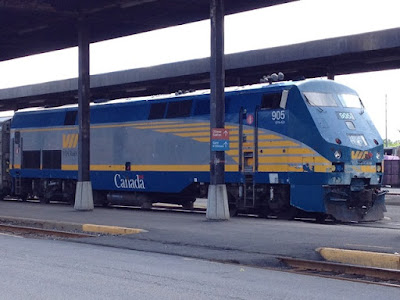 Vacation took me to Ottawa this summer. One of the places I often walked by was the old Union Station, soon to be home for the Canadian Senate while its chambers are being renovated.

Walking hear the station, I often wished I could travel back in time to see what it was like when it was the main railway hub for the city, with trains from the CNR and CPR coming and going..

The station was completed in 1912 by the Grand Trunk Railway. It served as a railway station until 1966, when the tracks were torn up.

After that time it was supposed to be a government conference centre, but it has been mostly under-used.

Today, the area is a beautiful walkway for residents and visitors alike—much cleaner and comfortable than when smoky steam engines were running back and forth.

But still, it would have been something to see back then.

Mid-way through the vacation, we took the train from Ottawa to Kitchener.

The Ottawa station is a busy place, and quite comfortable (if not as majestic as the classic old Union Station). 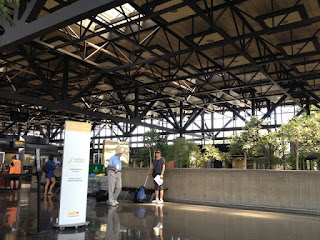 When we arrived, the train from Toronto was just arriving; it would later depart back to Toronto (with us on board). 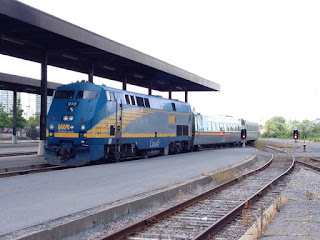 It pulled in behind a train that later headed east to Montreal. 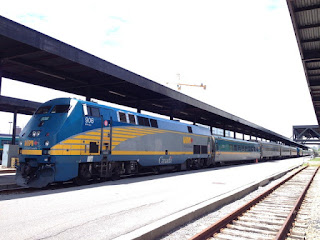 The trip to Toronto was great; in Brockville we passed a grandfather and grandson train-watching at the station.

(The little boy was much more excited that his grandfather, running back and forth along the platform.) 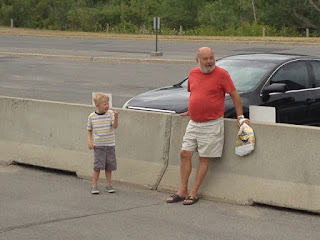 We passed a GO Transit train that had just arrived in Oshawa. 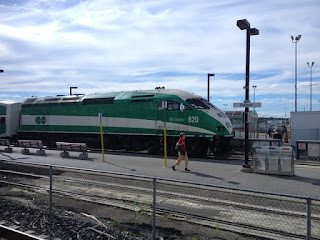 Unfortunately, due to traffic, our train arrived late in Toronto and we missed our connection to Kitchener. (Something that happened regularly, the on-board staff told us.)

VIA arranged for a shuttle to take us there, but it wasn't the same.

At the Kitchener station a couple of Goderich and Exeter units were at rest. 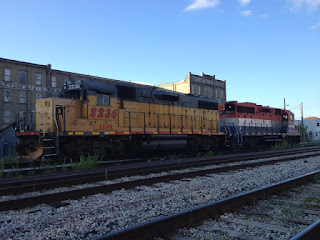 All-in-all, a great experience on the train, although VIA could provide more time between trains from Ottawa to Kitchener in anticipation of delays. 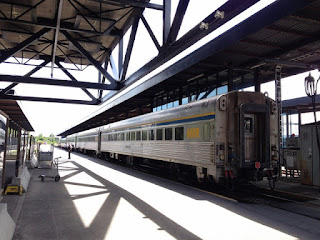 While waiting at Pearson airport for our flight home I caught the Union Express at its station. It's a great (and inexpensive) way to get to downtown Toronto. And it's a train! 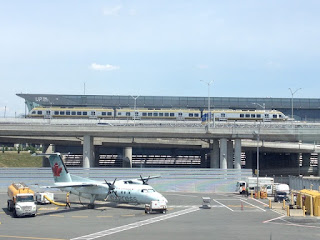 Photos on this page of the old Union Station are from the Canadian Science and Technology Museum. For more information, see the Beachburg Sub blog. 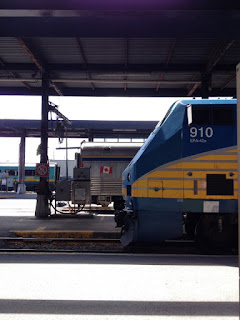