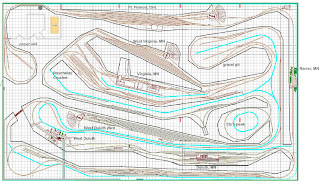 Back in 2012 I came across this amazing Duluth, Winnipeg & Pacific O scale layout being constructed by a custom layout builder by the name of Scale Art Model Services. On the company's website (now called Scale Art Parts), they note that the layout was unfinished as of 2015, although progress was still slowly being made. Finished or not, it is still a magnificent layout and undertaking. A link to more photos and info is below. Enjoy!

There’s only one word for this layout: “Wow!”

This custom made O scale two-rail layout fills a 4,000 square foot room. It is based on the Duluth, Winnipeg & Pacific. a short 167-mile line owned by Canadian National that runs from Fort Frances, Ont. to Duluth, Minn. (But nowhere near the Pacific, unless you count CN’s connection to the west coast.) 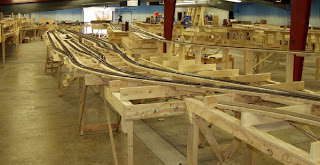 The layout, which is reportedly in Nebraska, is being built by Scale Model Services of Colorado. It is housed in a 100 by 59 foot building and features nearly 3,000 feet of track and 150 turnouts. 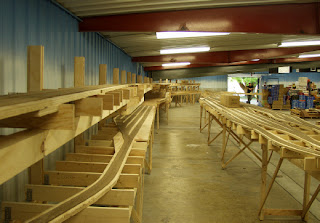 Each of the three yards on the layout can hold upwards of 150 cars, and each yard features a six-stall roundhouse. Many of the structures are unique and will be scratch-built, with depots built to Canadian National standard designs.

The layout represents the 1950s. The majority of the steam locos are re-detailed Weaver 2-8-0 Consolidations. The RS-11s are also Weaver. Construction has been going on for two-and-a-half years.

Says the builder: “This is truly a labor of love for all involved. We are building this layout as if it is in our own basement, with great attention to detail and deliberate planning and model work . . . The final railroad will be a fine example of 2 rail O scale modeling that reflects both the owners’ and my own vision.”

I have a soft spot in my heart for the DW&P, since my CP Rail Manitoba & Minnesota is inspired by it. Like this layout, the M & M Sub. runs from Winnipeg (staging) through Fort Francis to Duluth (also staging). My effort is more freelanced, however—starting with the idea that the line is owned by CP Rail—and much, much smaller.

Wouldn't it be great to see this layout in person, and operate on it? 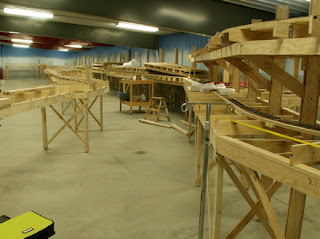 Click here to visit the CN Lines web page about the DW&P. 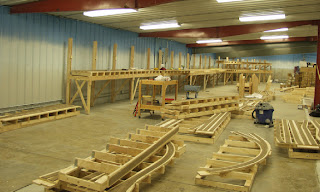