End of the Line Coming for Government of Canada "Trudeau Hoppers" 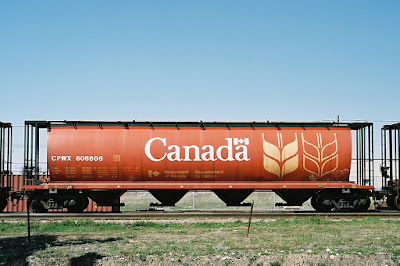 In the 1970s, Canada had a problem—an obsolete grain car fleet prevented it from winning or fulfilling international grain sales.

In response, the Canadian government, together with the provinces of Saskatchewan and Alberta and the Canadian Wheat Board, ordered 12,400 cylindrical hoppers in 1980 to move grain from Canada to port and then to market. 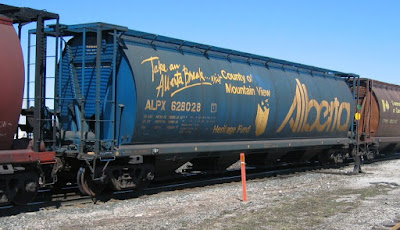 Today, 35 years later, over 8,400 of these cars—colloquially called “Trudeau hoppers,” after the name of the Prime Minister at the time they were ordered—are still in service.

That will begin to change in just over a decade.

According to the recently-released Government of Canada Hopper Car Fleet Annual Report, the fleet of government-owned grain hopper cars will shrink to half its current size in the next 11 years. The cars will be almost completely eliminated in 20 years.

This will bring an end to a colourful, conspicuous and unique aspect of Canadian railroading.

Over the past number of decades, these cars have been rolling advertisements for the country of Canada—especially the ones with the large word “Canada” on the sides—and for the provinces of Alberta and Saskatchewan. 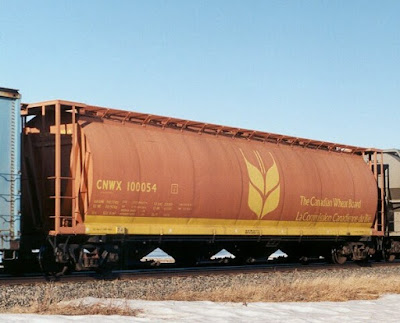 The lives of these cars were extended through an operating agreement in 2007 with CN and the CPR to refurbishing and upgrade the cars. This extended their service life the maximum of 50 years.

The government provides the cars to CN and the CPR at no cost to move prairie grain to export terminals on the west coast, and the ports of Churchill and Thunder Bay. 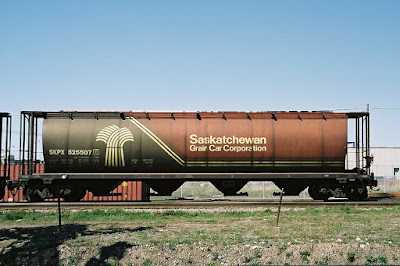 In return, the railways manage, maintain, and operate the cars on a day-to-day basis and are required to ensure sufficient car supply to meet the transportation needs of shippers.

Considering how ubiquitous these cars are, especially on the prairies, it's hard to imagine a time when they will be gone. But just like forty-foot boxcars and steam locomotives, the day is coming when people will say: "Remember when . . . ?"

Photos on this page from Canadian Freight Car Gallery.