Wheel Report for Operations on the M & M Sub.

Model Railroaders use different systems to govern operations. I use a variation of the Wheel Report system on the CP Mail M & M Sub.

I first learned about the Wheel Report idea from an article by Jim Hediger in 1984 in Model Railroader. I like it because it requires no waybills, car cards or computer-generated switch lists.

A Wheel Report basically lets the operator do whatever he wants, while maintaining a semblance of realism.

In a Wheel Report system, there is only one piece of paper for each train. It tells operators how many cars are in each train, and blocks them by destination.

The simplicity of the system lies in how it doesn't specify where cars go once they arrive at that destination. (That’s what waybills are for.)

The only rule of the Wheel Report is that the operator needs to pick up as many cars as are dropped off.

A typical Wheel Report for M & M Sub. mainline trains looks like this.

Like what happens with mainline trains, the rule is to pick up as many cars as are dropped off. Which industry each car goes to is left up to the operator.

(Common sense helps with the decision; a tank car would go to a refinery, and a hopper to a grain elevator.)

Whit Towers, of Alturas & Lone Pine model railroad fame (1917-1999), was one of the first model railroaders to operate his layout in a realistic fashion. He called the Wheel Report the “thinking man’s” car-forwarding system. I like that description.

For operational purists, this is far from perfect. In fact, it's probably down-right irritating. But for me it provides a relaxing, simple and paper-free way to operate trains in a semi-realistic manner.

Read more about the Wheel Report system on the Gateway NMRA website. Got to the chapter titled Realistic Operations Phase 5.

Learn how the Little Rock Line, an N scale layout, uses Wheel Reports for car routing, including automating them with Excel. Examples of Wheel Report lists are included. 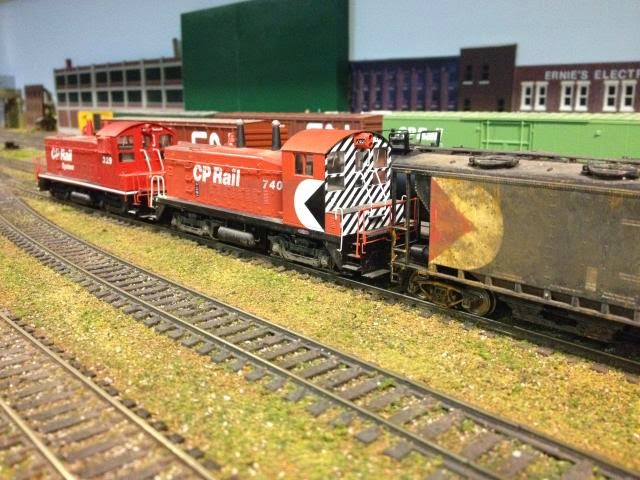