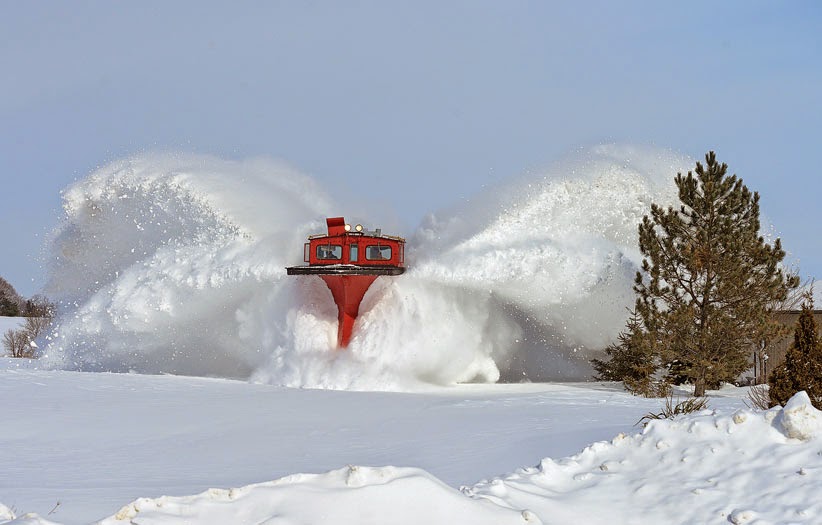 I know I said I wouldn't post any more drone videos, but this one has a snow plow--and two F units, including one in classic CNR green and gold livery.

It was shot last month on the Ontario Southland Railway. The plow extra ran from Salford, Ont. to Tilsonburg, and then on to St. Thomas.

According to the person who posted it, it is the first time the F units were paired in plow duty.

Click here to watch the video. You won't be disappointed.

And after you watch that video, don't miss this one showing a railfan buried by snow flying off that same plow.

What did he expect, standing so close to the tracks?

The person who shot the video seems to have got a face full of snow, too.