The new polymer bill, which was officially released Nov. 8 by the Bank of Canada, features a VIA Rail F40PH-2 leading The Canadian in the Rockies.

It was released at the same time as the new$5 bill, which features Canada’s contribution to space exploration through the Canadarm.

The new bills, which have a plastic-type feel, are meant to last longer and be harder to counterfeit.

While doing a bit of research for this post, I wondered if other countries also have put railways on their money. I was able to find a few.

In the 19th century, trains also appeared on banknotes in the U.S., especially in states that belonged to the Confederacy.

Sometimes railroads themselves issued currency. This was during what was called the "Free Banking Era," which lasted from 1837 to 1866. During that time an estimated 8,000 different currencies were available, issued by banks, insurance companies, railroads and many other businesses. 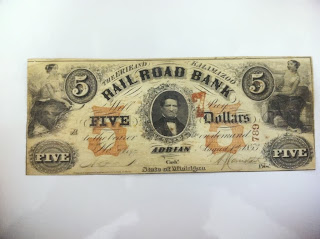 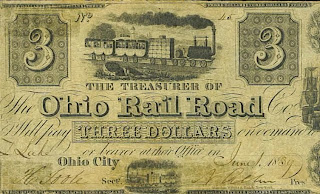 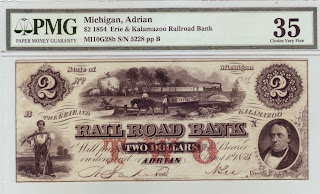 Of course, if an issuer went bankrupt, closed, left town, or otherwise went out of business, the note would be worthless.

For many more examples of U.S. railroad currency, go to the Railroad, Currency and Scrip Collection website.