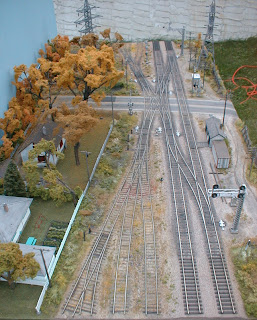 Winnipeg has a lot of great modellers, such as Dwight Kjartanson.

A number of years ago, Dwight built this module for the Renegades Model Railroad Club (now disbanded). It quickly became a highlight of the layout, due to its amazing trackwork.

The track is all Shinohara, with code 100 on the main tracks and code 70 in the yards. Dwight heavily kitbashed the double crossover-slip switch; the other switches were modified  for reliability. 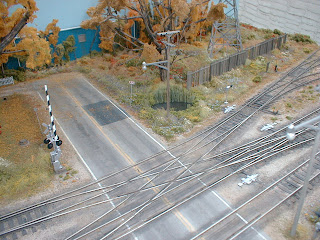 The handcar shed is a resin kit. The trees are made from a honeysuckle bush and Woodland Scenics foliage. 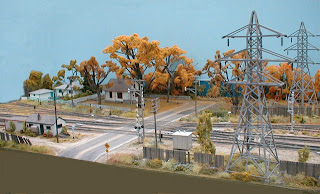 Dwight's module was featured at the 1999 NMRA convention in St. Paul, MN, and has been shown in Canadian Railway Modeller and Railroad Model Craftsman. 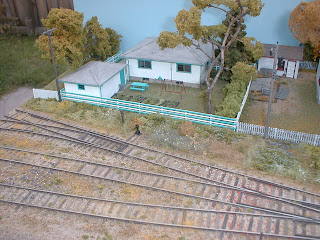 These days the module is in storage at Dwight's house; today he spends most of his model railroad time on the Assiniboine Valley Railway, a 1.6" scale,7.5" gauge “layout” located on a seven acre site at the home of Winnipegger Bill Taylor. On the AVR, Dwight is Vice-President in charge of "signals and control of nuts running reds." 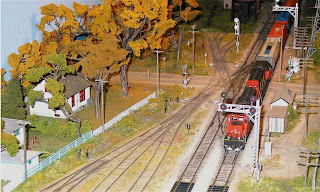