Straight Dope on Straightest Track in the World 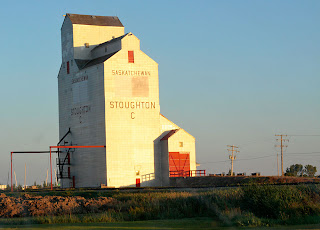 
But what would make those good citizens of Saskatchewan think they were number one?
This is where the part about learning something new every day comes in; unbeknownst to me, the 132 kilometre (82 mile) stretch of track between Regina and Stoughton is the longest section of straight track in North America, and the second longest in the world. (Something proudly noted on the town's website.)
The line was originally owned by the Canadian Pacific Railway, which arrived in Stoughton in 1904. Today it is owned by Stewart Southern Railway, a shortline that bought it from the CPR in 2010. The line runs for a total of 140 kilometres (87 miles) from the Crecy, on the CPR’s Indian Head Sub, to Stoughton.

The longest stretch of straight track in the U.S., by-the-way, runs for 127 kilometres (78.9 miles) on the CSX between Laurel Hill and East Arcadia, North Carolina.