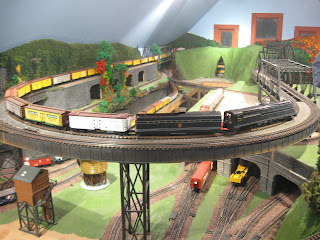 Does a Great Canadian Model Railroad have to be a layout set in Canada or featuring Canadian trains? Fortunately, no; being built by a Canadian also qualifies. Which is a good thing, or else I couldn't include Ron Loewen's three-rail O guage Fall in Pennsylvania layout. 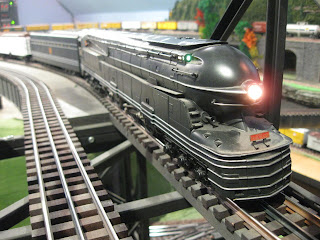 Actually, this is the second time I've featured Ron's layout on this blog. I recently went back to see it again, and took some more photos--it's definitely worth another look! 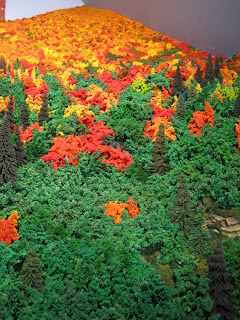 Ron's layout, which is still under construction, is set in his favorite state--Pennsylvania--during his favorite time--fall. In fact, that's what makes his layout so special; his signature scene is a hillside featuring colorful autumn leaves at the top, where the air is cooler, and green leaves lower down. Since the hill is about 8-9 feet tall, it's quite an impressive sight. 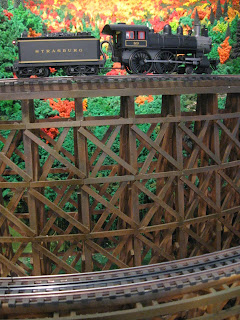 As mentioned in the earlier post, Ron's layout fills the second floor of his two-car garage; he uses MTH DCS to run four trains at time. Other features include a six-foot long bridge, tunnels, smoke, sound and a camera on a flatcar that allows visitors to view trains from an engineer's perspective on a TV screen in the layout room. 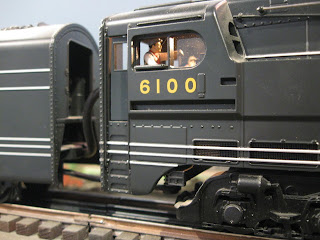 A video of Ron's layout can be viewed here. 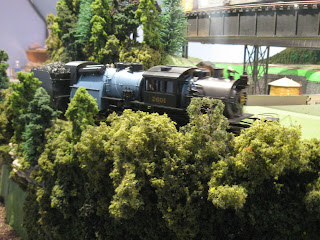 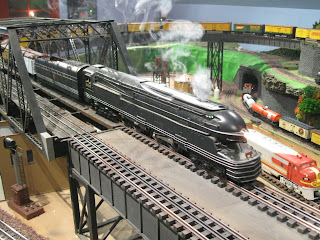 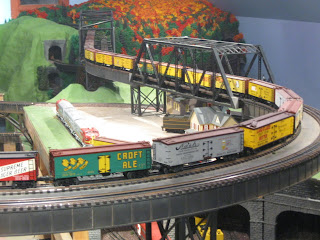 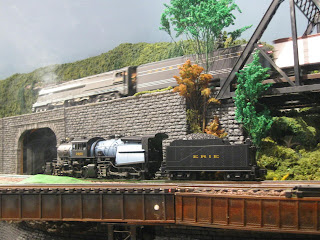 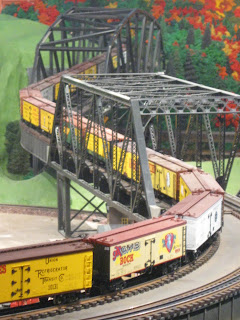