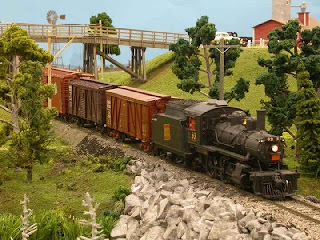 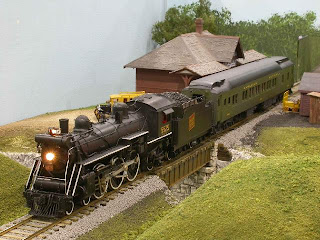 Formed in 1995, the group came together to show the fine scale potential of S scale. The first layout was an 11 by 20 foot sectional layout called the Ridgehill Central. The layout, which used code 83 rail, was dismantled in 2005 and replaced in 2006 with the FreeMo modular format. 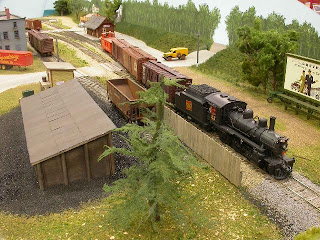 The current layout stretches over 100 lineal feet and is operated as a point-to-point, single track branch line with turntables at each end.

Track is code 83 and code 70 handlaid or Tomalco flex track. Many switches have been built using FastTracks fixtures. DigiTrax DCC is used to power the layout, and the scenery is cohesive from module to module. 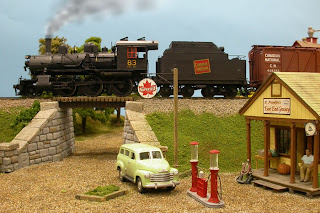 The layout was featured in the May, 2008, issue of Railroad Model Craftsman and Train 16, Track 2 issue of Canadian Railway Modeller.

The layout is shown 3-4 times a year, mostly in the greater Toronto area, although the group took it to Trainfest at Milwaukee in November, 2011—where it won Best in Show: Layout. The next big trip is to the big Springfield show in Amherst, MA. 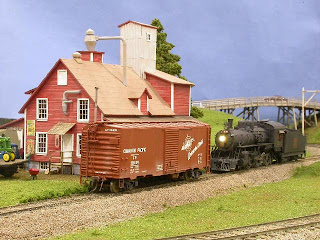 I guess that just leaves Zed scale (that's how we say "Z" in Canada) to go! 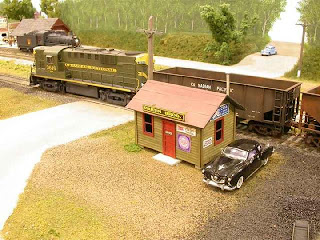 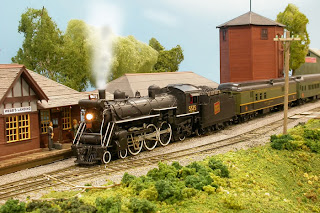 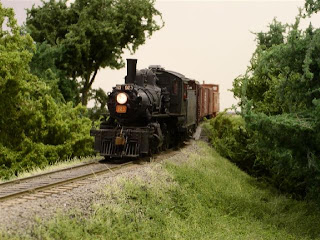 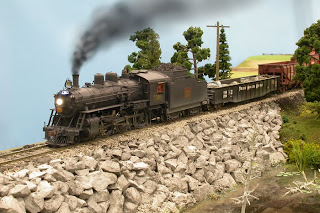 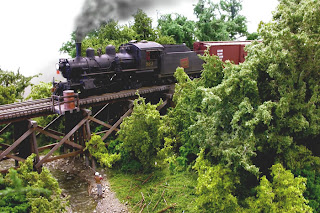 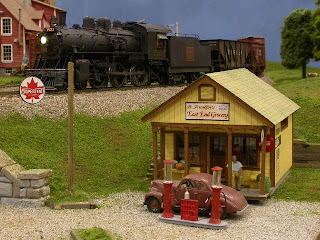