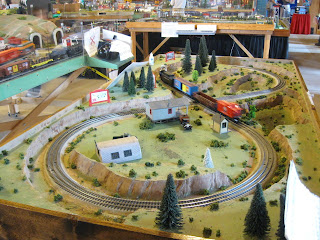 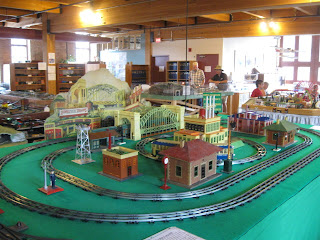 The Toy Train Division is a must-see place for anyone who likes three-rail model railroading—and even for those of us who model in other scales.

The Toy Train Division came about after a local modeler donated his extensive collection of Lionel trains and equipment to the Museum. In addition to the layouts, the Division features many displays of Lionel and other three-rail trains, along with a fully-equipped workshop. 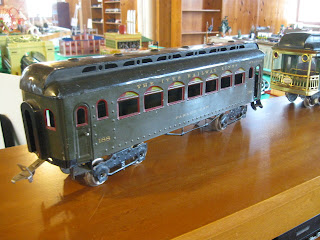 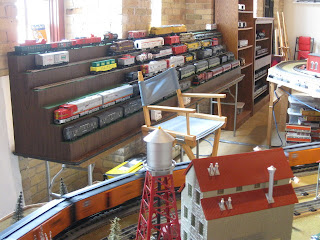 The Division has about 20 layouts, ranging from three-rail O scale to S, HO, N scale, Marx and Marklin. The day I was there I think 16 of them were in operation. Yes, it was noisy! 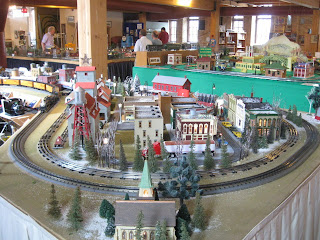 Several of the layouts are set up so kids can operate them; maybe this is where future model railroaders will come from. 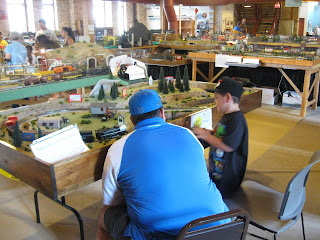 A highlight of the Division is the layout depicting the Minneapolis Mill District in the 1950s. It was donated to the Museum by Michael Corrigan, a former Minnesotan now living in California. The 16 by 30 layout was built by professional layout builder Clarke Dunham. See photos of that spectacular layout below. 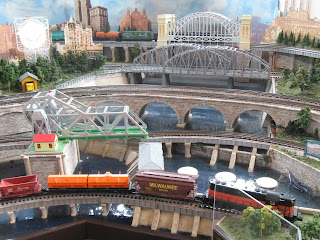 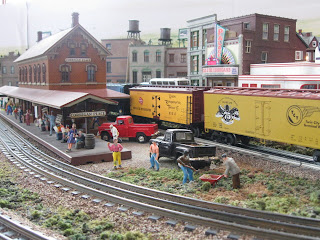 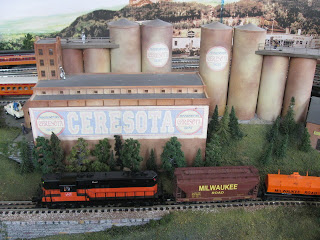 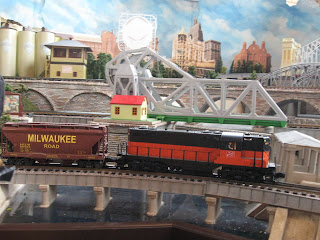 For me, the Toy Train Division was a trip back in time to when I was a kid, watching my Lionel trains speed around the track on the floor . . . and they still really speed! It’s impossible to take good photos of the trains at the Toy Train Division, unless you have a very fast shutter speed or they are standing still.

Entrance to the Toy Train Division is included in regular Museum admission. The Toy Train Dvision is only open on weekends, though. 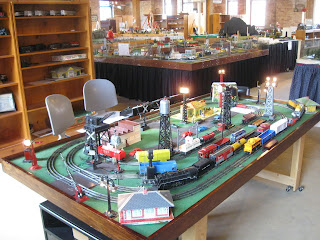 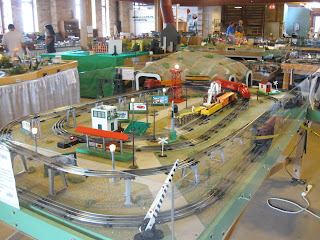